ZenSports: a social platform to find and connect with others to play sports

Looking for someone to play tennis with who has your skill level? Want to organise a pickup basketball game this evening, but have a hard time finding players? Then the launch of ZenSports could not come soon enough for you.

ZenSports is a mobile app that provides amateur and recreational sports players with a social platform to make the whole sports experience easier and more fun.
With the official launch on July 13, 2017, I interview ZenSports CEO and co-founder Mark Thomas to find out more about the startup.

ZenSports solves those pain points and provides two key things according to Mark. “The first one is discovery, so being able to find out what is going on. And two the social aspects of making that all happen. Whether it be messaging and posting, sharing photos and videos, live streaming, scheduling and setting up matches and everything like that. Those pain points are going to exist across all sports. So we are really providing a platform for any sport to be able to both discover and market, and socialise.” 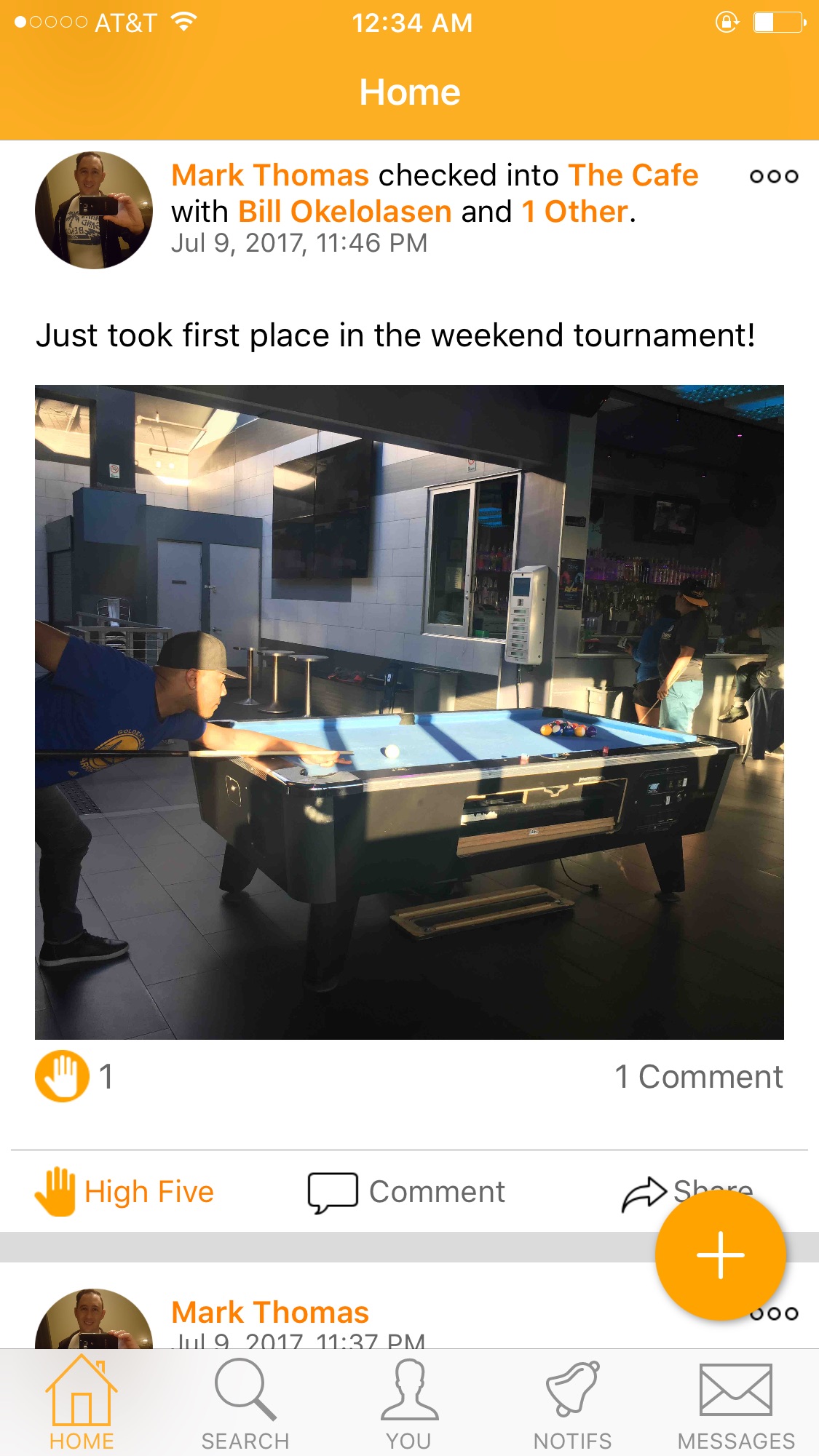 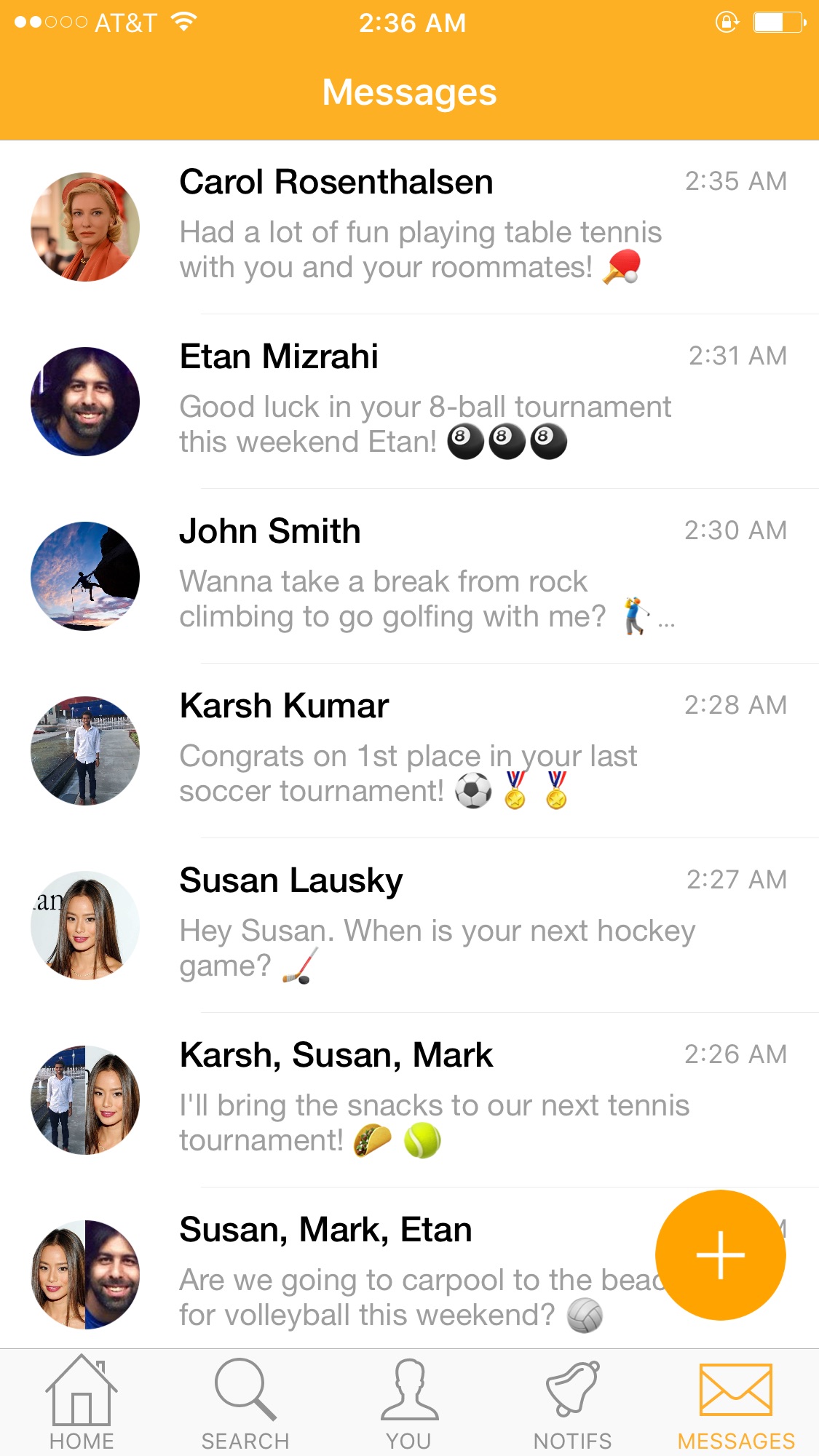 The application could thus be described as a social platform for the regular athlete that helps them go out and play, whether that is a tournament, a pickup game or a casual, social gathering. Yet the question remains what sets ZenSports apart from other social platforms?

“Even with the tools that are out there today, like Facebook and Meetup, it is not that easy to organise something. There is no guarantee that you are reaching an audience that cares,” Mark tells me. ZenSports changes that as it is solely focussed on sports and creates a community of like-minded people.

From beta version to launching a new version

In February (2017), the startup launched a lean first version to select pool players in the Bay Area (USA) to test the viability of the product and to find out what the user really cares about. The beta phase “really validated the point that there is definitely a pain out there among the recreational and amateur athletes to be able to actually go out and play,” according to Mark.

Since then ZenSports has added numerous great features to give regular athletes a complete experience. With the official launch even more features, especially social ones, are released. However great, could this broad approach be a risk for the startup?

“My take is no,” Mark says, “because I feel like we are striking the right balance between both being focussed and being broad. By focussing on just sports, but all the aspects of marketing and socialising within sports, I feel we both have a really good focus – because it is focussed on just sports – but also have a broad enough appeal that a lot of people can find something useful in the product.”

Although it is likely that “five to ten sports” will stand out, by covering all sports ZenSports wants to prevent excluding anybody and in that way missing out on creating a community.

Creating a community and getting traction is critical to have a successful app. Mark believes ZenSports has to start with the players and solely market to them to achieve that. “If you get the players in it and loving it, using it for their own experiences, to find other players, to find teams, to find matches, then you go, ‘Oh, by the way, we have this really great competition tool that allows you to market your competitions and also be able to run the brackets and manage prize money and all that kind of stuff.’ That is then a real end-to-end solution. So you get them in using the player feature and then hook them in with all the other stuff you offer beyond that.” 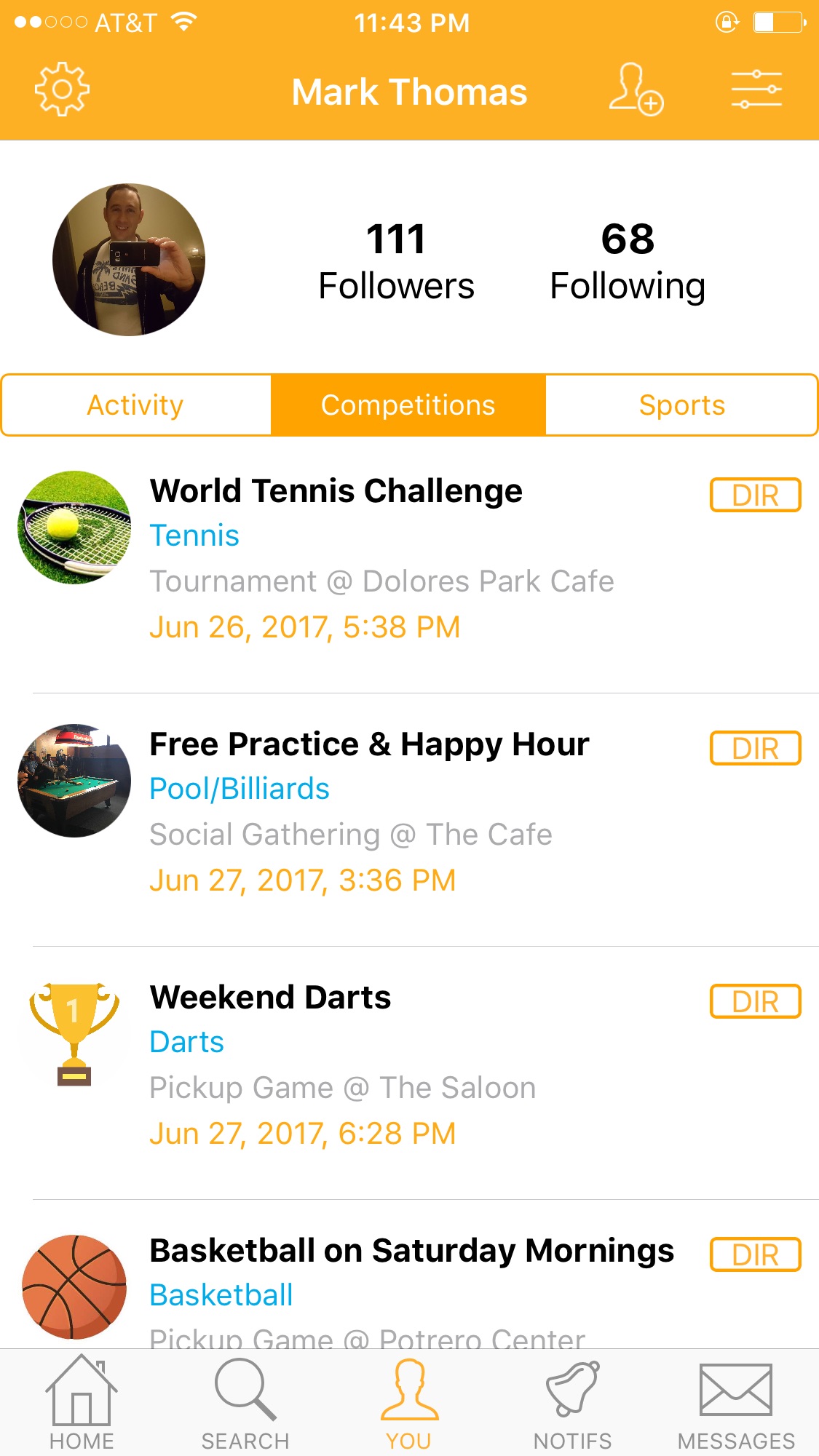 The ZenSports profile of CEO and co-founder Mark Thomas.

The beta phase was important in realising what is important to players. “So the player-aspect, the ability to find competitions, to register and pay for them with your credit card, chat with other players and stuff like that, that was really the part that people wanted to expand upon and that is what we are doing.”

Getting the word out

ZenSports uses a mix of both paid and unpaid marketing tools to get the app off the ground.
Mark goes into detail, “word-of-mouth is obviously very important for a project. That starts with the product itself. The product has to be good, people have to find value in it, people have to like it, and people have to want to tell others about it.

“Secondly, we implemented some viral types of features. So when people post within ZenSports they can share those posts externally to other social media platforms, like Facebook, Twitter, LinkedIn etc. When people click on those links in those products, if they don’t already have the app, they get taken and prompted to download the app first and then get taken right to that exact spot within our app that they clicked on from the shared post. If they do already have the app, they get taken right to the spot in the app where that post was shared. We can basically piggyback off of other media products.

“We are also going to implement the ability to invite your Facebook friends, to invite your contacts and that sort of thing. More of a self-marketing type of tool that we give to players.”

In addition, ZenSports uses paid marketing tools, like Google and paid promotions, and will be exhibiting at conferences and trade shows.

A smart and modern tool applied is the use of brand ambassadors and influencers. Mark explains how it works, “players that are passionate about sports, that play sports, and that are going to be the marketing arm for us out there and spreading the word about ZenSports. Getting their friends on board using it, creating a community, letting people know all the cool things we do.”

With a brand ambassador in Ireland and in the process of getting another two in Asia, ZenSports clearly wants millions of athletes worldwide to start using the product. And although Mark and the team are solely focussed on user growth right now, they eventually would like the app to generate a profit.

The platform offers a lot of ways to make money besides the traditional add-model (which they are not yet planning on using). Taking a percentage of all credit card entry fees in one such source that is already in place. Luckily the beta phase showed that both directors and players “like how easy it is to register and pay for entry fees”, making it a useful and revenue generating feature.

In the future ZenSports could actually “build a marketplace for players to buy and sell sporting goods”. Mark believes there is definitely a market for this after players asked him about it. It could even be “one of the biggest revenue opportunities” for the startup.

For now Mark will focus on building a community by using their mobile-only app (iOS and Android). Eventually a desktop version may be required, but as Mark explains, “what we have from a product perspective right now is perfect for this very date and time. There is enough people using smartphones to be highly visible, but at the same time the technology is not anywhere close to being stale.”

Add this right time frame to the simplicity of using and switching to ZenSports and the many pain points it solves, and the app has all the ingredients to get enormous traction and become a success.

Having had multiple startups, including one that raised over 1.5 million dollars before eventually being sold, Mark has seen the formula of success. So what advice would he give to sports entrepreneurs?

“I think that there are a lot of similarities between both playing sports and actually building a sports technology product. The most important trait by far for both technology entrepreneurs as well as athletes is perseverance. Maybe even a bit more with building technology products, because there are going to be so many roadblocks. And one of the things that chews people up and spits them out in technology and in the startup world is people come across a roadblock and they just give up. You just can’t. You have to be ridiculously perseverant. You have to be willing to get through all of it.
“I would say the same thing when you are actually playing sports. Most people hit a wall in terms of their skill level and it is the ones that persevere – those are the ones that ultimately succeed.”

Later this year Mark wants to do a major round of fundraising for ZenSports to bring the company and product to a next level. What is important in that process?

“The most important thing in fundraising is traction. Have a product that people actually use and love, because traction trumps everything. If you have traction, that is proof in and of itself that what you are doing, that you are onto something.”

Fundraising is also all about sales, according to Mark. Being in a startup hub like Silicon Valley does not hurt that process. “It is no different then trying to sell your product. In this case you are selling equity in your company to get money. And so being really a good sales person, and getting out there and networking with people, networking with investors, meeting up with them, following up with them and knowing how to close deals is really important.”

ZenSports has officially launched on July 13, 2017. Do you want to know more about ZenSports check out their website or download the app on iOS or Android.