In it’s rookie year the Singapore WTA Championships attendance figures reached a new high with a total of 129,000 people attending and sold out crowds in 4 of the 11 sessions. These numbers are proof of a successful, yet small, first step towards the WTA’s goal of becoming ‘the most exciting entertainment in sports’.

This year’s total attendance of 129,000 fans is an increase of 84% compared to 2013. Compared to the 69,983 of last year’s event in Istanbul, Turkey, the WTA has done a great job in increasing the size of the event. An increase in attendance was expected as the event expanded from six to ten days. The WTA has transformed the WTA Championships from a tennis event into a full size entertainment spectacle. 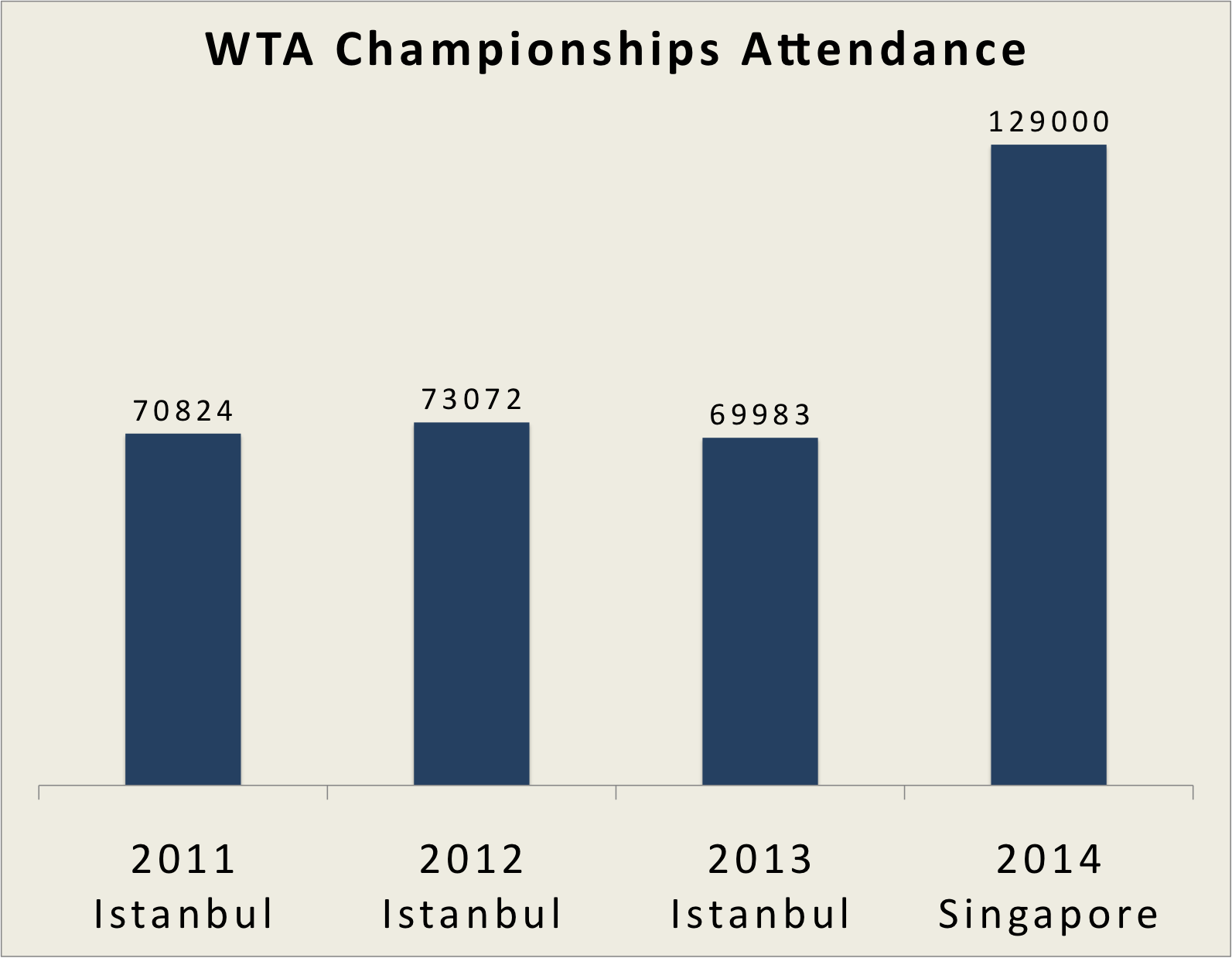 Breaking down the numbers 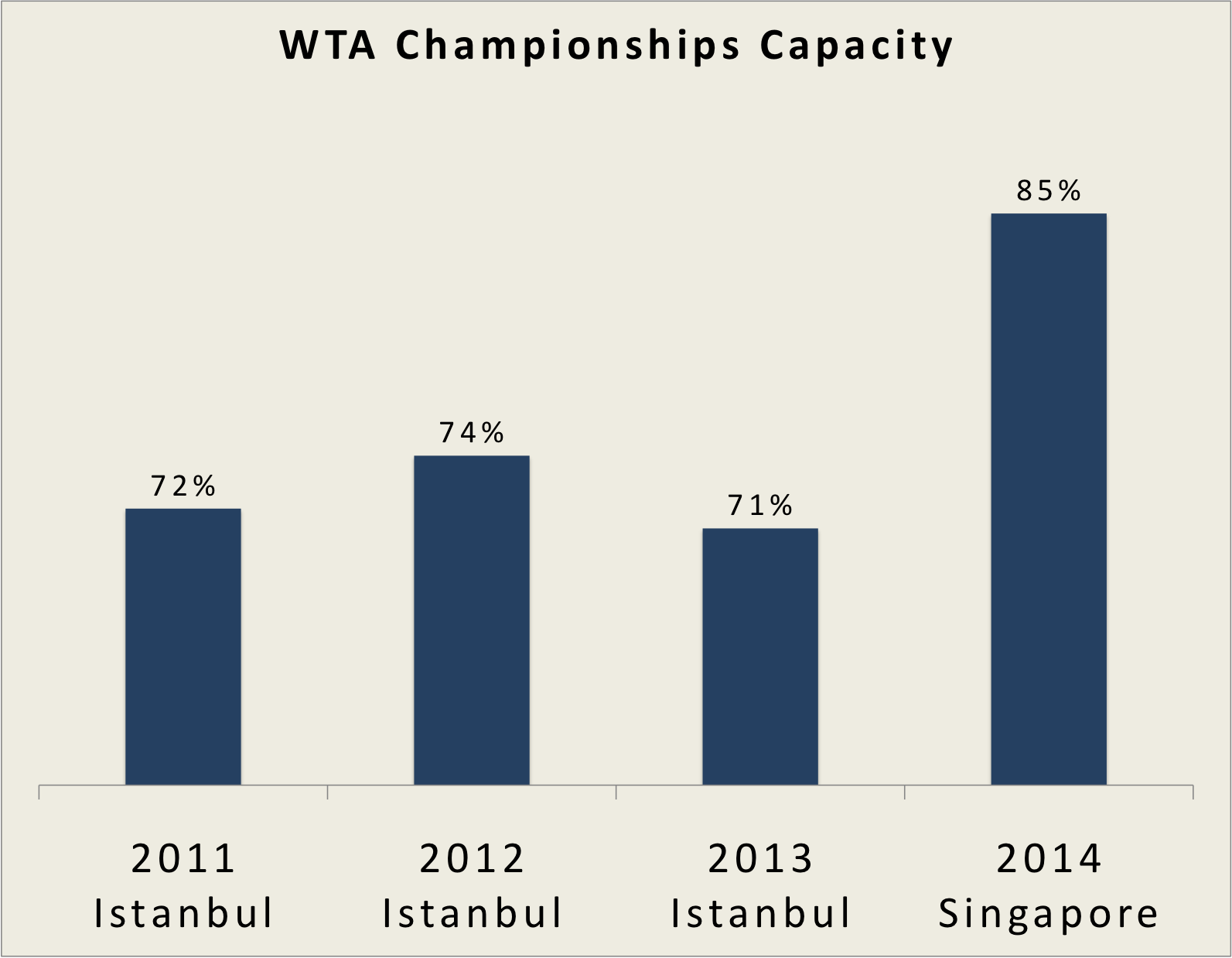 Online presence of the WTA

In addition to increased attendance figures, the WTA reported an overall increase of 127.6 percent of page impressions among their websites. The WTA Championships attendance across the web and social media were also up, with more than 60 millions fans engaging online during the event.

Obviously the WTA Championships Singapore has had a great first year when looking at the attendance figures. By increasing the event in size and scope the WTA could have been pretty confident the numbers would go up and they have. It will be great to see whether the event can perform even better next year.