The FIFA World Cup 2014 is about to start and the world will be watching. Brazil is one of the favorites to win the trophy this year and it will be exciting to see whether they can fulfill the Brazilian dream of winning on home soil. It will not be easy as luck always plays a part in tournaments. In addition, temperatures and travel distance will impact this year’s World Cup. The latter is something Score and Change wrote about earlier in the year when discussing base camps.

Back then it was observed how some nations have been lucky in the draw, because they will face far milder condition than others. For example, Belgium (group H) has been lucky while Italy (Group D) could hardly face worse conditions. These factors might lead to some surprising results.
Besides the challenging conditions, some groups are stronger than others. A lot has been written about group B (Spain, Netherlands, Chile and Australia), D (England, Uruguay, Costa Rica and Italy) and G (Germany, Portugal, Ghana and USA) and the strong teams that are battling it out in those groups. But what do the numbers really say?

Based on the latest FIFA World Cup (June 5th 2014) ranking we can conclude that group D and G are indeed ‘tough’ groups followed by group E. The fight for the top two spots in group D, which includes three top-10 countries, is a must-see battle. They will start their group matches on Saturday. Group B has three nations in the top 15, but also includes Australia, the lowest ranked World Cup participant. 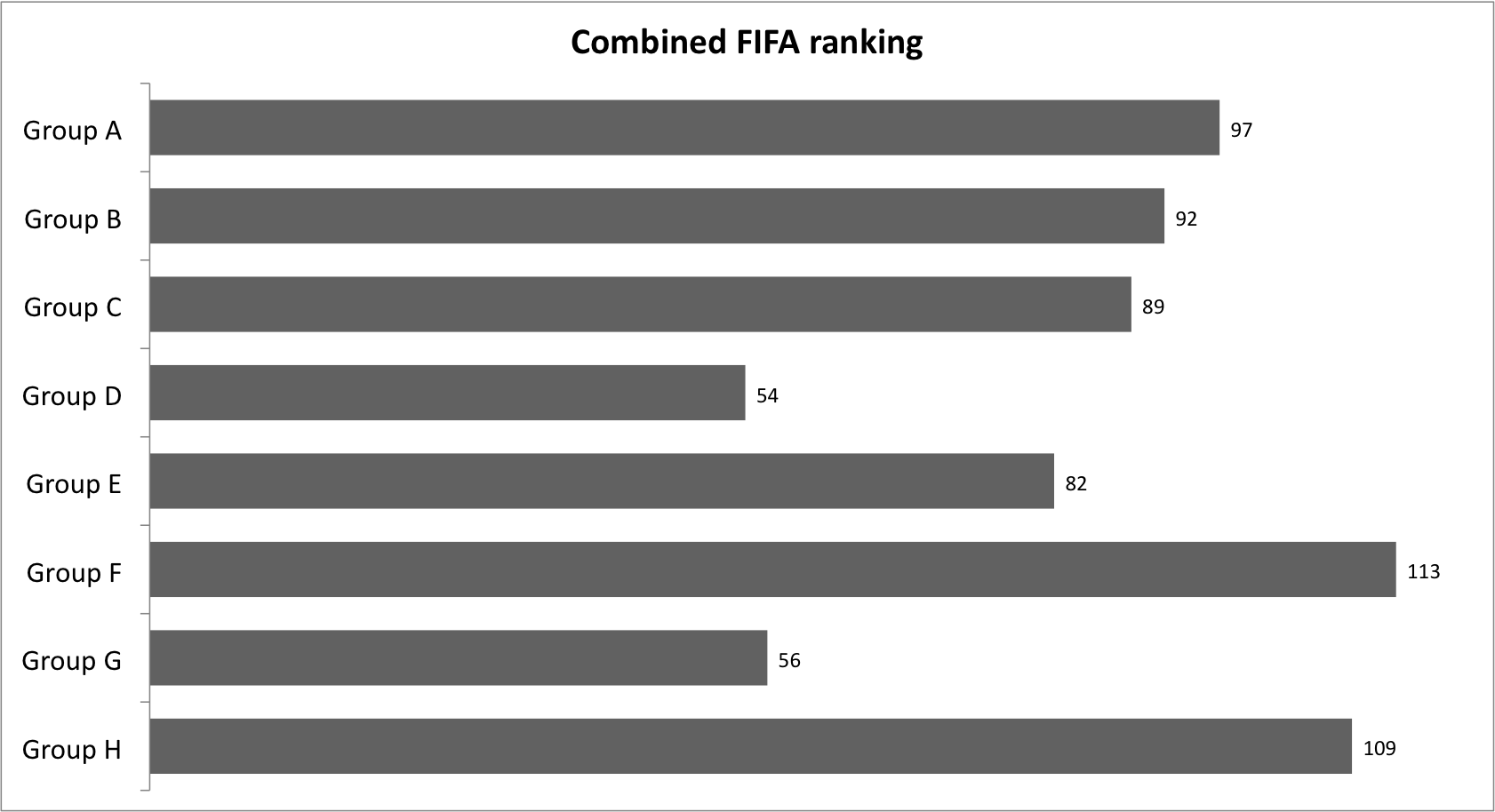 Statista.com published a list of the value of each nation participating in the 2014 FIFA World Cup in Brazil. The top three is comprised of Spain (622 million Euros), Germany (562 million Euros) and Brazil (467,5 million Euros). When looking at groups it is group G that has the most value with a staggering 1013,4 million Euros combined. While group B and D follow respectively. 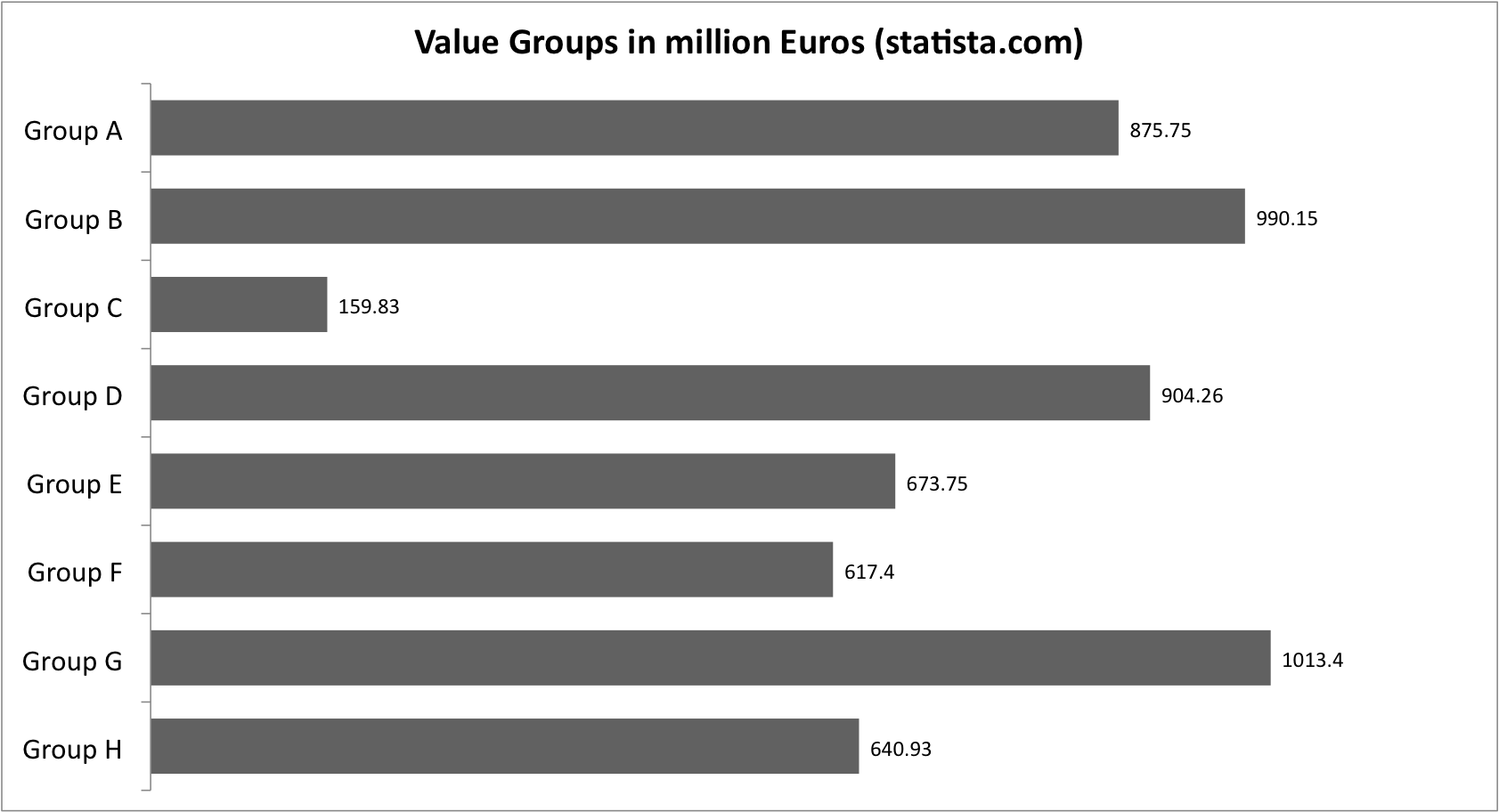 Although the amount of trophies says something about the past and not about the present, it gives an indication on how the countries generally perform at the World Cup. Group D is again on top, having won a combined seven World Cups. Group A follows with five, all won by host nation Brazil. And group G completes the top three with three World Cup trophies. 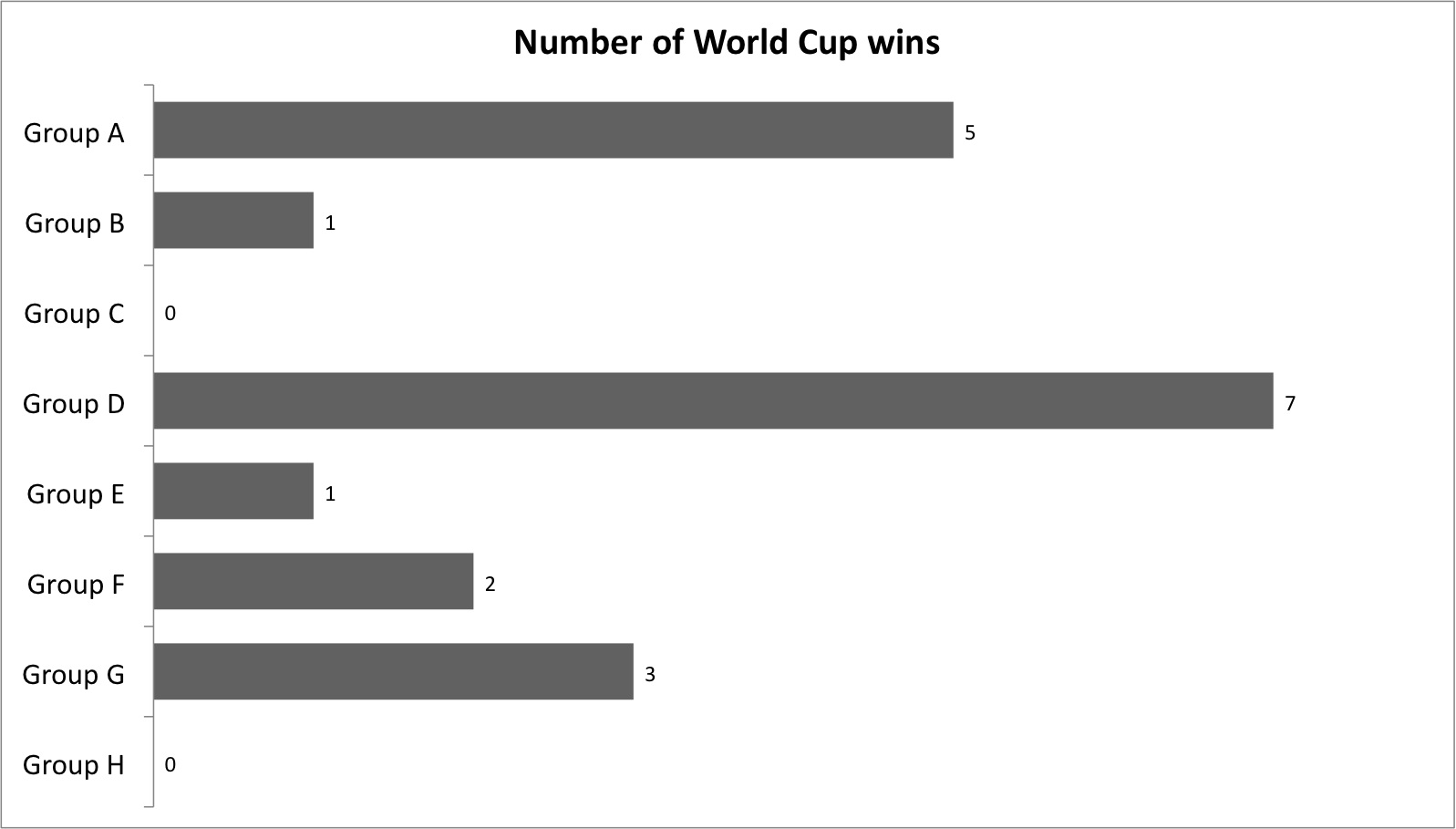 Group D and G are the toughest

So based on these three factors, group D and G are indeed the toughest groups (probably followed by group B). Besides being the highest ranked groups, the groups also have the highest combined team values. Group D even has the most World Cup wins between them. While both groups have one of the worst possible playing schedules (see previous article on base camps and climate).
Based on the same criteria group C (Colombia, Greece, Ivory Coast and Japan) and group H (Belgium, Algeria, Russia and Korea Republic) can be seen as the ‘weakest’ groups at the World Cup (although group C’s playing schedule is tough).

In the end it does not matter whether you as a nation have a tough group or not. Because to be named World Champions you have to be able to beat everyone, anywhere!