Where to play fantasy tennis online?

Fantasy sports are getting more and more popular. New sports are added, daily fantasy sports is growing and sports organisations like football leagues run their own fantasy games.

So how is fantasy tennis doing compared to the success of fantasy sports in general?

Where can I play fantasy tennis?

At the moment there are limited opportunities to play (daily) fantasy tennis.

The two main fantasy sports providers, DraftKings and FanDuel, do not offer fantasy tennis. Neither do websites like ESPN and Yahoo, while they do offer their visitors several other fantasy sports.

Tennis Australia launched the Fantasy Tennis League for the 2017 season and will be back in 2018.

As probably the biggest online fantasy tennis provider, the league runs the entire season and covers almost all ATP and WTA tournaments and Grand Slams.

From a $100 million transfer budget 16 (WTA and/or ATP) players have to be selected, including one captain and three key players. After the start of the season three trades per week are allowed, with a total of 72 trades per season.

There are no monetary prizes attached to the free-to-entry Fantasy Tennis League. But monthly and seasonal prizes are awarded, including the main prize of tickets to the 2019 Australian Open men’s final (prize for 2018).

Sportito is a daily fantasy sports contest provider that also offers daily fantasy tennis contests across selected professional tournaments. For example they have daily contests during the Grand Slams and Davis Cup.

In contrast to the Fantasy Tennis League and other fantasy sports, their daily contests spare you from the problems a season-long contest could give you.

A fee is required to participate, but in return monetary prizes are up for grabs.

Zweeler organises fantasy contests for various sports. Fantasy tennis players can enter contests that are based on one ATP, WTA or Grand Slam tournament or that run during the whole season.

Since 2017 Tennis Prophet provides fantasy tennis contests around the ATP tour. There is no fee required to play and non-monetary prizes like tickets and vouchers are up for grabs (monetary prizes will be awarded in the future).

We interviewed Tennis Prophet about their fantasy tennis platform. 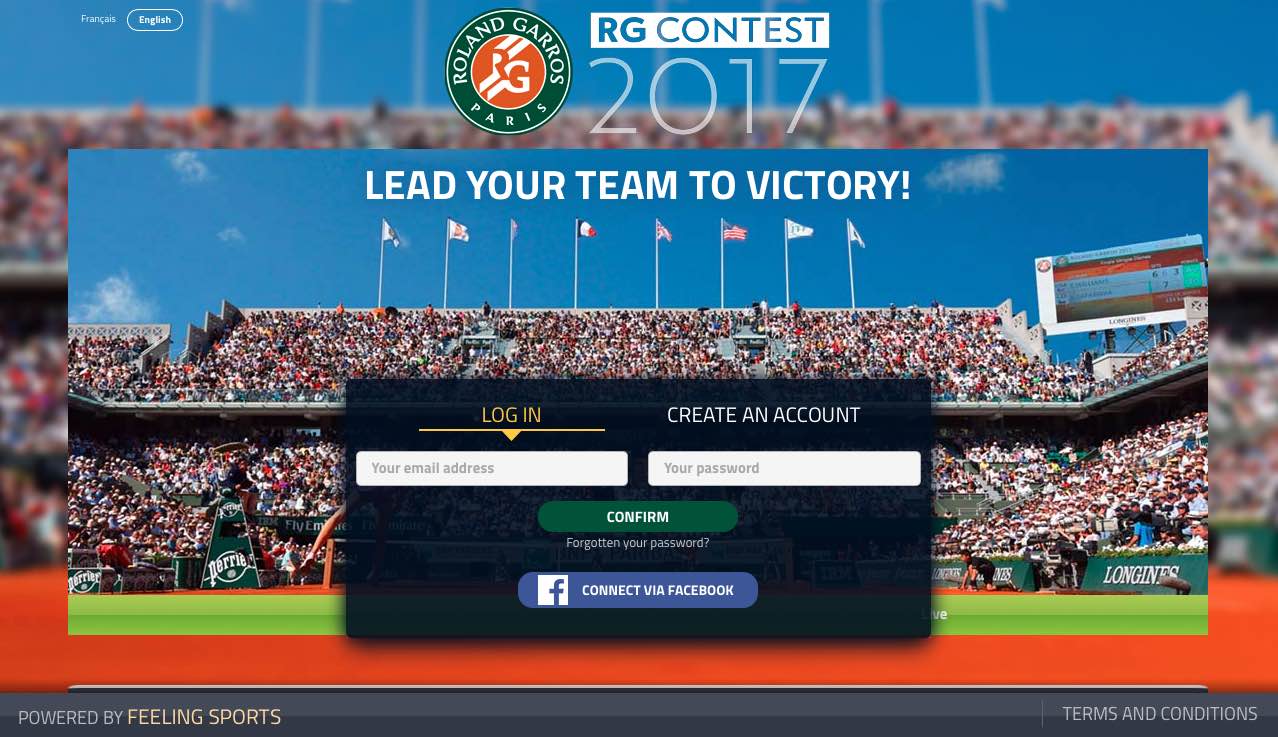 In 2017 Roland Garros held a fantasy tennis contest around their tournament.

Fantasy players had to select players during each real life round of the tournament. Everyone had to select a minimum of eight players, to be chosen with a ‘budget’ of 15 yellow balls.

Besides the overall competition, participants could create private groups. By recruiting others to join the contest, players could earn extra yellow balls and thus increase their budget.

No monetary prizes were awarded for the 2017 winners, but fantasy players could win Roland Garros tickets and tournament branded products.

Whether the fantasy tennis contest will make a return in 2018 has to be seen.

Given the limited amount of providers, you would think fantasy tennis is not that popular. Especially when comparing it to other fantasy sports like football, basketball and American football.

Yet there must be potential for fantasy tennis. Tennis Australia announced the second edition of the Fantasy Tennis League saying that since its launch in 2017 “tens of thousands of fans” played the game.

Will fantasy tennis become as popular as some other fantasy sports?

So far fantasy tennis is small with limited opportunities to play and win prizes. This could change of course when DraftKings, FanDuel or another organisation enters the market.

How the Fantasy Tennis League will fare in its second year is likely an indication of how ready tennis fans are for fantasy sports.

With match fixing problems affecting the sport in recent years, fantasy tennis could well become an exciting alternative to betting.

Whether it really takes off like other fantasy sports remains to be seen. At the very least organisations like Tennis Australia and Roland Garros give fans an interactive experience.