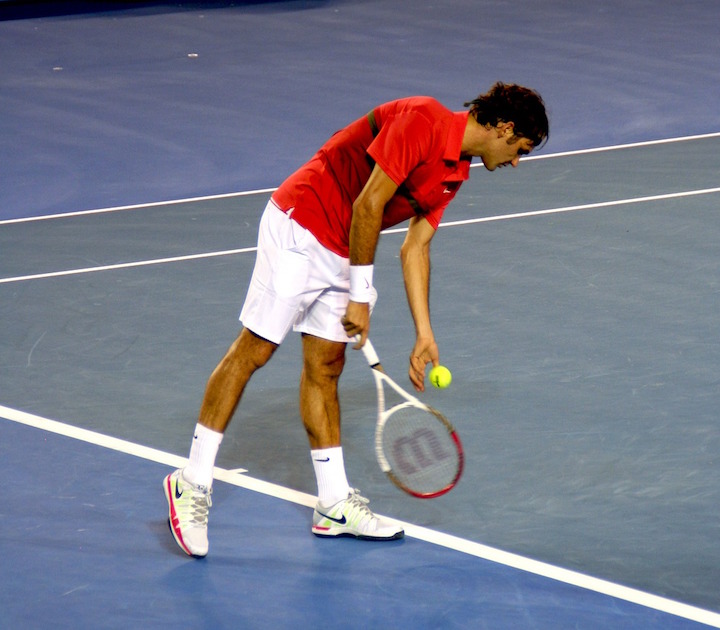 Roger Federer has a balanced team around him that handles the business ‘Roger Federer’. His brand-recognition is high. Helped of course by the Swiss’ on-court performances and charisma. In the first part of The Brand Roger Federer we discussed Federer’s sponsors. His partnerships make him one of the richest athletes alive.

With performances and endorsements often come opportunities for businesses and investments. In contrast to rival Rafael Nadal, Federer has not (yet) become an overly busy entrepreneur. At times though, he also jumps on business opportunities.

In this article we take a look at Federer’s businesses and business investments, including:

Federer founded the Roger Federer Foundation in 2003. Fulfilling the wish of his family – who are also part of the Board of Trustees – and himself to give something back. The foundation “wishes to empower as many African children as possible through access to high-quality early learning and education” and “promote under-privileged children in their recreational activities” in Switzerland.
By the end of 2018 the foundation wants to have reached over a million children.

We took a look at the Roger Federer Foundation in Philanthropy: How Federer influences the future of a million kids.

Raising funds with Matches for Africa

One of the ways Federer raises funds for his foundation is through ‘The Match for Africa’. In March of 2018, the fifth edition took place, featuring Jack Sock, NBC Today Show co-host Savannah Guthrie and Microsoft-founder and philanthropist Bill Gates. The exhibition doubles and singles are televised and the proceeds – over $2 million from the fourth edition – go to Federer’s foundation.

In 2013 Federer started sports management agency Team8 with agent Tony Godsick and the backing of two investors. Based in Cleveland, the agency looks after the interests of a small number of athletes. Federer himself and Argentinean Juan-Martin del Potro are two of the athletes in the firm’s stable. Team8 also represented Grigor Dimitrov for a while.

One such event is the Laver Cup. The Cup, named after Australian tennis legend Rod Laver, is an annual tournament in which Team Europe faces off against Team World (non-European players). After a successful inaugural edition in Prague, the second edition of the Laver Cup will take place in Chicago in 2018.

One of Federer’s sponsors, airline company NetJets, is in a way also an investment for the Swiss tennis legend. The American airline company sells part ownership of their private aircrafts. In return owners, like Federer, have guaranteed access to specific aircrafts for a certain number of hours.

In November 2019, Federer announced a partnership with Swiss shoe brand On. The deal is not a sponsorship, but rather a business agreement. Federer will work with the company as entrepreneur and use his experience to help On with “with product development, marketing and creating new experiences for fans”. The first products Federer helped develop will be released in 2020.

So far Federer has not built an extremely wide business portfolio. However, The Roger Federer Foundation and management company Team8 give him plenty of business opportunities for after his career.

Read the first part of The Brand Roger Federer about Federer’s sponsors.