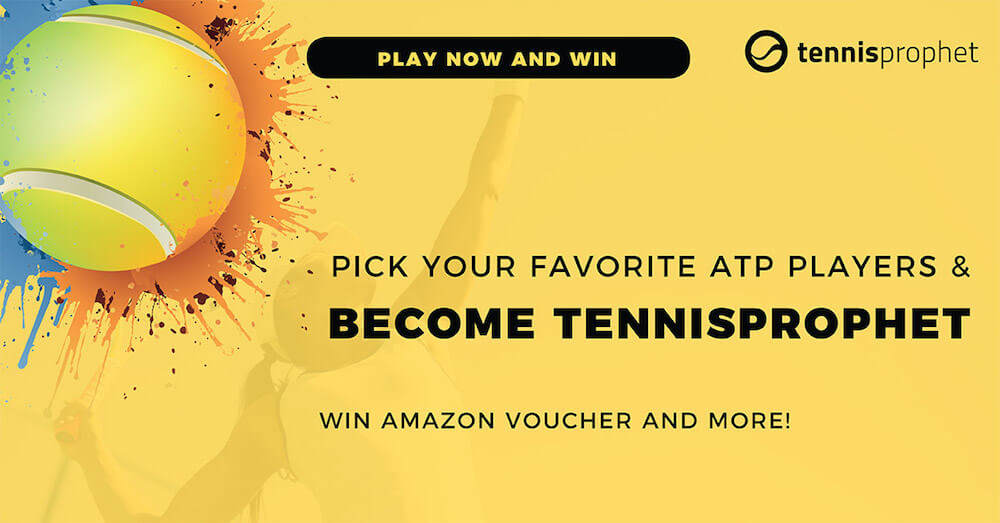 Fantasy sports is on the rise, but fantasy tennis has yet to truly catch on. There are just a few fantasy tennis contest providers out there. German startup Tennis Prophet is one of them.

With their second season kicking off, we interview the team behind Tennis Prophet about their fantasy tennis website.

At the beginning of 2017 four tennis-crazy guys, including an IT expert and graphic designer, launched Tennis Prophet. The online platform offers fantasy tennis contests around the ATP tour (tennis tour for men). “You have to register and then you get points if you have the right players. At the end of the contests the player with the most points gets a prize. Or win the contest actually.”

In the first year “more than 400” people played fantasy tennis on TennisProphet.com. “That is ok, we work on it to get more. But it is not that easy actually”.

For 2018 a target of 5000 players has been set. For now the main focus is on Austria and Germany to realise that goal. Yet Tennis Prophet players come from across the world. “I think 30% [of the players is] from Germany, 20% from Austria and the rest from all over the world,” the team says before sharing that last year’s winner was actually from Italy.

Prizes up for grabs

Like many other fantasy sports providers, the platform allows players to form their own leagues with friends and family. Yet those leagues are “not allowed to play with money on Tennis Prophet right now”.

Tennis Prophet has plans to award monetary prizes themselves in the future. Currently players can win vouchers, other non-monetary prizes, like tickets to tennis matches, and of course bragging rights.

To award great prizes the team hopes “to get some partnerships with big companies”. In 2018 Lacoste is one of their partners. The French clothing company has provided vouchers for contest winners. Another partner, cruise line MSC Kreuzfahrten, might provide vouchers for the Australian Open contest winners.

Tennis Prophet also aims for partnerships with the Austrian Tennis Federation, which may lead to tickets to the next Davis Cup tie in Austria, and other tennis events like the Erste Bank Open in Vienna or in Hamburg. 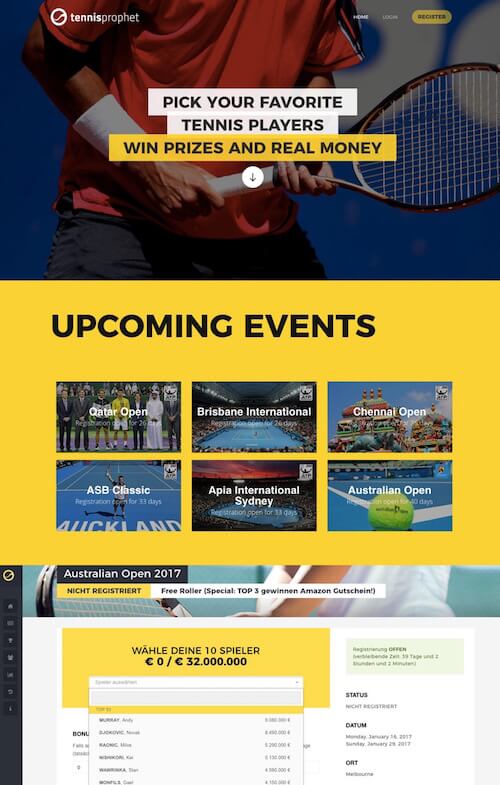 How is Tennis Prophet marketed?

Tennis Prophet has several ways to get the word out about their fantasy tennis platform.
They start within their own communities, recruiting people they know. They also partner with big (tennis) organisations and try to get the word out on Instagram. What else?

“We are thinking about a TV commercial, a spot, and place it next to the matches of Dominic Thiem. That is for the moment only in Austria, but we know there are a lot of spectators. And we hope that we can get more and more members.”

Having grown to a five-men team, Tennis Prophet has never relied on investors to get the platform up and running. Combine that with the high cost of developing an app, and it is logical that they only offer their contests on their website for the time being.

In the future the team wants to earn revenue, even though it is free to play fantasy tennis on the platform. “At the moment we are writing a concept to earn money with fantasy tennis”. One option may be a “premium membership” that gives players extra features in return for a fee.

With the first year behind them, they share that time to grow the business, or rather lack of time, is the main problem they have encountered. “We don’t have the time actually. Because everybody is working on their main work and it is on the side. And it is very difficult to do it on the side.”

Yet even as a side hustle, Tennis Prophet recruited a respectable 400 players in its first year. So what advice would they give to people starting a sports business?

“You have to know a lot of people in the sports industry and you have to know the business. It is a very hard business and nobody cares about you. You have to focus and talk to all the people. And always call them again and say: ‘what do you think? Can we do it or not?’”