It is the end of pre-season as leagues across Europe start a new campaign. Pre-season is a time to prepare for the upcoming season, to build fitness and do some fine-tuning. In addition, more and more clubs see it as a commercial opportunity. It is an opportunity to grow as a brand and to increase revenue. Many major European sides travel the world to play friendlies in new markets and in front of new fans. As these new markets are targeted, the focus of pre-season seems to shift from prepping to branding.

In the last month European clubs have crossed the globe to play friendlies. Many clubs played in the USA (as you can see above). The football market in the States is growing and it is therefore a perfect time to target this area. Also given the successful World Cup run of Team USA. Some clubs are clear about their interest in targeting markets such as the USA. Bayern Munich for example launched a new website and online shop solely targeting US football fans. It is ‘another major component of the North America strategy’ according to Bayern’s director for internationalisation and strategy Jörg Wacker. ‘The 60 million soccer fans in the USA can now follow the news and action at our club even more closely’. They even opened a new office in New York as part of the ‘internationalisation drive in North America’. 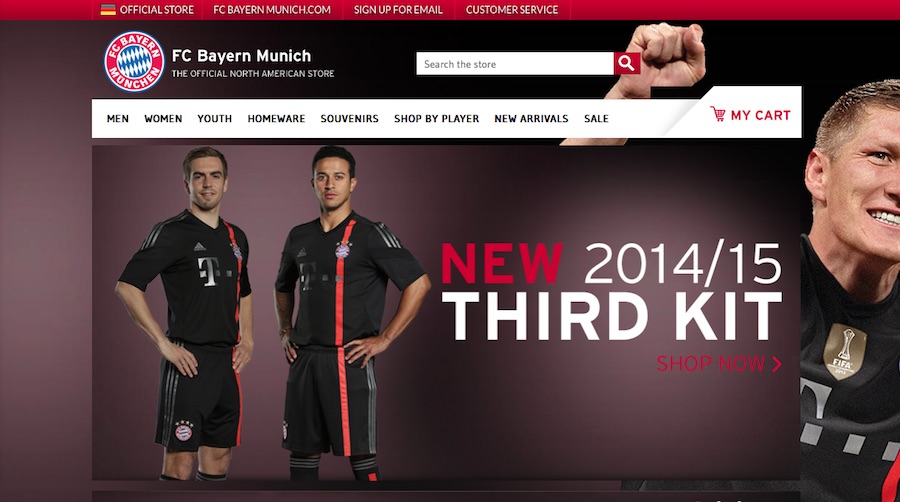 It cannot be a surprise European sides are finding their way to the States. A potential market of 60 million football fans will do that!

Targeting US football fans and other markets

Preparations for the new season can be done within Europe where there are more than enough quality sides to play against. But clubs travel across the world, because they want to target and conquer these (emerging) markets. And not only clubs like Bayern Munich are interested in targeting US football fans or those in Asia. Leagues themselves are interested too.

Javier Tebas, president of La Liga, recently expressed the desire to capitalize on the possibilities of the US market. “The US is the sports marketplace par excellence’, according to Tebas, who sees La Liga as the best league in the world. Insisting that La Liga can close the revenue gap with the Premier League, Tebas wants to conquer the US market and deliver a product to the millions of potential fans. (Telegraph article: La Liga keen to exploit Latin American support in United States by exporting Spanish game)

Yet conquering new markets by playing abroad is not limited to pre-season. For example the 2014 Trophée des Champions was played between PSG (Ligue 1 champions) and Guingamp (Coupe de France champions) in front of almost 40,000 people in Bejing, China. Since 2009 the Trophée des Champions has been played in Canada, Tunisia, Morocco, USA, Gabon and now China.

The commercial value of targeting new markets is immense. Interacting with and growing the fan base is of course one of the targets of overseas friendlies. During the Guinness International Champions Cup this pre-season, Manchester United and Real Madrid played in front of 109,318 people. It was a record-breaking crowd during a football match in the USA. During their complete US-tour, Manchester United played in front of over 350,000 people. That means 350,000 people that have seen their brand, their sponsor and might buy their merchandise!

Pre-season tournaments often award a reasonable monetary prize, but the commercial revenue coming from such interaction with (new) fans is far more important. Unfortunately, exact numbers on how much clubs benefit from these tours are hard to give.

Although the commercial advantages of a pre-season tour seem to be immense, there are also downsides. After all pre-season is a time to prep for the new season – to get the team spirit and tactics right. Ten out of twenty Premier League sides traveled over 16,000 kilometres this pre-season, with Newcastle United traveling almost 40,000 kilometres. With little recovery time between matches, the players get tired and there is no real opportunity to train – to prep. Coaches as Arsene Wenger (Arsenal) and Louis van Gaal (Manchester United) expressed their concern about the amount of traveling and the effect it has on the players. Fatigue occurs and therefore the chance of sustaining injuries increases.

Yet targeting overseas markets has been a trend for years. Targeting US football fans has recently gotten more important. More clubs and leagues are seeing real opportunities in these foreign markets. Although the impact on players, and therefore the season, has to be taken into account and not underestimated, it is a great commercial development. Not only for the size (brand and revenue) of European sides, but also for world football.