Super Bowl: much more than a sports match 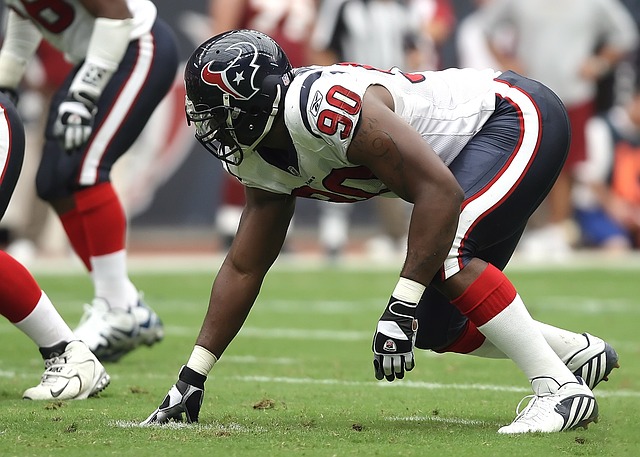 The 51st Super Bowl – the final of the National Football League (NFL) – takes place between the Atlanta Falcons and New England Patriots at the NRG Stadium in Houston, Texas on February 5th. An extraordinary spectacle that few other sports events can match. The Super Bowl is more than an American Football match. It is an entertainment event profiting the league, sponsors, fans and the local community.

The Super Bowl is a good example, if not the best, that sports matches are entertainment events these days. Fans are looking forward to the match, but are just as well interested in the Halftime Show – this year with a performance by Lady Gaga – and the expensive commercials. 30-second commercials that companies paid 5 million dollars for in 2016.

The Halftime Show and the commercials have become standard features of the Super Bowl and contribute to the event’s status. They make it more appealing to fans and to people who do not like the sport. Last year more than 110 million Americans watched the Super Bowl at home, with a spike in ratings around the Halftime Show. The live streams of broadcaster CBS were also well watched. 1.4 million people per minute supposedly watched the final via CBS’ online channels.

Outside of the United States – where the NFL wants to enter new markets and has already played matches in London and Mexico – there is also interest in the Super Bowl. The fiftieth edition was broadcasted in over 170 countries last year.

The Super Bowl is the ideal moment for the league to market the sport. It has something grand that few sports events have. Where the sport American football has been lagging somewhat internationally with regards to participation, it is able to attract people worldwide due to the Super Bowl’s entertainment value.

Week of the Super Bowl

The match takes place on the first Sunday of February, but events are already being organised to guarantee the so-called legacy of the 51st edition. Especially in the week leading up to the match, the organisation committee, together with various sponsors and the league, offers numerous activities around Houston. The various interested parties make optimal use of the size of the event, while (local) fans can fully enjoy the festivities.

Take for example the Super Bowl LIVE – the nine-day fan festival in the city Houston that can be visited for free. Live music and performances, interactive exhibitions and good food have to bring the Super Bowl atmosphere to the fans and promote the city.

The signature attraction of Super Bowl LIVE is the Future Flight. Built by the NFL with the help of NASA and several aerospace companies, it uses virtual reality and a drop tower to let fans experience how it is to travel to Mars. An innovative way to offer people something interactive and unique, while at the same time promoting a local treasure – NASA.

The NFL also organises the NFL Experience Driven by Genesis – a fan village with numerous activities – in the build up to the Super Bowl. Such fan villages can be found at many major sports events, like at the European football championships in France last summer, and are often carried out in cooperation with sponsors.

The NFL Experience at the Super Bowl will be an interactive theme park where fans can participate in games and clinics, can buy official merchandise and where sponsor VISA will hold autograph sessions with NFL players from the present and past. A virtual reality experience will be offered here as well. Moreover, personalised digital photos can be taken, fans can face off in a sprint against NFL players on LED screens and there is a display of Super Bowl rings.

In contrast to the Super Bowl LIVE experience, this fan experience is not free of charge. The NFL receives 35 dollars per adult and 25 dollars for children under 12. Although not free of charge, many fans and families will make the trip to the NFL Experience. It is an experience that comes closest to attending the match. Tickets are hard to come by or not affordable. The NFL has offered a part of the stadium tickets through package deals (tickets and several extra experiences and advantages) with a minimum price of 5799 dollars. On the secondary market the ticket price (without extras) was already over 3000 dollars in the third week of January.

Those that have been able to get tickets, also have access to a fan village. On Super Bowl Sunday, GameDay Fan Plaza offers similar activities to people with a ticket as the NFL Experience offers to others the rest of the week.

At the free Bridgestone Fan Gallery people can watch the media, including many of the sport’s biggest names, during the week.
While Opening Night Fueled by Gatorade on the Monday before the match has to bring fans closer to the action as well. For a fee fans will see among others (interviews with) players, legends, cheerleaders and team mascots.

Legacy for the local market

The bidding process is not easy and many cities and clubs try to bring the Super Bowl to their city. The costs are high and it remains to be seen whether they can break even.

The organisation committee tries to leave behind a legacy for the city and local community. Central this year is helping Houston’s youth. A local charity that has as key points education, health and wellness, and development of the community supports the efforts. Initiatives that have to contribute to the legacy focus on read on (literacy), play on (being active for 60 minutes per day, NFL programme with flag football) and lead on (high school students volunteering for 51 hours).

There is also attention for a green legacy, including that the Super Bowl activities have a minimum impact on the environment. Initiatives like planting new trees, kids donating books and sports equipment and a recycling event for electronics have to contribute to this. Green energy will provide the energy for a lot of Super Bowl activities, the surplus of food will be redistributed and other material will also go to places where it can be reused.

With all the Super Bowl legacy initiatives, entertainment and fan activities, the event will for sure be more than just a sports match. It is an entertainment event to look forward to.