It is not cheap to be an official partner of the UEFA Champions League. Once a company has spent money to become an official partner, it still has to invest in sponsorship activations to truly benefit from the sponsorship. Research has shown that sponsors spend on average twice as much on activating sponsorships (promoting and leveraging it) than they pay for the initial rights fees to become a sponsor. 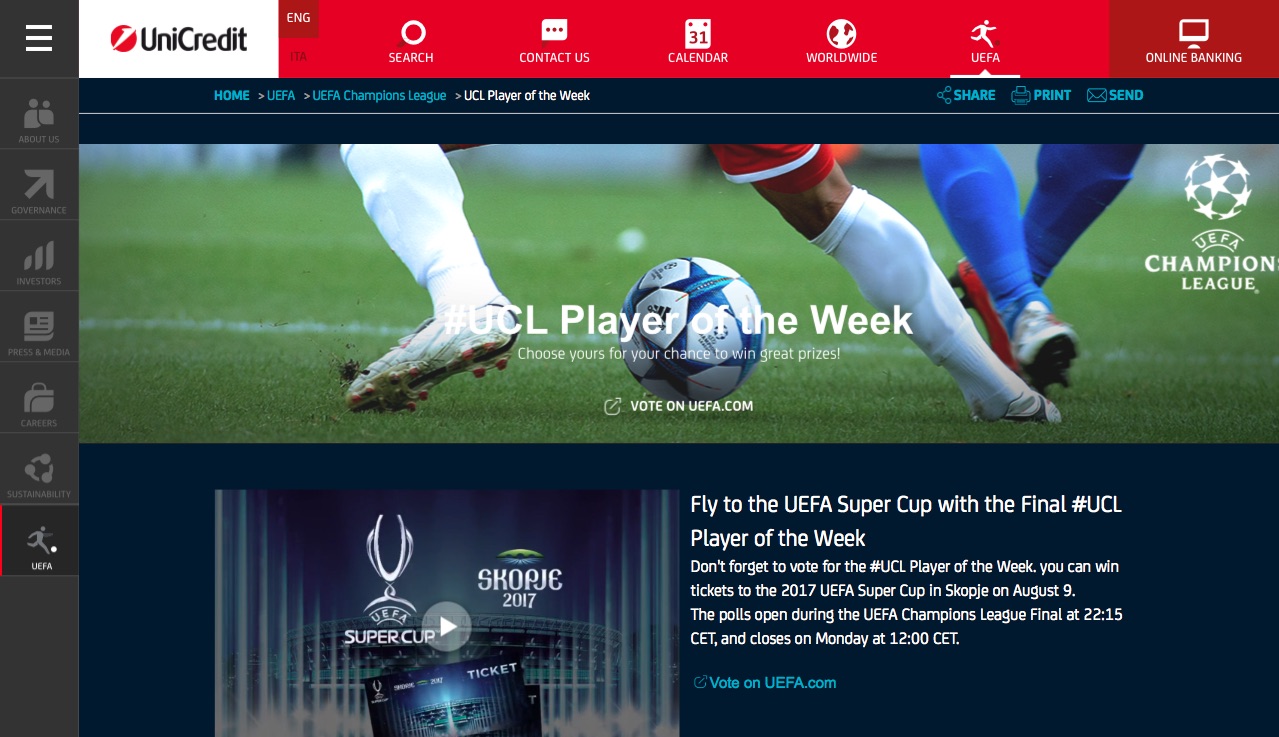 UniCredit presents the Player of the Week. Source: UniCredit 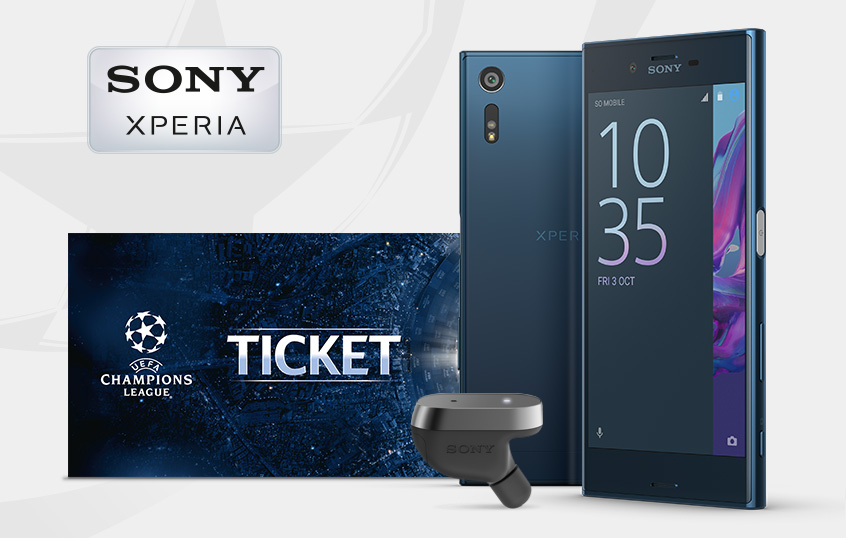 Sony presented the Match Predictor this Champions League campaign. Fans could predict final scores, first team to score and first player to score. The game mirrors online betting, but is free and includes prizes such as tickets to the 2017 UEFA Super Cup and Sony products. To make it interactive, players could send a unique link via email or social media to go head-to-head with friends.

In the weeks leading up to the final, Sony had a #ChampionsSofa quiz. This promotional campaign gave people the chance to win a Sony Photography Experience – making pictures with the Xperia field side – at the UCL Final.

Car manufacturer Nissan focuses a lot on data in their content around the Champions League, including their commercials. The company presented the Goal of the Week this season. Fans could relive the goals on the website and get numerous stats, like the impact of the goals on the match and on social media. The votes contribute to deciding the eventual goal of the week winner. Depending on the country, voters could win Champions League tickets, merchandise or no prize at all.

Another Nissan campaign in the UK was around former footballer David Ginola and social media. Fans were asked to take a picture or video showing how far they would go to watch the final with Ginola. They had to use the hashtag #GetThereWithGinola on social media channels to have a chance at winning, creating a lot of buzz around the brand and final.

On Facebook, Nissan had the page Nissan Excitement FC. Here they asked fans to participate in an excitement meter, giving them a chance to win tickets to matches in the 2017/18 season and various merchandise. One excitement measurement post has had 75,000 views and over 1,400 comments. 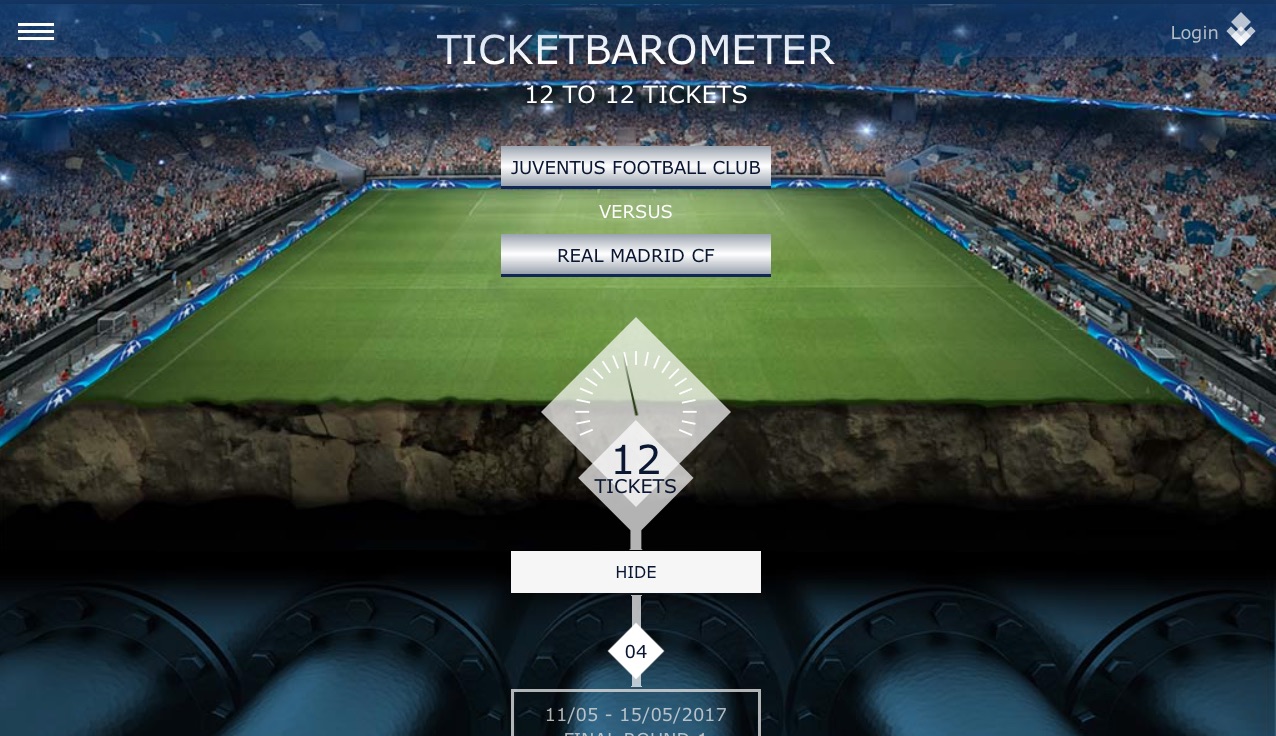 Gazprom held the campaign Ticketmania, giving fans a chance to win tickets to Champions League matches of their favourite club. Fans only needed to answer a few questions about their club to have a chance at winning.

The Champions League has more partners, like Heineken, Adidas, Lay’s and MasterCard. These companies also activated their sponsorships during the 2016/2017 Champions League season. Lay’s, for example, gave people in several countries the chance to win prizes such as Champions League final tickets and Sony products. Fans needed to buy promotional Lay’s packages containing a code to enter the Lay’s United draw.

It is known that activation is necessary to truly benefit from sponsoring. This takes resources such as time and money. Above are just a few examples of how some of the Champions League partners activate their sponsorship with promotional activities where fans could win match tickets and other prizes.