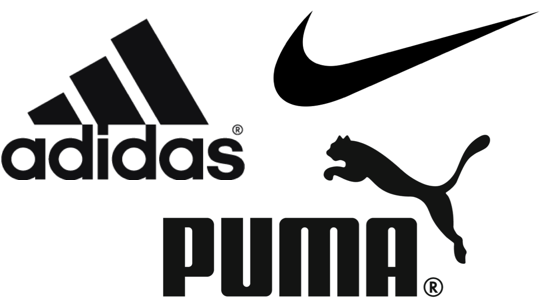 A new season of the UEFA Champions League is upon us. The draw has been made, 32 teams will battle it out for the ultimate European team prize. The financial windfall of the Champions League, and accompanied exposure, is enormous. Manchester United secured a £9.92 million payday by qualifying for the group stage earlier this week and secured a higher amount of income from their new kit supplier Adidas. The Red Devils escaped a 30% reduction of their £75 million-a-year kit deal with Adidas by eliminating Club Brugge.

The tournament for Europe’s elite teams has a broad reach. The UEFA Champions League section on UEFA’s website had 104 million visits during the 2014/15 Champions League season. The 2014/15 final in Berlin had an estimated TV audience of 180 million in over 200 territories. The competition’s official Twitter page has 9.42 million followers, while the Facebook page has 47.4 million likes.
These numbers imply a lot of eyeballs for the Champions League’s official partners and the sponsors of the participating teams. So which global sports apparel brand is the most visible in this year’s group stage? Is Adidas, the official sponsor of the Champions League, dominating the kits of the 32 European elite teams?

New Balance is ‘new’ to the football market, after taking over the sponsorships, including Champions League participants Sevilla and Porto, from their subsidiary Warrior. 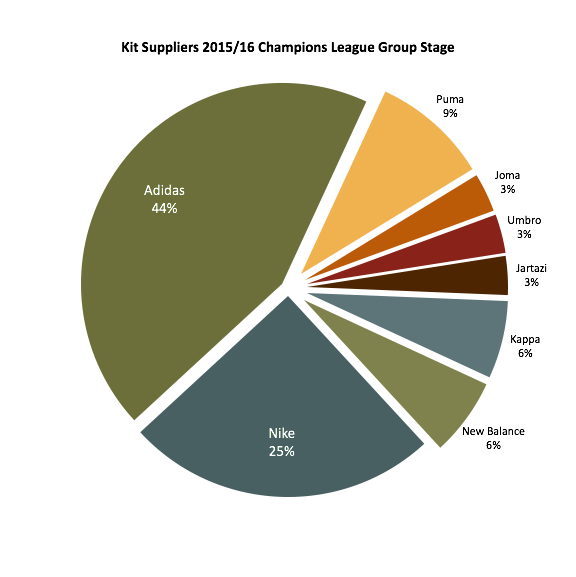 Adidas dominates the field by being the kit supplier of 14 teams, followed by Nike’s eight. Together they supply 69% of the Champions League kits. Nike lost two major contracts to Adidas this season. Juventus, last season’s finalist, and Manchester United both secured long-term deals with the three-stripe brand from the 2015/16 season onwards. Adidas pays a record amount of £750 million over 10 years for the deal with United.
Nike also did not extend their partnership with PSV, who are in the group stage for the first time since 2008/09. Umbro will now reap the benefits of PSV’s 2014/15 Championship campaign and subsequent qualification for the Champions League, by being visible on the highest stage of European football this season.

Puma supplies their products to three Champions League teams, Arsenal, Dinamo Zagreb and Malmö, while New Balance and Kappa both have two elite teams in their sponsorship portfolio.

Battles on the field

In all but one of the eight groups there are at least two teams of either Adidas or Nike present. Group D is the only group where four teams with each a different kit supplier play to qualify for the knockout stage.

In 14 of the 96 group stage matches Adidas is the supplier of the match ball, referees’ clothing and both teams’ kit.

Adidas will be visible

Clearly Adidas will dominate visually on the pitches during the Champions League group stage. Not only because they are the official partner of the competition, but also because they sponsor almost half of the teams participating. Adidas has invested heavily, including new partnerships with Manchester United and Juventus, to expand their sponsorship portfolio. Their visibility has increased, now it is time to get a return.