Host country USA kicks off the Copa América Centenario on Friday (3 June). A week later France kicks off EURO 2016.
Despite corruption scandals and safety issues, companies continue sponsoring these major events. A break down of the kit sponsors at EURO 2016 showed that the usual suspects dominate the European tournament. How does the Copa América Centenario compare? And how do the official tournament sponsors stack up to one another?

The Copa América Centenario takes place across 10 American cities between 3 and 26 June. The 100th edition sees 16 – in contrast to the regular format of 12 – North and South American nations compete for glory. Including defending champion Chile and finalist Argentina. 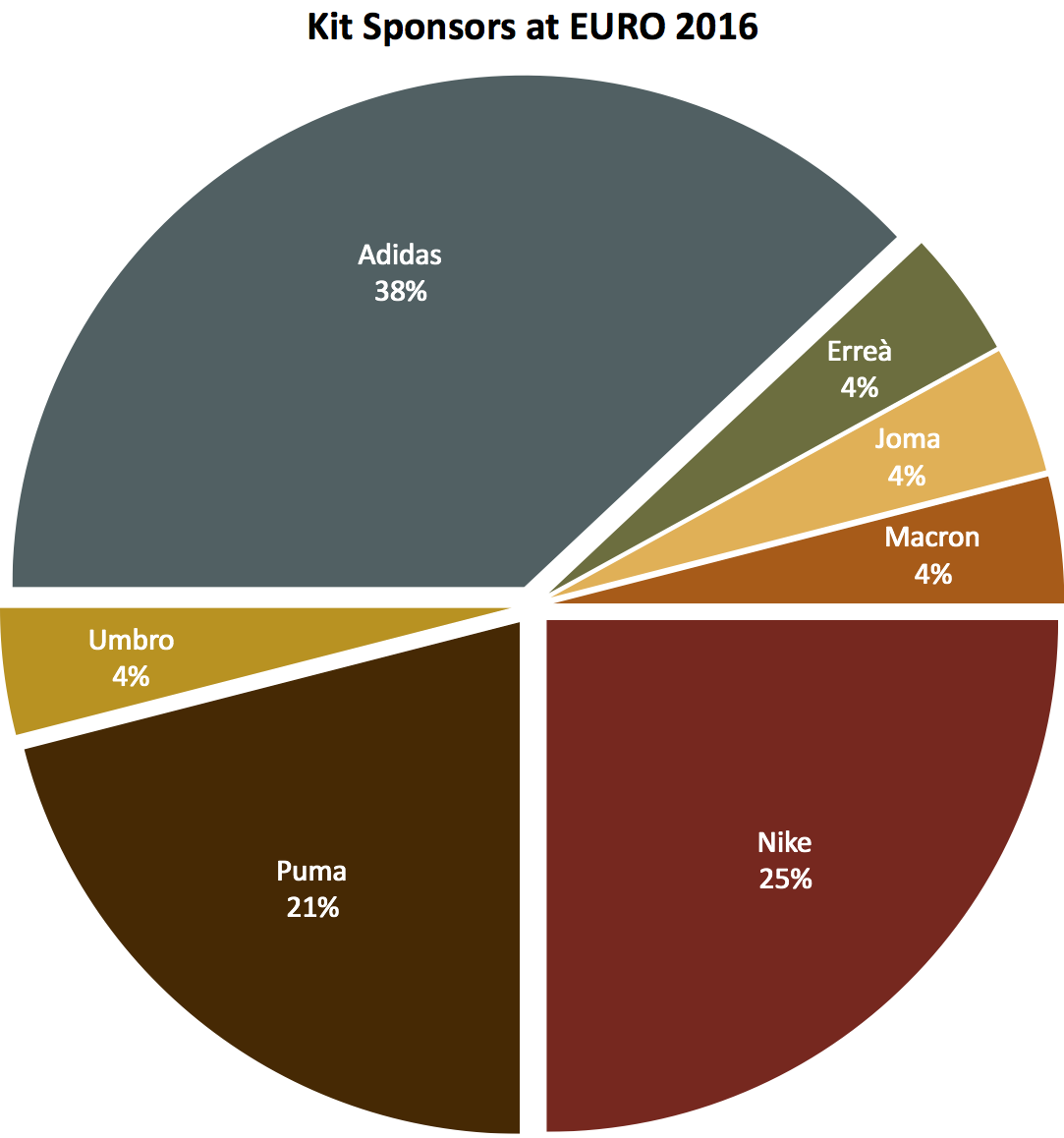 Adidas sponsors the most teams at both tournaments, followed by Nike. Puma and Umbro sponsor both EURO and Copa teams. German brand Puma sponsors far more European sides (5 versus 1 in the Copa).

New Balance and Marathon each sponsor two teams at the Copa América (CA), while they won’t feature at EURO 2016 (EC).

Adidas dominates as kit sponsor at both tournaments. The German clothing brand is also the official clothing sponsor at EURO 2016. Nike is partner of the Copa América Centenario, just as they sponsor host nation USA.

Looking at all the official sponsors there is only one brand – Coca Cola – that sponsors both the Copa América Centenario and EURO 2016. The Copa has 14 official sponsors, while the European Championships has 10 corporate partners.

Although different companies sponsor the two tournaments, the industries in which they are active are similar. Both events are sponsored by companies active in the brewing, beverage, telecommunications, airline, automotive, apparel, electronics and oil and gas industries.

Tag Heuer is trying to gain visibility in the US market by intensifying its sports marketing efforts. The watchmaker sponsors the Copa América and became an official sponsor of Major League Soccer (MLS) earlier this year. Other companies sponsoring both the US-held Copa América and MLS are Makita and Coca Cola.

Being affiliated with the one-time expanded Copa América has a major advantage. With 16 nations competing from both North and South America, companies can reach a larger market. Add to that the interesting and upcoming US football market and there is just a lot of marketing potential.