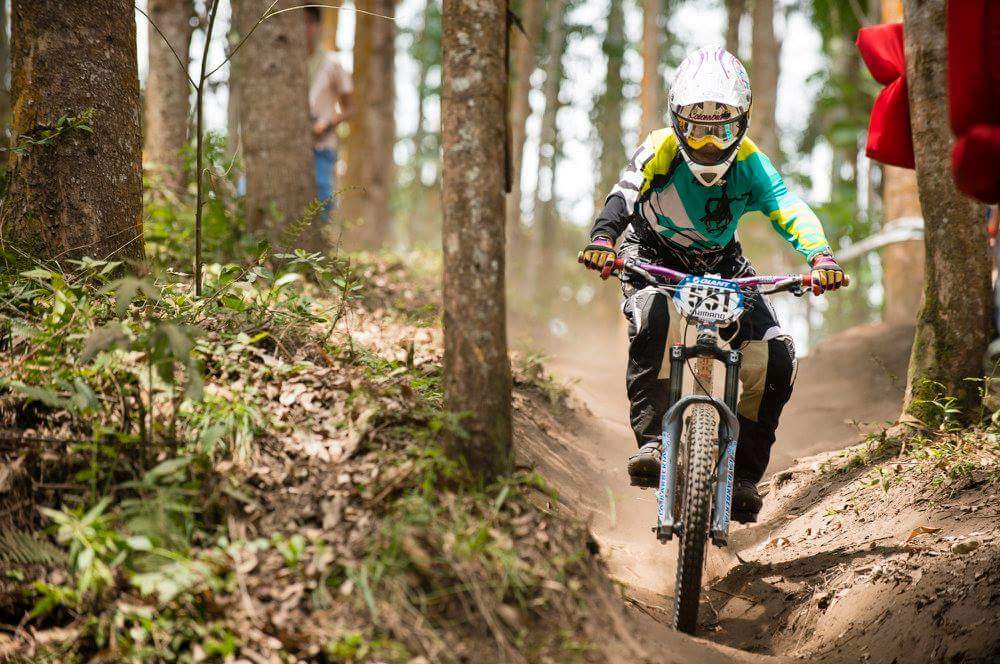 Colombian Downhill Rider Laura Guevara, who has been to the Pan-American Games and is guided by Isabel, in action.

I talked to Isabel Diaz del Castillo about sports sponsorship and digital marketing. Two years ago Isabel started her own marketing company in her native Colombia. The company focuses on sports sponsorship, software analysing brand exposure and sports events. Isabel is a woman on a mission to change South American sports marketing.

“A tough, but exciting, challenge,” she says of her mission. Realising sponsorship deals for her athletes is no easy task. “It has really been tough, because this is a very immature market. They think that supporting sports is like making a donation.”

“When he was struggling, you supported him to go on and win. You made him a champion.”

In Colombia and other South American countries, football is sport number one. There are millions of South American football fans. With football being that important, it is difficult to find sponsors for non-football athletes. “People in charge,” explains Isabel “don’t always know other sports.”
So why should companies sponsor these athletes?

The story of a successful Colombian BMXer may hold the answer. Before becoming World Champion and winning gold at the London Olympic Games in 2012, Mariana Pajón spent years finding sponsors that would help her in her quest. Far from easy, but that all changed when she won gold. “She got a significant increase in number of offers and contracts,” remarks Isabel. Her success gave rise to the popularity of BMX in Colombia. Sponsors followed suit. But when interest rises like that, there will be companies that miss out.

“I want to tell companies you can have this before,” says Isabel. “We don’t bring you something that has already started, and everyone will have. We bring you something before it starts, that will give you loyalty too. Not only from the athlete, but from the fans.” She continues, “When he (an athlete) was struggling, you supported him to go on and win. You made him a champion.” 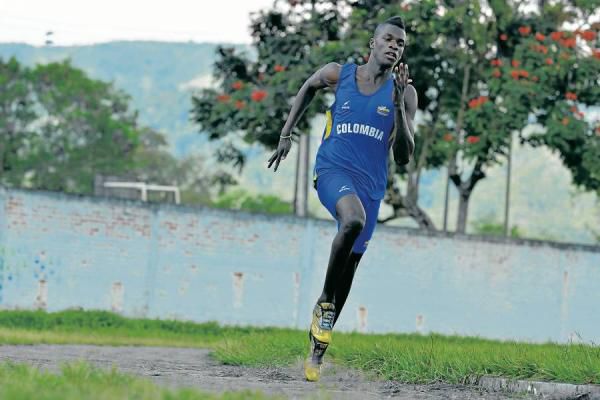 Businesses need to be aware of the marketing opportunities in sports. Sponsoring lesser known sports and athletes can be beneficial. The mindset has to change. “It’s really hard to put in the minds of entrepreneurs and people that this is worth it. It isn’t only something that can help someone, but they can actually have a return on investment.”

Her company is not the only one active in this “immature market” where obstacles are plenty. Sports marketing companies across South America face similar challenges. The countries are lagging behind Brazil and Argentina. “Working together is the only way,” Isabel says of companies in other countries. “The only way to do this – to open the market, teach people, put it out there – is to get together and start doing stuff.”

“There are really talented people. I want to put them on the map.”

For Isabel it is far more about changing the market’s idea about sports sponsorship and marketing at this point than to find deals for her athletes.

By creating a campaign hashtag, she hopes to create buzz around these athletes and introduce them to a larger public. The focus on social media comes from her believe that digital marketing has a lot to offer to sports. “It’s more effective and more immediate,” compared to traditional media like ads, she says. “It’s the easiest way for people to know you in a massive way. And it’s cheaper and more direct.”

A sports business event will bring all the parties, including the campaign-athletes, together. “At the end of the campaign we’ll invite potential companies to come and learn about sports marketing. And I will bring in some speakers to tell them all the benefits to invest in sports.”

The main goal is “not to attract clients, but to educate people. Educate fans, random people in companies that there is actually something going on here.”