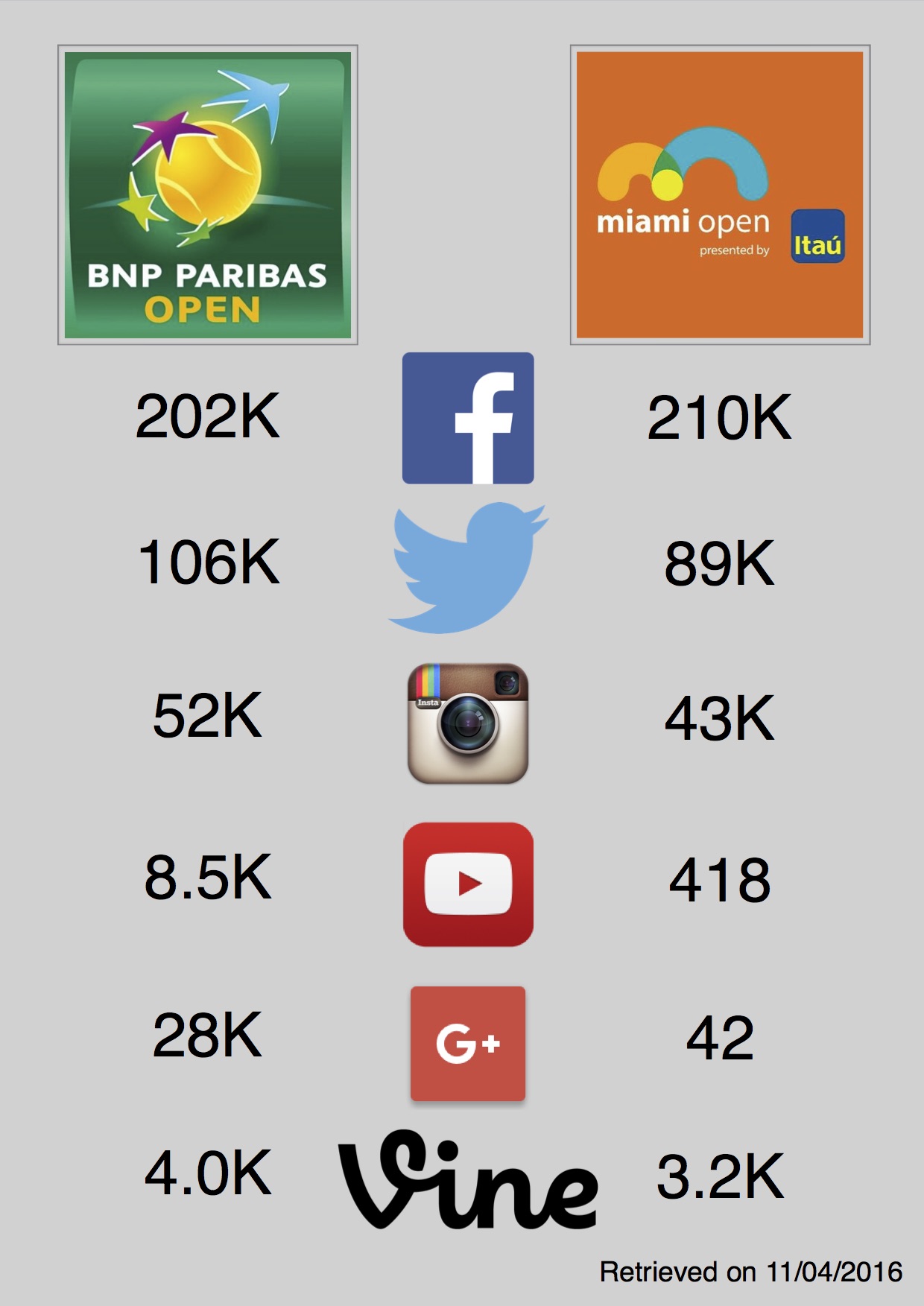 The digital fan base of the BNP Paribas Open and Miami Open on six social media platforms. Retrieved on 11/04/2016.

Related post: How to integrate your Unique Selling Proposition into your digital channels? An analysis of the BNP Paribas Open.

The BNP Paribas Open and Miami Open use multiple social media platforms. Snapchat and Periscope are just the latest platforms adopted to engage and communicate with tennis fans throughout the year. A difficult task as the tournaments only last two weeks. The international (social) media attention is brief. Two weeks before the event, during the event and maybe a week after the event has ended, before attention fades away.

The digital fan base

The BNP Paribas Open and Miami Open social media numbers are far below their Grand Slam counterparts. Both tournaments only have 1/7 of the 1.4 million Facebook Likes of the US Open (retrieved on 11/04/2016).

The BNP Paribas Open has a bigger social reach compared to the Miami Open. It has more digital fans on all channels except Facebook. The tournaments reach a similar number of fans on most platforms. The biggest difference is seen on YouTube and Google+. The Miami Open has a low following on these platforms (see top article).

Both tournaments followed a similar rising trend in the number of digital fans from two weeks before their own event (T–2) to one week after their event (T+1). In the week following the events there was a stagnation (or even decrease) in the number of Facebook (see figure 1) and Twitter fans. Instagram did not have such an obvious stagnation. 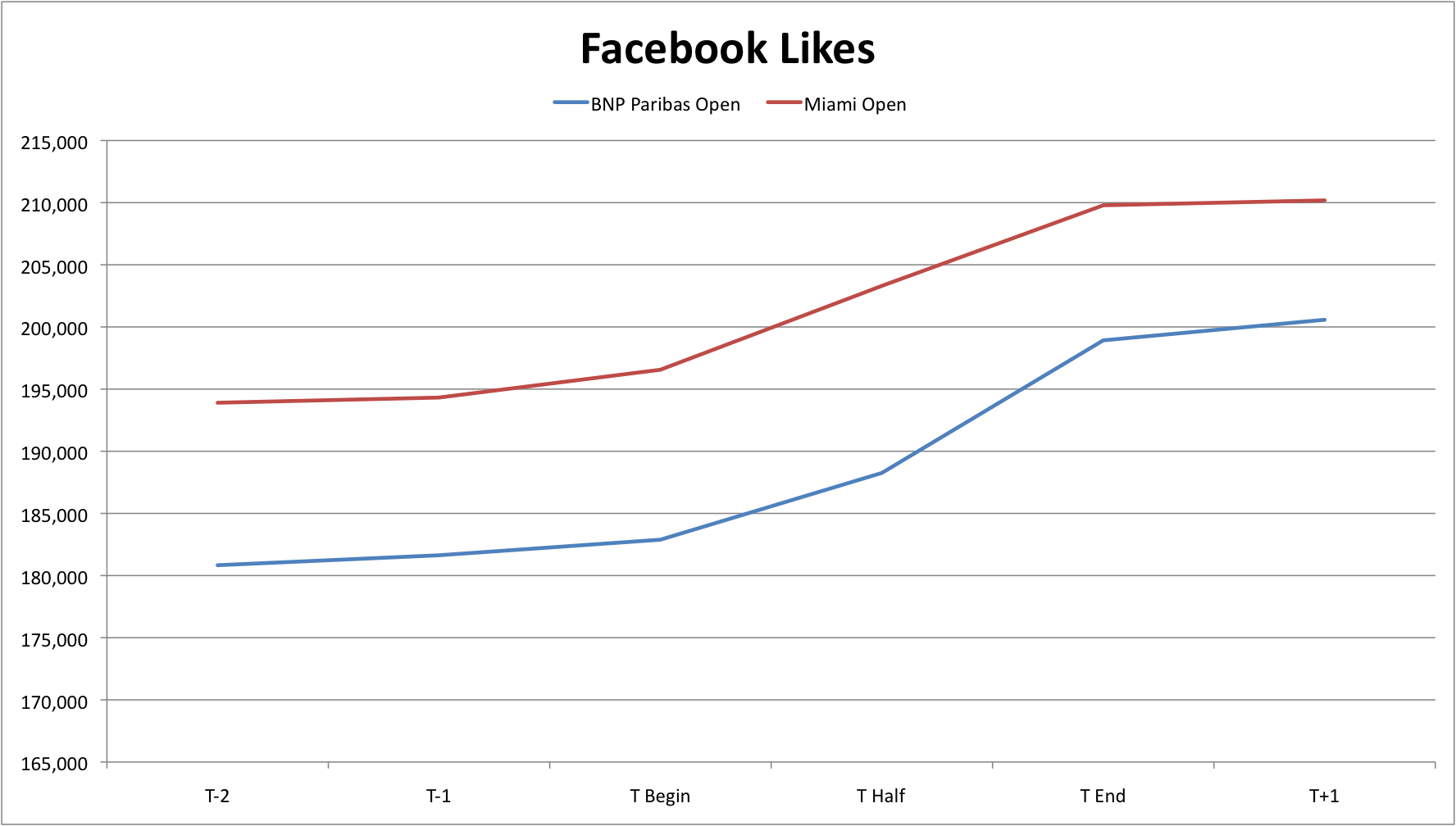 Figure 1: Total Facebook Likes in the period of two weeks before the event till one week after the event

A higher increase in the number of followers during the event is expected. Organisers have fans’ attention during the event. Fans want to consume information, engage and be kept up-to-date. Following social media accounts is one of the easiest ways to realise this.

The Miami Open started using YouTube in 2014. Having started in 2009, the BNP Paribas Open has had more time to build their digital fan base on this platform.
In contrast, both tournaments started using Facebook and Twitter in 2009. Leading to similar sized digital fan bases on these platforms. Early adaptation of new social media platforms can thus be beneficial.

Aside from a different starting point, the significant difference in Google+ followers might be due to a different approach to the platform. The Miami Open only posts YouTube videos on Google+. The BNP Paribas Open occasionally shares other updates as well.

There were only 16 Vines posted during the observed period. The BNP Paribas Open only posted two Vines, both before the tournament. The Miami Open posted four Vines in the first tournament week and ten in the second week. 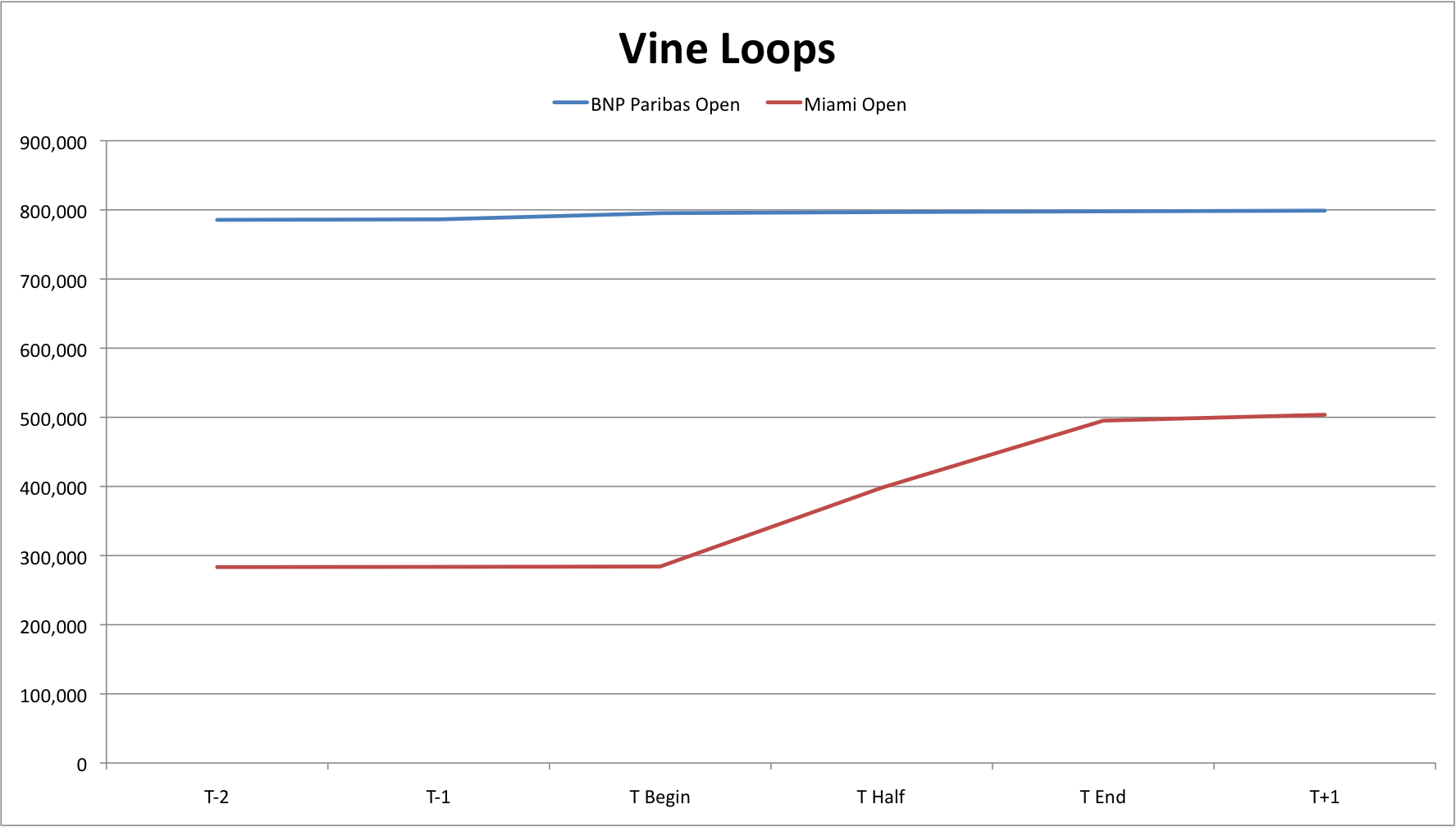 Figure 2: Total Vine Loops in the period of two weeks before the event till one week after the event

The huge spike in social media activity during the tournaments was no surprise (see figure 3). New content is available and fans expect to be kept up-to-date. However, the drop in activity in the week following the events was a surprise. Hardly any Tweet, Vine or Facebook post was shared. 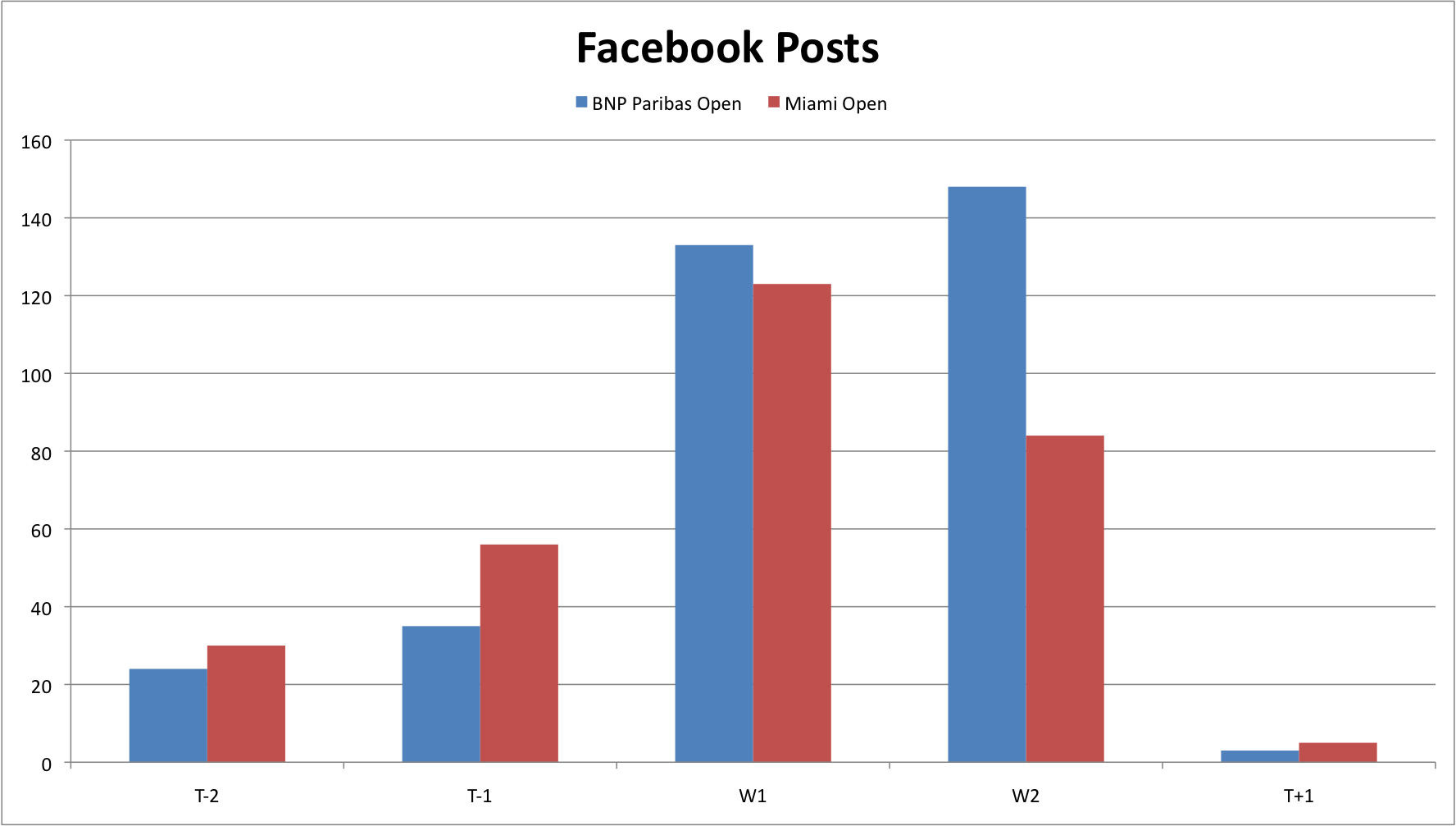 Figure 3: Facebook Posts per week between two weeks before the event and one week after the event

The social media activity increases in the weeks leading up to an event to get fans excited. It is expected that the number of followers will not increase as much after a tournament as it did during or before. The data showed this is the case on most platforms. YouTube and Instagram were exceptions for the BNP Parisbas Open and to a lesser extend the Miami Open.

No major drops in social media followers after the events ended, is reason to believe that the window of effective communication is still open. So it is a perfect opportunity to engage and retain fans. An opportunity the BNP Paribas Open and Miami Open could have exploited more.

Note:
– The data was retrieved weekly in the mentioned period from the six official social media platforms of each tournament.