Knowledge is power. Knowing the reasons fans follow you on Twitter, Facebook, YouTube, Snapchat or any other platform makes it that much easier to reach marketing goals. Score and Change’s last article identified 11 reasons fans follow a clubs’ social media channels.
There are countless ways clubs and sports organisations satisfy fans’ social media needs, what follows are examples taken from European football.

Real Madrid promoted the Madridista card on their official social media channels right before El Clásico. The special offer gives a 50% discount on the card. 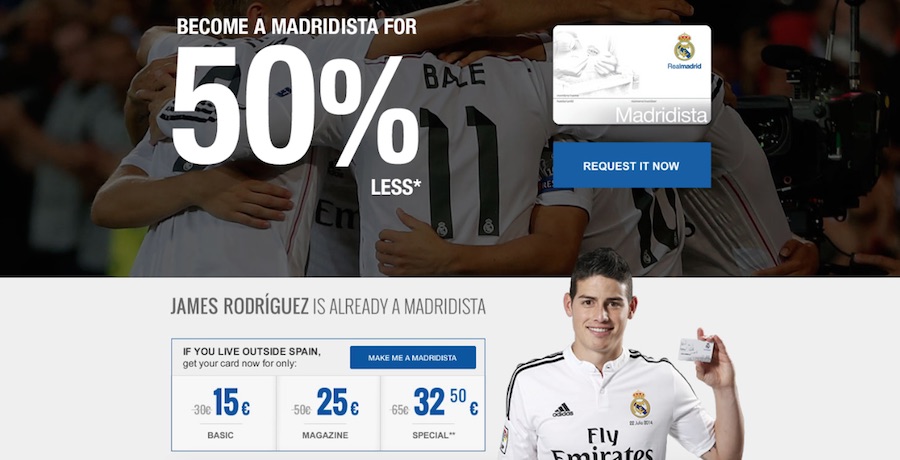 Arsenal’s partner Europcar designed a competition where fans have to tweet a photo wearing an Arsenal shirt for a chance to play with friends at Emirates Stadium. 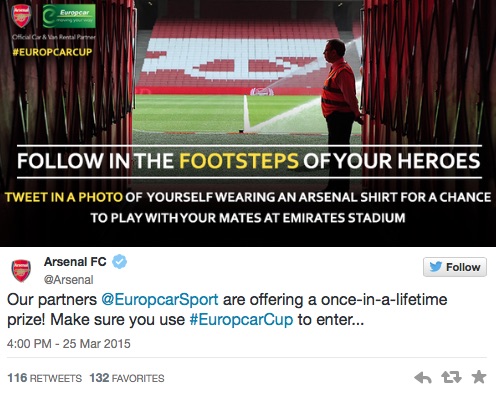 The Dutch FA gave fans an exclusive look at the last training session before the Euro 2016 qualifier against Turkey. They used Twitter’s new live video streaming service Periscope. Although the quality could have been better (video was shot from a distance), it was a great attempt to bring fans behind-the-scenes content. During the World Cup last year they also streamed training sessions via Facebook. 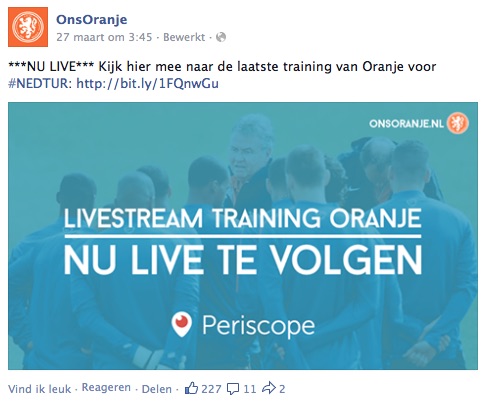 Interviews with players and coaches: the Dutch FA on Meerkat

In addition to Periscope, the Dutch FA uses more new social media tools. They used Meerkat, in addition to their regular live stream, to bring fans the press conference with coach Guus Hiddink. 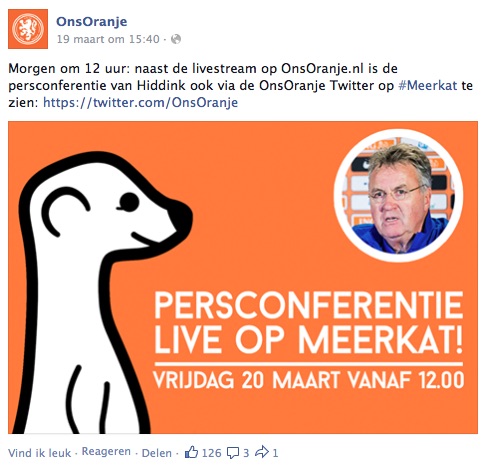 Match reviews are often done on a club’s website. Social media updates need to generate traffic to those pages. Clubs do use social media to let fans decide on for example the Man of the Match. Other clubs share main events and statistics via social media. Juventus for example reviewed the match against Genoa with an infographic. 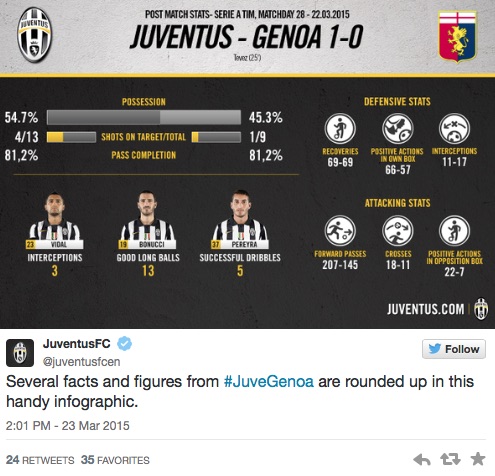 Clubs share more and more statistics, as seen in the previous Juventus example. Arsenal and FC Barcelona are two clubs that tweet quite a lot of statistics to their followers. Arsenal shares great infographics, while Barça shares a lot of data in their statistics hub. 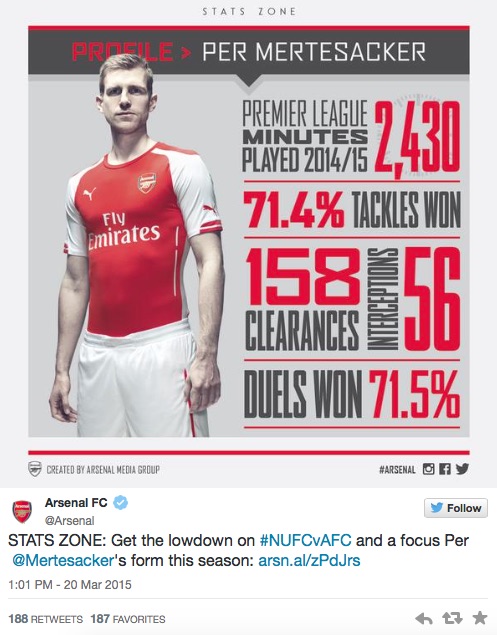 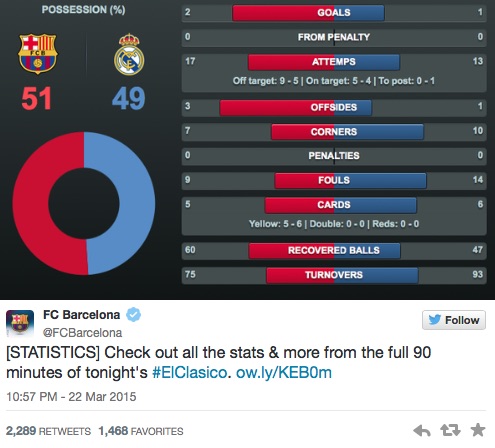 A popular way to interact with fans is players taking over the club’s social media feeds. It is less common for coaches to do so. Yet, Juventus will do a question and answer session with coach Massimiliano Allegri. The coach will interact with fans during a virtual chat via Twitter. Allegri will answer some questions in videos, while fans can also send video questions. 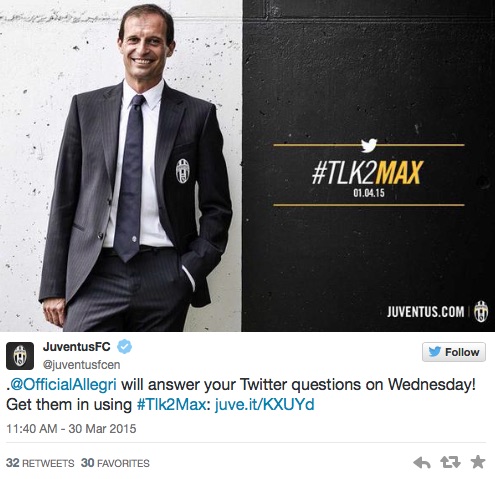 Manchester United players and legends recently interacted with fans and so-called influencers from around the world during a Google+ Hangout. The Hangout was centred around quiz questions.

There are many ways clubs and sports organisations can satisfy fans’ social media needs. The above examples are just a glimpse of the content that organisations in the European football market produce.