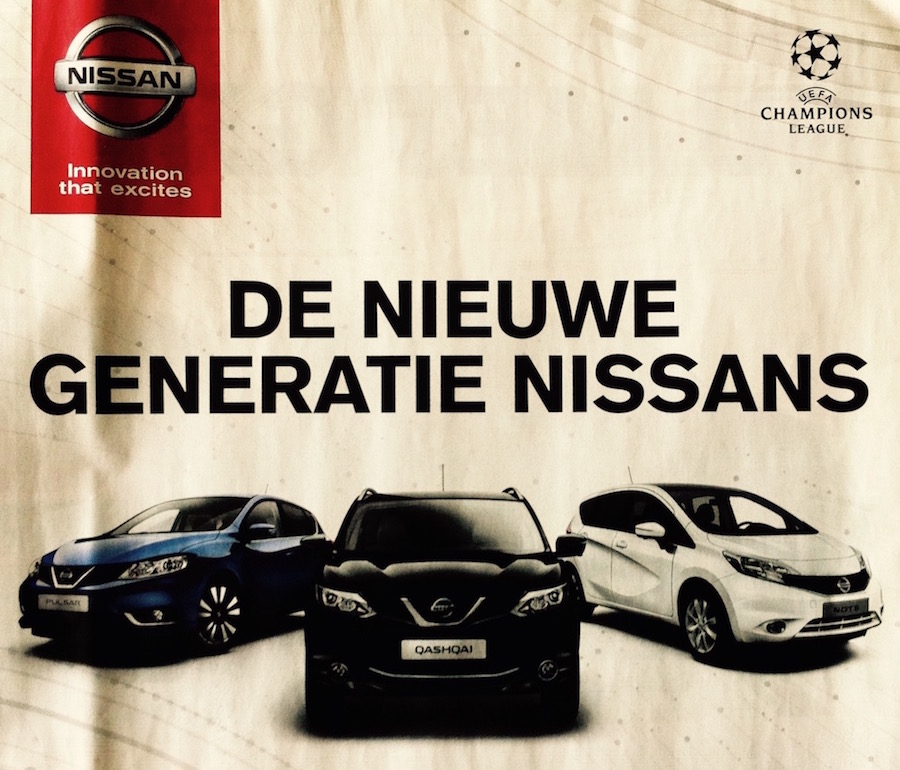 The Championhampions League is the most watched annual sporting event. It has an enormous global reach. The 2014 final alone had an average audience of 165 million across more than 200 countries. The Champions League’s Twitter and Facebook pages have respectively 8.07 million and 42.96 million digital fans. Such reach is a great incentive for brands to sponsor the tournament.
In addition, official Champions League sponsors have exclusive rights, can use the logo (see picture above) and are given tickets to use in promotional activities.

However, reach without engagement is worth little. Brands need promotional activities to engage with fans. The Champions League sponsors use different consumer promotions such as competitions, coupons, sweepstakes and games to interact with fans.

HTC is the official sponsor of both the Champions League and the Europa League. The Kick Further challenge is a social football game. Players use their network to virtually kick a number of footballs to friends around the world. The further the kick, the more points they get, given that their friend accepts the football. Fans can win tickets to the finals.

Besides the game’s simplicity and fun, it could be incredibly valuable to HTC’s brand name. Fans have to use their network and thereby spread the word about HTC and the online competition.

In addition to the Kick Further challenge, HTC launched a limited edition Smartphone with the Champions League logo engraved. HTC makes the phone only available through promotions shared on their social networks. 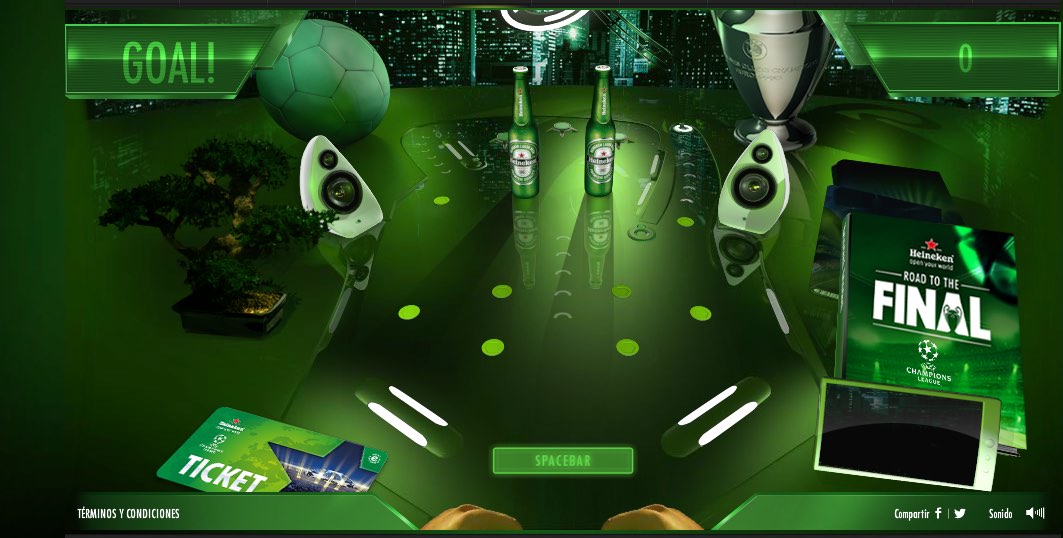 In addition to the global campaign, Heineken has localised promotional activities:

Last year Heineken did a similar global campaign called #ShareTheSofa. You can find an insightful analysis of that campaign on footballmarketing.tv.

Gazprom TicketMania is a ticket prize draw. To enter the draw fans need to correctly answer a relatively simple question and enter their favourite team.

Gazprom: Fan of the Match

At several Champions League matches Gazprom sets up the ‘Gazprom Energy Cube’ – a promotion stand set up for the purpose of recording videos. To become Gazprom ‘Fan of the Match’ fans need to get an interview at the Energy Cube. When Gazprom publishes the videos online, fans need to use their network to get as many votes.

Similar to HTC, Gazprom urges people to activate their network to have a chance to win.

Presented by Playstation, the UEFA Champions League website offers fans a chance to play fantasy football and win PlayStation prizes. Participants have to pick a squad, create and join a league and then manage their team. There is an app to let players manage their teams anywhere, anytime.

The Predictor competition runs throughout the season. Participants need to correctly predict the outcomes of different events (score, winning margin, first goal scorer, first yellow card etc.) to win ‘experiences of a lifetime’. The game is played through the UEFA website, but presented by Mastercard.

The Predictor seems far less popular than PS4 Fantasy Football based on the amount of times the pages are shared on Facebook (643 vs. 357,000 times respectively).

UniCredit and the Virtual Sticker Collection

UniCredit, the official bank of the UEFA Champions League, has teamed up with Panini to offer fans a Virtual Sticker Collection.

Nissan #Genius Goal of the Week

Nissan gives fans a chance to win tickets to the final by letting them vote on their favourite goal. On Nissan’s Champions League page, fans can browse the top goals and replay other exciting moments. Each goal is given statistics based on the tension of the game (time of the goal and the impact on the score), the excitement of the fans (measured in tweets) and the difficulty of the goal (distance in metres).
This promotional activity perfectly supports Nissan’s slogan ‘innovation that excites’. Nissan gives goal-statistics based not only on the ‘mechanics’, but also on the excitement it brings to fans. It uses social media (at least twitter) to engage fans.

The official sponsors are trying to engage fans through sweepstakes and games. UEFA themselves have the Champions Draft, a game where players get 100 million virtual Euros and have to come up with a transfer strategy.
Heineken’s strategy of a global campaign in combination with the creative localised promotions stands out. Which promotional activity do you like best?