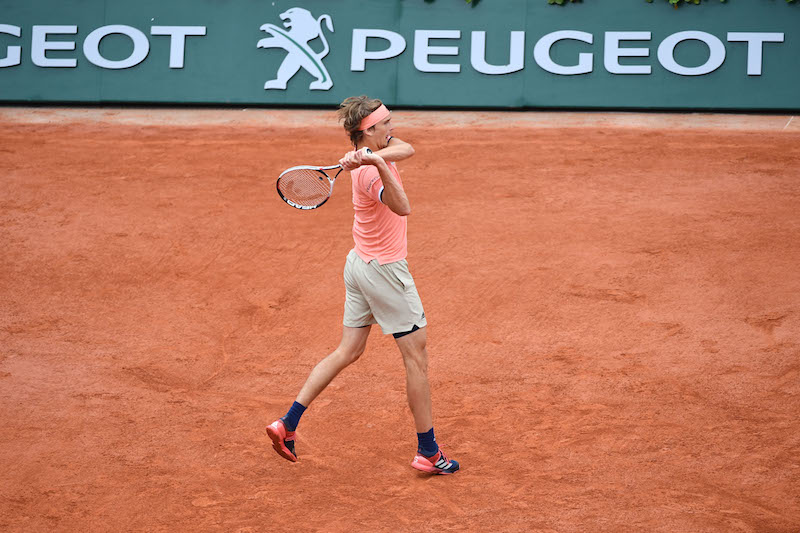 French car manufacturer Peugeot actively partners with key organisations and players within tennis. Although Peugeot is not the only car manufacturer to sponsor the tennis industry, it is one of the most visible ones.

Below we first take a look at Peugeot’s active involvement in the tennis industry, including their ambassadors. Then we take a closer look at their visibility. Finally, we see how Peugeot activates its sponsorships with campaigns like Drive to tennis and NextGen Lions.

Peugeot got involved as a sponsor in the tennis industry over 30 years ago. Today the company is an official partner of the ATP (Association of Tennis Professionals), Roland Garros and over 30 tournaments across the world.

Peugeot became the official transport partner of the French Grand Slam in 1989, after they were already involved with the tournament for several years.

The company wants to remain an active player in the tennis industry for many years to come. Which is evident from their partnership with the ATP that started in 2016. 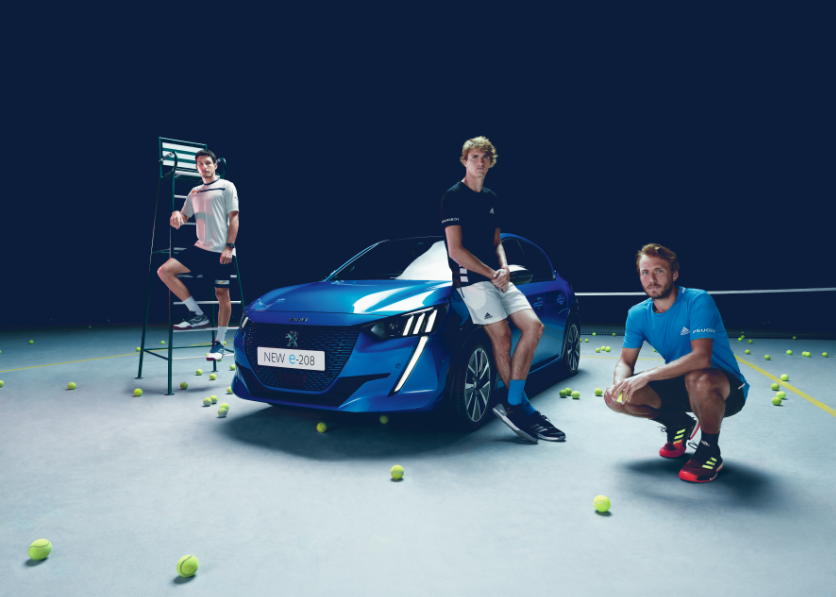 Zverev, Berrettini and Bertens just a few of the brand ambassadors

In addition to partnering these major tennis organisations, Peugeot also partners a number of top players. Most ambassadors are men active on the ATP-tour, like Diego Schwartzman, Fernando Verdasco, Matteo Berrettini, Lucas Pouille and Jamie Murray. Kiki Bertens is the only female brand ambassador of the car manufacturer.

In 2019 the company added rising star Matteo Berrettini and top 10 player Kiki Bertens to their ambassador portfolio. They are great additions to a long list of current and former player ambassadors. David Goffin, Gilles Simon, Alizé Cornet and three-time Roland Garros champion Gustavo Kuerten were also once a Peugeot ambassador, as was Novak Djokovic. Djokovic and Peugeot partnered in 2014 on a three-year deal and the Serbian was central in a lot of the company’s marketing activities.

Peugeot’s involvement in tennis is visible in several ways. First, the ambassadors often have the brand as shirt sponsor. Meaning they have Peugeot’s logo on their shirts. Small, given the clothing rules in tennis, but on there nevertheless. The players also take part in events and commercials by the car brand.

Regular sponsorship branding at tennis tournaments is another way Peugeot gets exposure in the tennis industry. Including logo exposure on the organisations’ websites.
As official vehicle partner, Peugeot arranges the transport of many tournaments. So on-site and around it, fans will see the Peugeot cars. 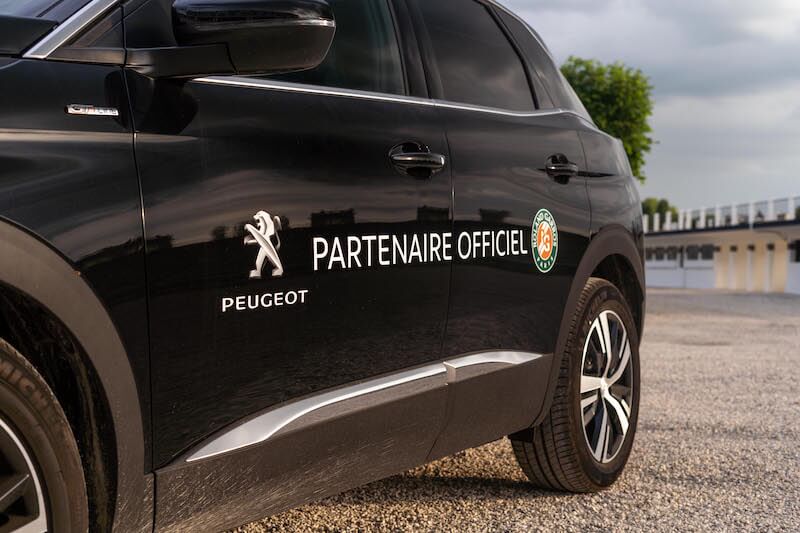 At Roland Garros the brand has activated their partnership with Road to Roland Garros. This activation sees a Peugeot car being transformed into a studio. Players enter the car and are interviewed about the tournament and their life. Since the activation was introduced in 2009 it has been successful. In 2016 over 224 million people tuned in. While a 2019 video with Alexander Zverev amassed over 7,700 views on YouTube alone.

A long term sponsorship activation is the Drive to Tennis campaign. This campaign is a mostly digital campaign by Peugeot centred on the brand’s ambassadors.

Several social media channels and an online hub are set-up around Drive to Tennis. Although the accounts have been inactive lately, at one time they had over 3,400 Twitter followers, almost 160,000 Facebook likes and over 1,200 Instagram followers. The campaign hashtag #DriveToTennis had a reach of almost 2.7 million and more than 7 million impressions in just over a week (source: Keyhole).

The Drive to Tennis campaign also focuses on a next generation. The NEXTisHERE campaign ties in with the NextGen campaign of partner ATP. Although the ATP’s campaign is focussed on the young guns, Peugeot focuses more on their ambassadors who can play a big part at the top of tennis (‘next generation, new sensations’).

An exciting commercial around this theme connected tennis to the brand Peugeot and their slogan Motion & Emotion. It featured several of Peugeot’s (former) brand ambassadors, like Zverev, Pouille, Carreno Busta and Kuerten.

The NextGen theme is also integrated into the Dutch branch of Peugeot. They have launched the sponsorship program NextGen Lions to assist tennis talents in the Netherlands. With financial and mental support they want the next generation to ‘become proud & unbeatable’. A great synergy is found in the nickname for the Dutch ‘Lions’ and Peugeot’s logo.

So Peugeot has long been involved in the tennis industry. The car company partners with several organisations and players to get a lot of exposure. At the same time the brand activates their sponsorships with successful and exciting campaigns like Road to Roland Garros, Drive to Tennis and NextGen Lions.