Overview of the 2020/2021 Champions League sponsors

Similar to previous seasons we analyse the kit and shirt sponsors of the 32 teams participating in the 2020/2021 UEFA Champions League (UCL). We also take a look at the Champions League sponsors and partners. With the world’s best players competing, great exposure and millions at stake, Europe’s biggest club competition will again be a spectacle to watch.

Overview of the 2022/2023 Champions League sponsors

An overview of the 2022/2023 Champions League sponsors, including kit, shirt and sleeve sponsorships and official league partners. 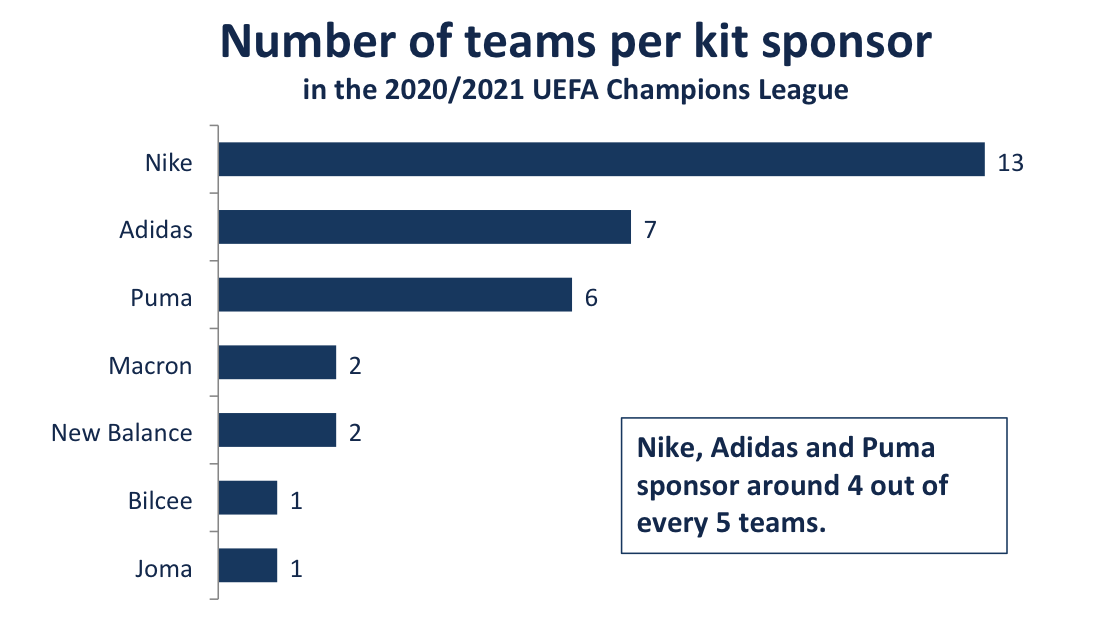 It is interesting to see the kind of services and products these brands deliver to the market and to compare them with ‘regular’ leagues. For example if you look at the 2020/2021 Premier League shirt sponsors, 40 percent (eight out of 20) of the shirt sponsors are gambling companies. In this year’s Champions League season 17 percent (five out of 32) of the clubs have a gambling sponsor while last year there was only one (three percent).

So in which industries are the UCL teams’ sponsors active?

Compared to earlier seasons fewer teams are sponsored by airliners. This season just two: Manchester City and Real Madrid. In 2016/2017 there were six teams sponsored by an airliner, with Emirates sponsoring four teams. 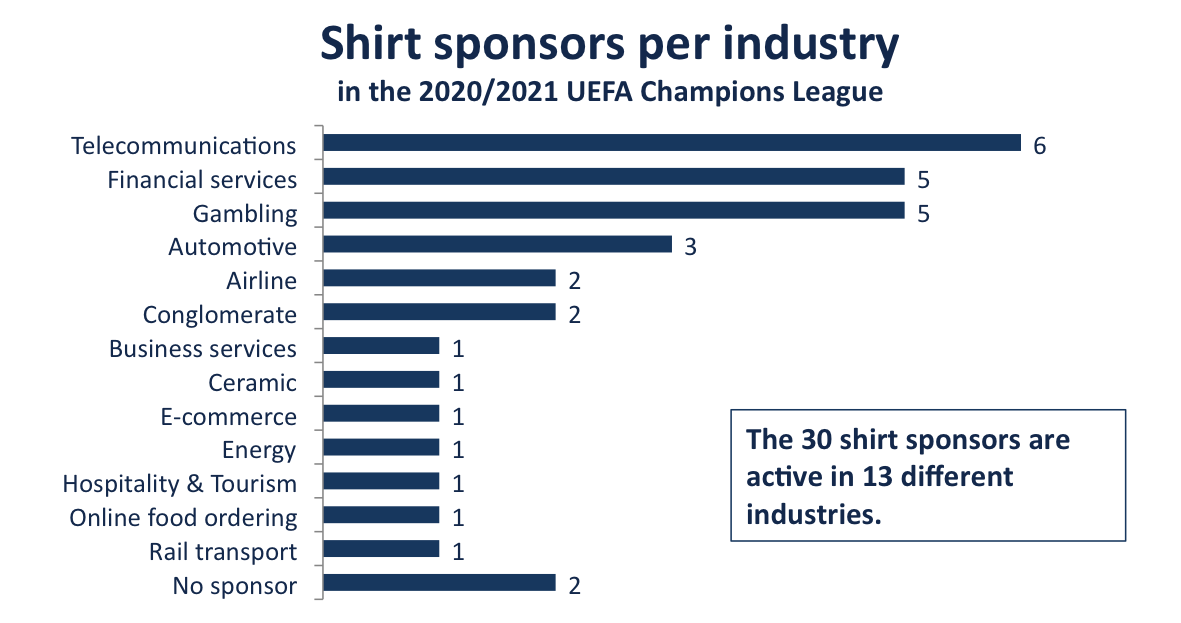 Where do the shirt sponsors come from?

To see where the shirt sponsors come from we looked at where the companies have their headquarters. Key takeaways:

The Champions League lists eight official partners on their website. Compared to last season they changed Hotels.com for Expedia.com. However, both companies are owned by Expedia Group. The company, UEFA agreed a three-season deal with for the Champions League in 2018.

The industries these partners come from are relatively predictable, with automotive, financial services, beverage among them. Noticeable is that five out of eight have their headquarters outside Europe with three in the USA and two in Japan.