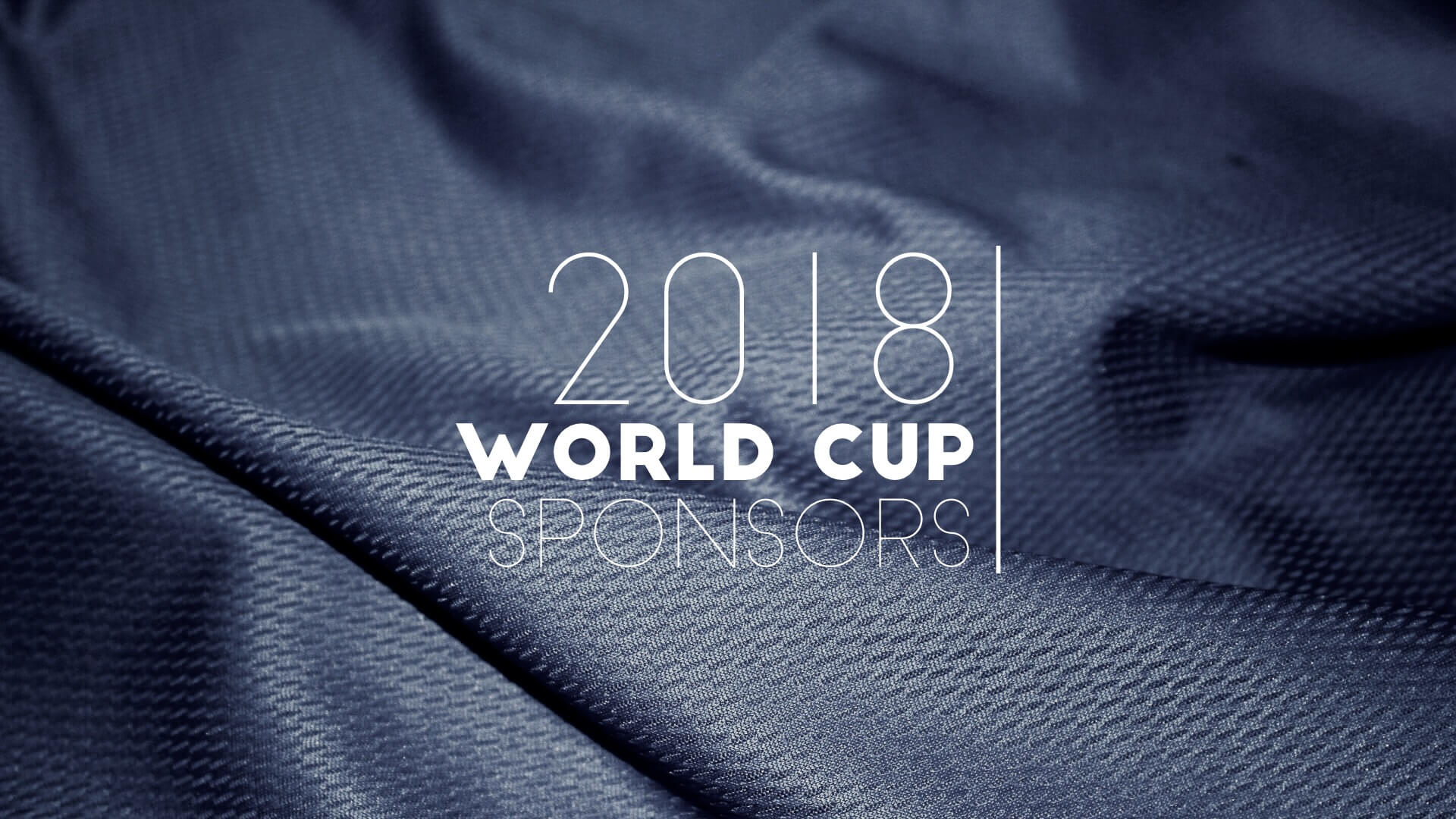 From June 14th till July 15th Russia will host the 2018 World Cup. 32 nations, including debutants Panama and Iceland, will compete across 11 Russian cities for the World Cup. 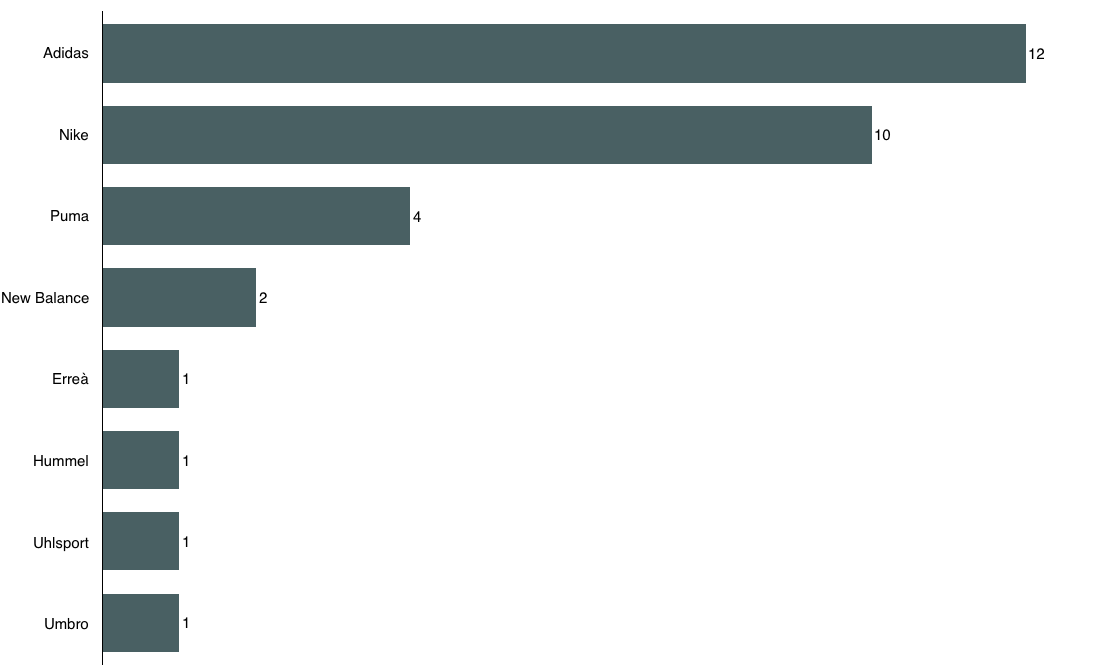 Number of nations playing at the 2018 World Cup per brand.

Adidas is the main kit supplier at the 2018 World Cup with 12 nations. The German brand has also long been an official partner of FIFA, and thus the World Cup. So they supply the tournament’s gear, like the ball, and their logo will be visible in the tournament’s official marketing material.

Nike supplies 10 nations. Not as high as could have been since the American brand sponsors some notable absentees like the USA, Chile and The Netherlands.

The two superpowers Adidas and Nike will thus supply almost 70% of the 32 teams that participate at football’s biggest stage.

New Balance (Panama and Costa Rica) and Puma (Senegal, Serbia, Switzerland and Uruguay) also supply more than one nation.
The other four brands will only be represented by one nation.

UEFA (Europe) has the most nations playing at the 2018 World Cup. The 14 UEFA-teams are sponsored by five different brands – Adidas, Nike, Puma, Erreà and Hummel. CAF (Africa) and CONMEBOL (South America) follow with four different brands for the five teams that have qualified for Russia.

CONCACAF has only three teams playing at the 2018 World Cup, including two with New Balance kits.

Adidas has the best geographical representation with a nation from all five confederations (UEFA, CAF, CONMEBOL, AFC, CONCACAF) taking part.

At the 2014 World Cup there were eight different clothing brands, just as many as at the 2018 World Cup. While at EURO 2016 there were seven different brands represented, while the 14 European countries playing in Russia have five different kit suppliers.

The last five World Cup winners all wore one of the three main brands in the football apparel industry: Puma, Adidas or Nike. Adidas supplied the World Champions of 2014 (Germany), 2010 (Spain) and 1998 (France). When Italy were crowned World Champions in 2006 they wore Puma. And Nike was already a partner of Brazil when they won the World Cup in 2002.