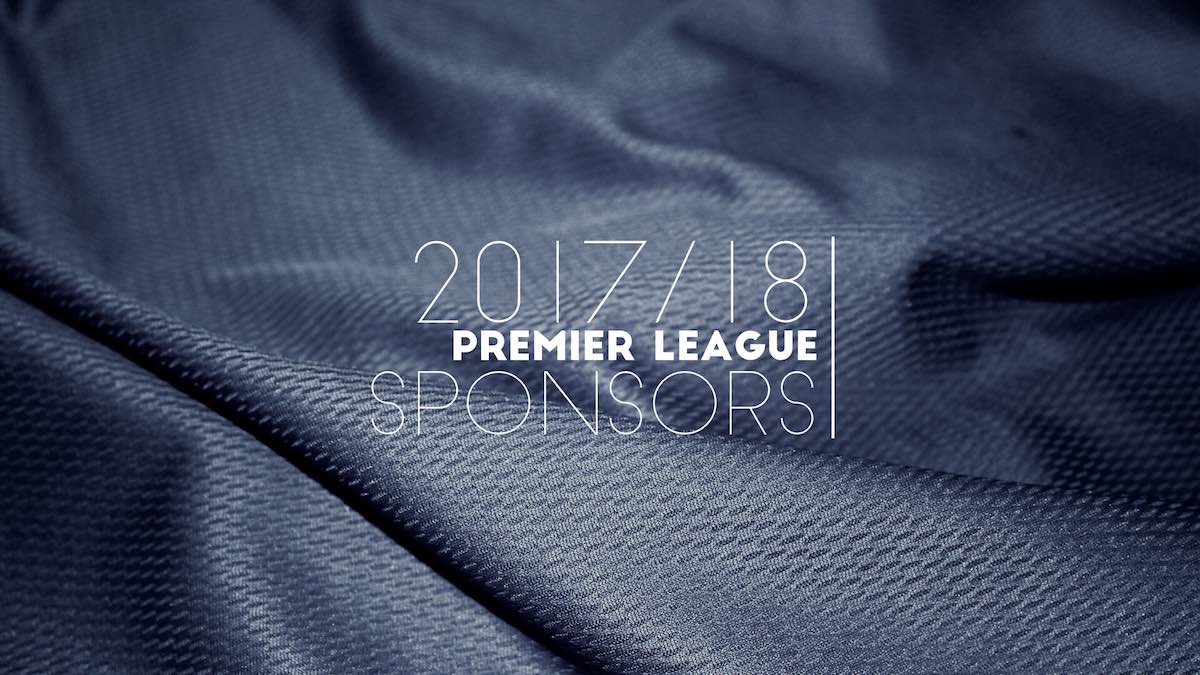 The English Premier League is without a doubt one of the biggest sports competitions in the world. It also contains a couple of the richest sports teams. Due to income from broadcasting rights, match day revenue and of course sponsorships these clubs can buy almost any player. 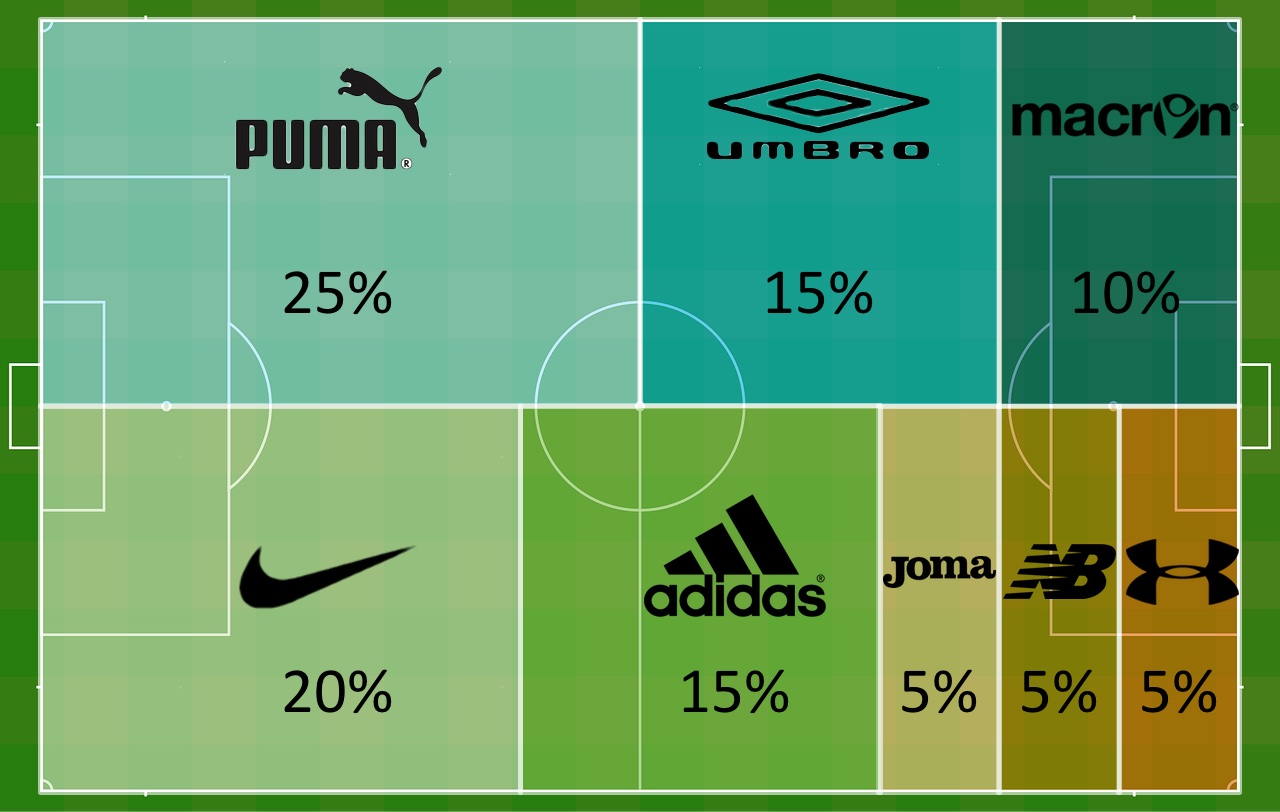 Break down of 2017/18 Premier League kits per brand, with Puma supplying a fourth of the market.

Puma is the main kit supplier with five teams. Arsenal, Burnley, Leicester City and promoted sides Huddersfield Town and Newcastle United are all sponsored by the German brand.

Puma takes over from Adidas, who held that title last season, and now sponsors just three teams. With the relegation of Sunderland and Middlesbrough and Chelsea’s switch to Nike, the three-striped brand lost three teams. They only added Watford to their Premier League portfolio that already contained West Bromwich Albion and a record deal with Manchester United.

Nike supplies four Premier League teams this year, while that was only one last year. The American brand already sponsored Manchester City, just like Brighton & Hove Albion who won promotion to the highest level last season. The brand will now also sponsor 2016/17 Premier League champion Chelsea and runner-up Tottenham Hotspur. This will ensure they supply last season’s top three, who will all play Champions League. A great move by Nike to gain more visibility.

English manufacturer Umbro has three teams in their portfolio: Bournemouth, Everton and West Ham United. Macron, New Balance, Joma and Under Armour sponsor the other teams.

Four teams have switched brands for the upcoming season, including Bournemouth from JD to Umbro, Watford from Dryworld to Adidas and Chelsea and Tottenham from Adidas and Under Armour respectively to Nike.

The companies come from across the world, with a majority having their headquarters in Asia, Europe or the US.

Introduction of sleeve sponsors in the Premier League

With the introduction of sleeve sponsorships, Premier League clubs will have an additional source of income from the 2017/18 season onwards. On average the sleeve sponsors are expected to be worth around twenty percent of what the shirt sponsorships generate.

There have been talks about a collective agreement of eight to ten clubs with one company, but so far no official announcements have been made.

Arsenal will not have a sleeve sponsor as their contract with their main shirt sponsor Emirates prohibits them from having any other brands on their kits.

So far seventeen Premier League teams have confirmed a sleeve sponsor for the 2017/18 season. This includes Manchester City, who was the first to announce Nexen Tire as sleeve sponsor in March, and Southampton who has Virgin Media as shirt (front) and sleeve sponsor.