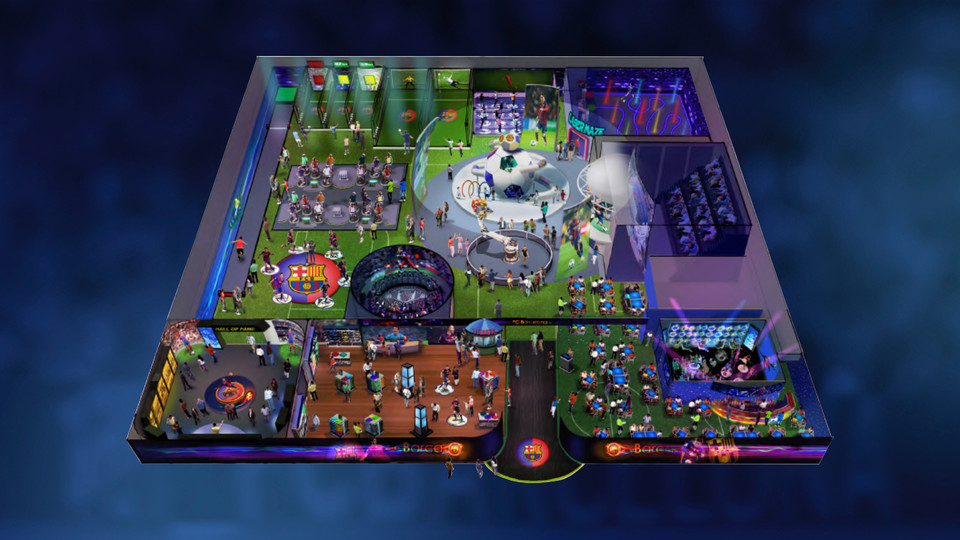 Are theme parks and sports a good match?

It is an interesting strategy to enter new markets and profit from the popularity of a sports star or organisation. As it is often families who visit theme parks, it is a way to provide a fun experience and to introduce the brand to a large group of people.

In a sense a fan festival or village – now often organised around sports events – can qualify as a small sports related theme park. These villages are getting bigger and bigger. However, it is often for a limited period. If these parks become even bigger and long-term, who knows what value it will give to fans and sports organisations?

So where do you have to go for your sports related theme park?

In the summer of 2017 Argentinean football star Lionel Messi announced plans for a theme park in China, bearing his name. The Messi Experience Park is a partnership with Chinese broadcaster Phoenix Group and Spanish media company Mediapro. The 80,000 square meters park will open in 2019 and should cost €170 million. It will have over 20 interactive experiences based on the latest technologies like virtual reality and will mainly focus on the Barca star.

Football club Real Madrid recently revealed their partnership with the Lai Sun Group to enter the theme park business. The Asian market has a lot of potential for European football clubs and for years clubs have increased their business activities in the region. With the partnership Real Madrid will have a presence in a large entertainment centre in China. In Novotown, as the theme park is called, people can have interactive experiences around football.

Rival FC Barcelona is also entering the theme park business. At a members meeting in October of 2017, members voted in favour of a partnership between the club and Parques Reunidos.

In order for the club to continue growing globally, Parques Reunidos “will open parks in important commercial centres or in areas in the centre of cities with important footfall”. The immersive experience will exclusively be dedicated to the Catalan club, including the club’s history, values and players. The club will not be responsible for any investments and keeps control over all content used and the Barca brand. It is a five-year deal that guarantees the opening of at least five Barca theme parks.

With Parques Reunidos willing to take on all costs with no control over content, it clearly indicates how much value such companies see in using a brand like FC Barcelona in their parks.

In September of 2017 Martellus Bennett, a player in the National Football League, released some of his plans for his theme park MartyLand Adventure Park. Based in Houston, the theme park will have a space theme.

It is really in line with some of Bennett’s other business ventures. He has already written a children’s’ book and founded the multimedia company The Imagination Agency.

So MartyLand Adventure Park might not be based around American Football and Bennett’s sporting abilities, but it is yet another crossover between sports and theme parks.

Disney teams up with the NBA

Even Disney is getting in on the sports related theme parks. Disney Springs will open an NBA Experience in 2019 after agreeing a partnership with the American basketball league. The basketball experience will include video productions, interactive experiences and games for fans, a retail store and a restaurant.

Like the NBA, the NFL will also open a theme park-like experience. In November 2017 the NFL Experience Times Square will open. For a minimum of $39, NFL fans can take a “hero’s journey where they enter as a fan, become a player, and leave as a champion”.

By using the latest technology fans can suit up in the gear of their favourite team, get a one-on-one game plan from a hologram of a coach and much more.

These are just a few of the sports stars and organisations linking up with theme parks or designing their own parks. It is an appealing strategy to expand as a brand, especially in new markets. There seems to be potential for success for both parties, but it will be interesting to see which theme parks will truly prosper.