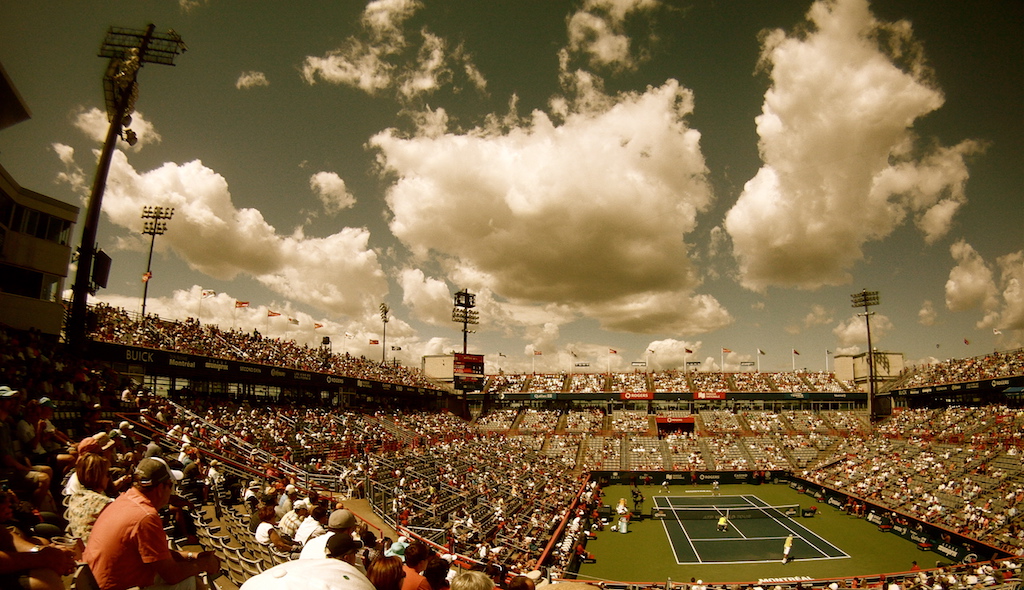 Tennis is a sport loyal to tradition where rules have hardly changed over time. Yet recently new events and formats have been introduced to develop the sport, to expand into new markets and to grow commercially and financially. It is not only the existing governing bodies (WTA, ATP and ITF) introducing new events and rules. External parties also see profitable opportunities in the professional tennis market. A development that can lead to a fragmented market, but can also make the sport even bigger and better.

ATP executive chairman Chris Kermode calls it the ‘five tennis stakeholders’. Five parties – players, tournaments, fans, sponsors and media – that require constant attention and evaluation. It is no coincidence that despite the ATP tour being quite successful over recent years, the ATP is evaluating its current and future position. Sport needs constant development to evolve with the times and to capitalise on opportunities.

Entering new markets, where tennis is traditionally less popular and stars play less often, is one of the opportunities and developments in recent years. For years the Women’s Tennis Association has tried to conquer the Asian market by staging more tournaments in the Far East. In 2014 they moved the end-of-year tournament, the WTA Finals, to Singapore. The organisation sees the enormous potential the Asian market offers. Not least due to former Chinese player Li Na. Her two Grand Slam titles and world number two ranking boosted the sport’s popularity in China.

Despite the shift towards the Asian market or maybe due to it, there are more external parties seeing opportunities in the Asian market. One such party is Indian tennis legend Vijay Amritraj, whose company introduced the Champions Tennis League (CTL) in 2014. The team competition brings professional tennis to several Indian cities in November (the offseason of the professional tour). Former Grand Slam champions, current stars and Indian (rising) stars compete in a non-traditional format in which the team with the most games after five sets wins the match.

Although the Champions Tennis League was an innovative approach to bring professional tennis to the Indian market, it immediately received competition from another private event. The International Premier Tennis League (IPTL) was also launched in 2014. The IPTL holds a similar format to the CTL but is not solely focused on the Indian market. The competition takes place across multiple Asian countries, such as Japan, Singapore, Philippines, United Arab Emirates and India.

Two parties simultaneously saw the opportunity to start a competition with professional tennis players in an under-supplied market. Top players are all too eager to play in the IPTL and the CTL. They get a (substantial) fee and can play competitive games at a high level as preparation for the new season. So far both events seem to have faired quite well.

The Asian tennis market has a lot of potential that can be further exploited in the future. The introduction of the IPTL and CTL show that when governing bodies do not provide enough tennis in these markets, external parties will come in, set up shop and capitalise financially.

The introduction of new formats and rules

With the introduction of new events have come new formats and rules. Rules that challenge the status quo and raise the level of entertainment.

Earlier this year one of the modern greats, Rafael Nadal, expressed that he believes tennis should indeed look at changing rules to adjust for the developments in the modern game. “The sport in general needs to improve in all aspects,” Nadal said. “The players today are taller than before. The racquets hit the ball harder than before. Same time, it’s true that nothing changed in our sport in terms of rules, how high is the net, everything.”

Events such as the IPTL and Champions Tennis League challenge the status quo and test new rules. These events focus on a team achievement that is only seen in several ITF events (such as the Davis Cup and Fed Cup).

The International Premier Tennis League has introduced innovative rules such as the substitution of players, time outs and a double-point-joker. To speed up the game, they have introduced a shot clock. A buzzer signals players about the shorter period of time between points and games. The shot clock is an interesting rule that in time could be introduced on the professional tours, as players tend to take too much time between points.

Tennis Australia (the Australian tennis federation) has also looked at options to speed up the game. FAST4 was introduced at the beginning of 2015 with an exhibition match between Lleyton Hewitt and Roger Federer. With sets to four (not six), shorter tiebreaks at three all (not six all), no-ad scoring and no sitting between games, the format needs to speed up the game. Although the format is mainly interesting for tennis at club level, elements could be introduced on the professional tours.

These innovative events (and exhibition matches) are ideal opportunities to test new rules, rules that could revolutionize the game.

In addition to former players and national federations, there are current players looking for (profitable) opportunities in the professional tennis market. For example, Roger Federer is involved in the launch of the Laver Cup in 2017. An annual competition (except in Olympics years) similar to the Ryder Cup in golf, that sees six European players compete against six players from the rest of the world. Named after legendary tennis player Rod Laver, the competition will last a weekend and will be captained in the first editions by legends Björn Borg and John McEnroe.

Governing bodies also keep developing and launching new events. The ATP is planning a tournament featuring the stars of the next generation. Similar to the ATP Tour Finals – an important source of income for the organisation – eight high ranked players (under 21) will compete against one another. The event is an opportunity for the ATP to market the next generation, similar to how the WTA did with the rising stars-campaign.

Are the rise of new events and formats good for the sport?

Events such as the IPTL and Laver Cup provide the tennis market with something new and thereby inspire players and fans. Tennis is presented in a new format and reaches new markets. The organisations mainly target financial gain, but the developments are necessary to keep up with changing times.
It has to be monitored though that the international tennis market does not fragment even further with the rise of external parties and events, and that the quality of the sport remains.

This article first appeared in Dutch on www.sportknowhowxl.nl.