Next season Chelsea will switch from Adidas to Nike kits in a deal said to be worth €66,3 million per year. That will double the number of Premier League teams in Nike’s portfolio, who only sponsor one Premier League team (Manchester City) this season. Interestingly, across the so-called Big 5 Leagues they sponsor the most teams (21) of all brands.

Let’s take a deeper look at the kit sponsorships across the Serie A, Premier League, La Liga, Bundesliga and Ligue 1 in the following infographic: 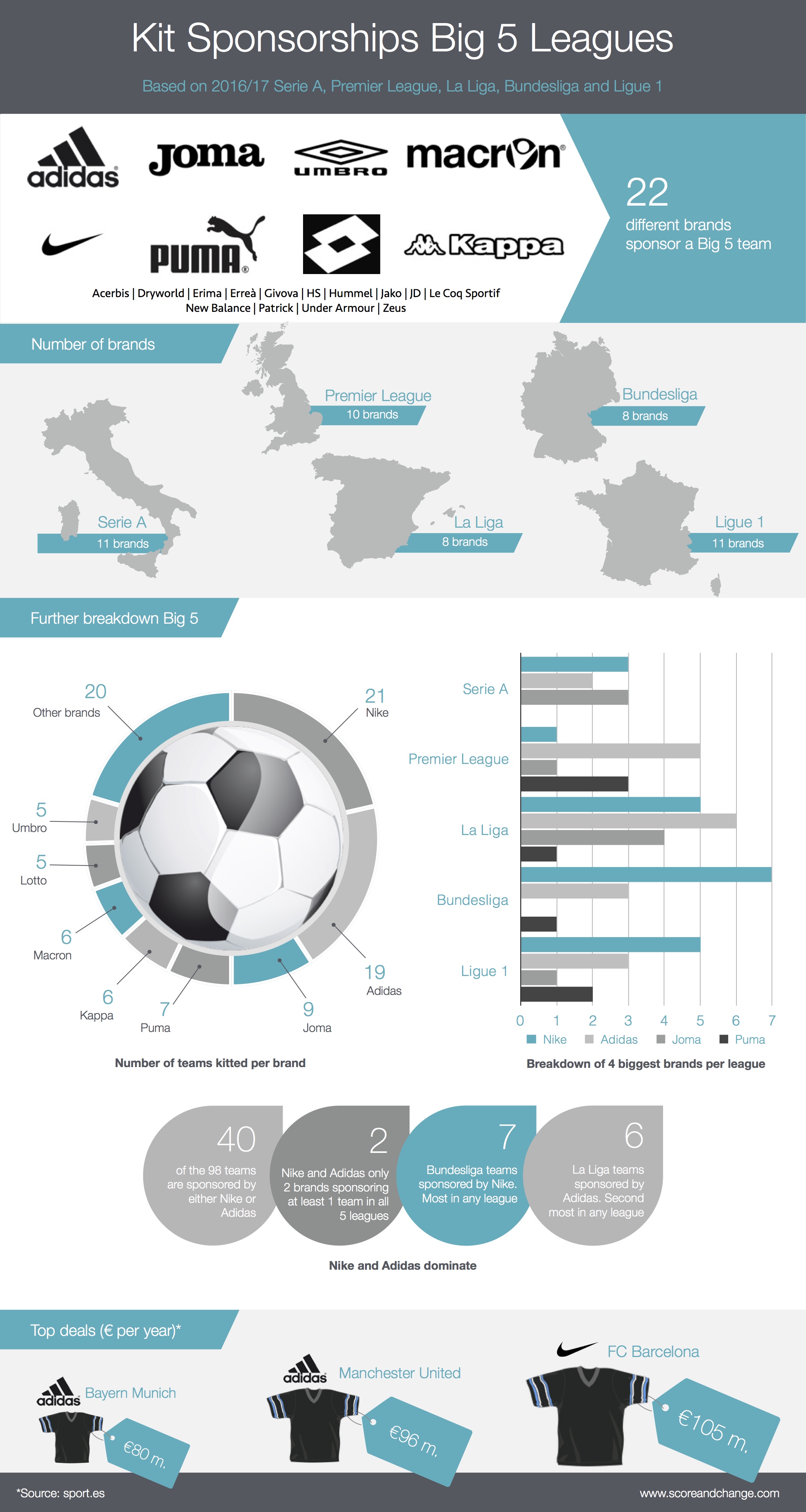