An interview with co-founders Jalen Whitaker and Jason Sherman 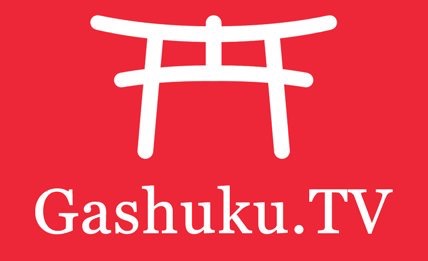 Less than a month before the public beta launch of their app Gashuku.tv, I interview co-founders Jalen Whitaker and Jason Sherman. Gashuku.tv is a live video streaming application for independent sports. Both avid sports fans; CEO Jalen and COO Jason want to make digital access to independent sports just as easy as to professional sports.

Live video streaming is hot. Over the past two years live streaming technology – due to apps such as Meerkat and Periscope – has become part of the media landscape. In no other industry it has been more disruptive than in sports. Major digital platforms have adopted this latest technology. Twitter has bought the rights to live stream American Football matches, while Facebook Live also aims for a piece of the market.

Yet most of the current platforms focus on professional sports. Live video streaming app Gashuku.tv aims for, what COO Jason Sherman calls the “secondary market”. He explains, “The secondary market, which is really not being focused on too much, which is independent sports. That is mostly parents and their kids. And then of course the minor leagues, the leagues that are not super famous and not corporate sponsored. They don’t have a way to live stream their events.”

But how do you compete with platforms, such as Facebook, where people already have a network and the ability to live stream and watch sports content?

“I have noticed that a lot of parents like showcasing their kids, like video clips and sports games, on platforms like Facebook Live and Periscope. You know the thing about that is, only parents and family friends can see that. Where these people are competing in like major sports events and they want their kid to go pro, so they are not going to go beyond that market, just posting videos on Facebook Live and Periscope,” CEO Jalen Whitaker explains.

Gashuku.tv “is specifically catered to this, as opposed to YouTube, Facebook, Twitter, Periscope, where you have to search through feeds of stuff.” adds Jason. Giving me an example, he says, “So, if say, you are a parent and you have a child doing a tournament for martial arts. Well now you can go to a feed that is specifically for martial arts and only see martial arts videos quickly. You can send friends and family to this vanity URL of your son’s name or tournament’s name and everybody can come and watch this tournament now without having to search. You know, it is convenient.”

This convenient sports app – that provides a live streaming and replay option – will roll out in the coming month. The app has already been tested internally. “Live streaming is a brand new technology. It has only been out for a year or two and there is still a lot to figure out when it comes to, bandwidth, how many people can be viewing it at the same time, how many people can be streaming at the same time.” Jason continues, “I mean, there are a lot of factors involved to live streaming. So before we open up a public beta, we want to make sure that the internal beta works well.”

The startup is in contact with 45 independent sports organisations that can play a key role in the future developments of the app. When the public beta launches, Gashuku.tv will be simple and without “a lot of features”. “From there we will start adding features based on feedback. We like to use data to drive our decisions. So based on what these 45 organisations say – we will ask them ‘here are six features, which one of these six features would you like to see first’ – and then based on the data and percentages, we will put that feature in next.”

Having 45 independent sports organisations already interested in the app gives a unique marketing opportunity. “It is a B2B methodology,” Jason observes, “One-tournament organiser can reach 5000 fans. We don’t know, but if there are 45 of those times 5000, now you are talking.” “So in my opinion, the number one spot for marketing opportunity here is hitting those independent sports organisers and letting them get us the users, because they are going to earn an income from the eyeballs. So we tell them, look, you get your people on board and you are going to earn 50% of the revenue. It is a no-brainer.”

Jalen also raises the importance of social media and word of mouth: “Social media is one of our biggest marketing tools, because it is easier to get users engaged, such as the sports leagues and the coaches. Instagram has been our main social media channel. So I really like marketing through social media. Word of mouth as well, telling family and friends. You know my brother plays for a high school basketball team, he tells his friends and they are all excited.”

Social media is also an important medium for one of their main target groups: the younger generation. Something Jalen is well aware of. “We are targeting like all age groups, but we know the majority of our users are going to be young, because they are mostly going to be players.”

Having access to so much content should make (social media) marketing easier. Jason – also active in the film industry as documentary maker – confirms this. “Absolutely. Commercials, we can do commercials using their content.” “So by taking maybe 40 different clips from 40 different live streams and doing a quick little boom boom boom, with some cool animation and music and Gashuku, you know. We will be able to do that and we plan on doing that. And they are going to like that, because they are going to be like ‘oh, I was in that commercial’. ‘My kids are in there.’ And then the parents and kids will start promoting the commercial, because they are in it. So it can get even bigger. It is all about using content and using the fan base as the marketing tool.”

The marketing plans are in place to get people to download and use Gashuku.tv and to grow the community into a household name. What about the financial plans?

The sports startup has looked at other platforms when it comes to the financial model. Jalen reveals, “I am not sure if you are familiar with YouTube’s partner program. YouTube and Twitch. So basically what we want to do is, we want to introduce a share revenue program to our customers. So basically our customers will have an opportunity to monetize their content and we will split revenue 50/50 with them. So that is our first revenue stream. Advertisement, subscriptions, and also merchandise.”

Jason gives an example. “If you go to a (professional) baseball game, around the stadium you will see these signs for like 50 different companies. Franks hotdogs, Comcast Internet, auto body shops, whatever. And those corporate sponsors pay money to be on those signs, as well as their commercials and their papers and their literature. So we won’t have that. What we will have is the opportunity for these entities, these corporate sponsors to pay the tournament organisers a monthly fee or whatever corporate sponsor fee, to be placed somewhere in the arena so they can be seen on the live streams with potentially links popping up or maybe a quick video added between intermissions. And so that is how they can monetize their content even more. And again we would revenue share those as well, everything is 50 split.”

Although such a “digital arena” is part of their financial plans, they point out that it is not their main focus. “Our main focus is to get people to post live streams, get people to watch. Get those eyeballs. And then secondary is the revenue.”

Although still early into their latest startup adventure I ask Jalen and Jason what advise they have for (aspiring) sporting entrepreneurs.

Jalen points out the importance of research and having the right team. He notes, “Without a good team, your ideas are not going to go anywhere. You have to make sure you have the right CTO, just the right everything. You have to make sure you know as much about your industry, because if you don’t, no one is going to want to back up your ideas. If you don’t believe your idea, you don’t know your industry, no one else is going to be convinced.”

Jason – who is anything but new to the startup scene given the success of his app Instamour and an upcoming book about startups – believes patience is essential. “You need patience when starting a (tech) startup. Too many entrepreneurs I’ve given up on because they just want to get things done right now, right now, right now. They don’t understand that it takes time, and like he (Jalen) said, you have to research. And it is not just having a great team; it is also having the right plan of building your startup. Because what you may think is a great idea, may not be the best idea according to your market. So what I say, the most important thing to an entrepreneur is to validate your concept with the market before you build anything. So go around, show a mock-up or tell your 36-second pitch to as many people as possible to see what they say. They may say, ‘I like that, but it would be cool if it could do this instead’ or ‘I like that, but what about this’ or ‘I don’t like it very much’. Then why don’t you like it very much? I want to know why you don’t like it very much. Validation. You got to validate your idea, because I cannot tell you, I really cannot, because I don’t know, how many entrepreneurs have come up to me and told me they spent ten thousand dollars on this app. I look at it and it is a piece of junk. It doesn’t do anything and they don’t understand why nobody downloads it. And I will say ‘well, did you show this to anybody before you build it?’ ‘No, I just paid to get it build and here it is.’ I am like: wow. And then they ask me for help. So now I am telling people to read my book and that is it.”