Football lags behind in technology 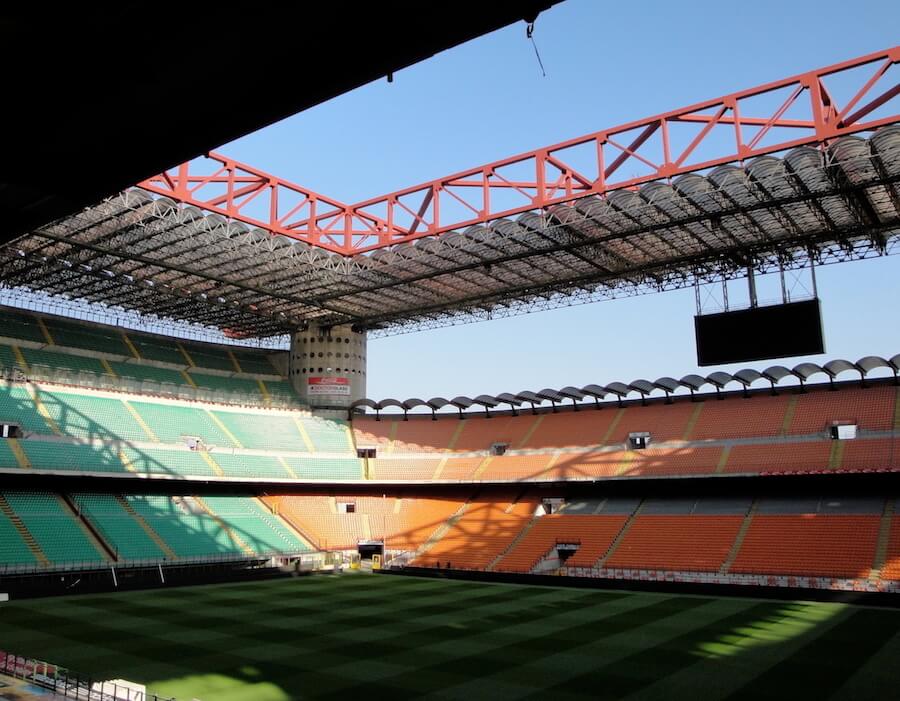 Earlier this month FIFA announced GoalControl GmbH as official goal line technology (GLT) provider for the FIFA World Cup Brazil next year. This 4D system, providing the referee instant information on whether the ball has crossed the goal line, won the bidding process from 4 contenders. Adapting GLT in football has taken a long time and has been the center of much debate in recent years. When you look at technology adaptation in major sports, to make the game fairer or even more engaging, it seems that football has been lagging behind.

GoalControl GmbH uses 14 high-speed cameras to signal the referee within a second whether a goal has been scored. After a successful run during the Confederations Cup earlier this year, they are now also official supplier for the Club World Cup in two months and the World Cup next year. The implementation of GLT has long been subject of debate, with FIFA long rejecting the idea. It is only in the last two years that FIFA opened up to the use of GLT and started testing the technology. This shift in opinion was inevitable after several controversial goal-line decisions during the World Cup 2010 in South Africa. In particular because of Frank Lampard’s goal that was never given during the England versus Germany match.
Despite being the cheaper option human capital can never be 100% correct, where GLT can. FIFA’s general secretary Jerome Valcke has claimed that installing GLT in a stadium ‘will cost as little as £100K’.
But is £100K really ‘as little as’? The amount of goal-line incidents is limited. For example the Confederations Cup saw no goal-line incidents in 16 matches. Can technology not be used in more effective ways?

Many other sports are a step, if not multiple steps, ahead when it comes to adapting technology to increase the game’s fairness. Take for example tennis and the use of hawk-eye. Hawk-eye, although not free from controversy, is a system that tracks a ball’s trajectory and shows, based on statistics, where the ball landed. Players can make a maximum of three unsuccessful challenges. This gives players the opportunity to check whether their beliefs over the outcome are correct. Although easier due to the setup of the sport, the technology is far more effective and gets in general positive reviews from players and umpires.

Another sport, more similar to football, is field hockey. Field hockey makes use of video replay. Both field umpires and teams can request video replay. A team has one unsuccessful referral per match. Situations ideal for video replay are whether the ball crossed the goal line or whether the ball was illegally played or touched inside the circle. The video umpire will review the footage and make a decision.

In the table below an overview is given of technology use in several sports.

The above gives ideas how technology can be implemented in football beyond the current GLT. However, the IFAB (International Football Association Board) has ‘unanimously agreed that any technology should be for the goal line only and that it did not support any technology in the game beyond GLT’.

In spite of IFAB’s standpoint, in what situations can technology benefit football? The obvious option is to use video referral for those moments that can change a game’s outcome. A team could for example be allowed one referral per period. This could reduce the amount of mistakes, making the game fairer. But in what kind of situations can it be used?

1. Penalties: teams are allowed to request a video review in which a video umpire decides whether it is a penalty or not.
Con: the decision remains subjective, no black-white cases.

2. Bookings: teams are allowed to request a video referral after a red or yellow card.
Con: the decision remains subjective.

3. Offside: it is very difficult for assistant referees to see whether a player is offside, as the players involved are often far apart. Video replay could assist in this.
Con: the referral can only be made when the ball is out of play. Continuing play when in doubt is required.

These are just three options how technology can be implemented in football. Technology in football definitely deserves and requires more attention and research. Implementation of GLT is at least a first step.