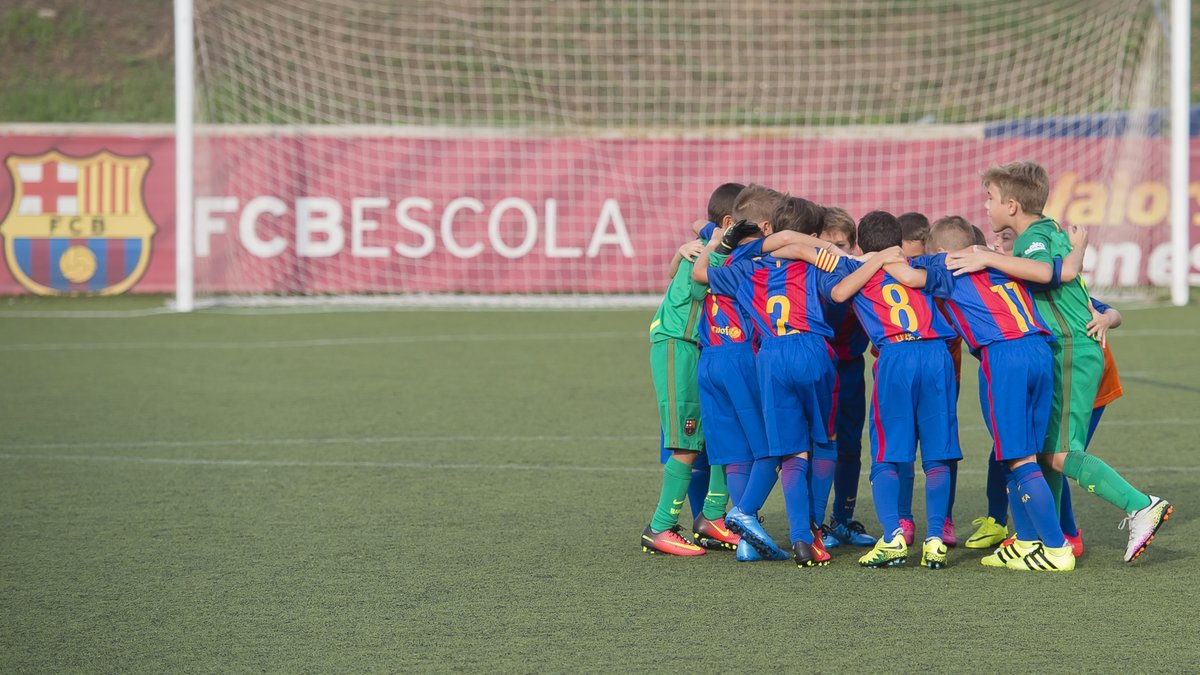 Talented football kids from Moscow (Russia), Mumbai (India), Charlotte (USA) and Lagos (Nigeria) are now able to experience the Barcelona style. These four cities are the latest places where FC Barcelona has opened a football school. Besides the Catalan club – whose academy La Masia is world famous – there are more European top clubs, opening new international football schools.
Part of a global growth strategy, these football schools (and camps) provide business opportunities and are a way to give back to the football community.

Europe’s richest football clubs are all looking for ways to spread their brand internationally among young football players and fans. Football schools and camps, which bear the names of elite football clubs, pop up around the world with the idea to let kids experience the club and style of play. Resulting in kids in different cities and countries learning how to play the Arsenal-way, how special Liverpool FC is and getting to experience the philosophy of Paris Saint-Germain.

FC Barcelona’s football schools (FCBEscola) are providing Barcelona-style training sessions to boys and girls aged 6 to 18 in 24 international cities (excluding Spain). Eight of those schools are in Asia, including one in China that currently heavily invests in football. The club also has several schools in Canada and recently opened a second school in the USA.

Clubs follow different models when establishing international football schools. Some just tie their name and brand to existing football organisations, where the infrastructure is already in place. Other clubs have started a separate branch within their organisation, like FC Barcelona, and establish the schools to an important degree themselves.

Liverpool has used its network of international partners to expand the number of football schools. Although several school locations are apparently no longer active, the Liverpool International Academy Soccer School is currently still active in 20 cities across 14 countries. With seven schools in the USA, Liverpool is clearly trying to tap into one of the fastest growing football markets.

European top clubs have also established football schools in the Middle East. Paris Saint-Germain recently opened a school in Dubai, the country of their main sponsor Emirates. The French champion now has an academy in eight countries.

Closer to the fans

Barcelona’s football schools in Nigeria and the USA offer commercial possibilities for the club in those countries. A market is entered where the brand Barcelona can be introduced locally and personally. The club can then take advantage of the (growing) market, because the club already has a presence and a better understanding of the market.

In an interview about the fast growing American football market, FC Barcelona president Josep Maria Bartomeu said that the club wants to be ‘as close as can be to our fans’. The FCBEscolas – together with foundation projects, future local plans and an office in the USA – have to bring the club closer to American fans. Bartomeu explained ‘By being closer we can generate better synergies and raise our profile considerably’.

It is a global growth strategy that many clubs have adopted over time. Like global pre-season tours, international football schools bring the brand to new markets.
Youngsters can be turned into lifelong fans by bringing them in contact with the club in a fun way.

Local marketing activities (surrounding football schools) should result in a growing fan base and eventually generate extra income. The football schools are of course also a source of income football clubs eagerly want to exploit.

A 12-week Arsenal course in the United Arab Emirates costs at least €536 (AED 2190). FCBEscola offers courses in America that run for 9 months. The organisation asks parents for a registration fee of €450 ($500). The development programme of two training sessions and a match per week (accessible to everyone) cost an extra €854 ($950), while the competitive programme of three training sessions and a match per week (for selected players) cost €1754 ($1950).

The number of kids participating varies enormously per location. PSG’s inaugural try-out sessions in Dubai had 250 children participating. While FCBEscola in Florida (USA) is said to accommodate over 2000 kids and is continuously growing.

Top clubs keep opening new schools. This year Barcelona has opened four new schools and PSG one, while Arsenal started a permanent programme in the USA. This suggests that international football schools are profitable for the clubs and that there is demand for it. Explainable as kids and also parents want to be associated with Europe’s elite clubs. Parents also have the still hope their child will be scouted. Reason enough for many parents to pay the sometime enormous amounts.

There are clubs that use football schools as a way to give back to the football community. Real Madrid – according to Deloitte the richest football club last season – has 372 social projects in 76 countries (including Spain). The Real Madrid Foundation supports all the projects to a certain degree and fans can donate money to 213 projects.

Several clubs have (foundation) projects that offer football programmes and camps (free of charge) to underprivileged kids or in growing markets. Sometimes this is done in cooperation with language schools to give kids a multidisciplinary learning experience.
Overall it seems a great way to give back to the younger football community.

For kids is must be great to be part of one of the world’s best clubs. The question is whether these football schools are positive for the local football community. Are Barcelona’s schools and Liverpool’s academies contributing to the development of players and the sport in the areas in which they are active?

The danger exists, if that is not already the case, that clubs open football schools just for commercial purposes. With in the long run potentially negative effects for local clubs, which fall short to the European football schools in name, but not necessarily in quality.

This article first appeared in Dutch on www.sportknowhowxl.nl.