Philanthropy: How Federer influences the future of a million kids 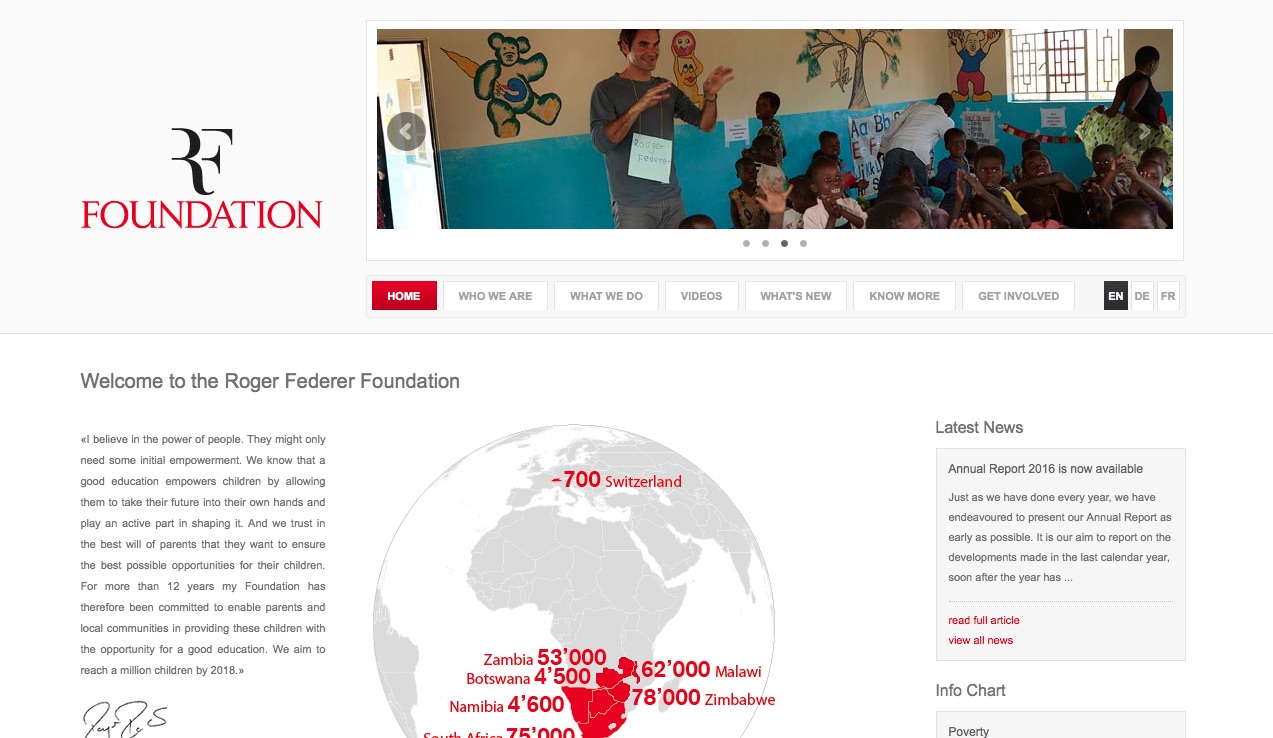 Star athletes are loved and seen as role models who are in an ideal position to raise awareness and funds for good causes. At times these athletes work closely with existing philanthropic organisations, for example by becoming UNICEF ambassadors. Others establish their own foundation as a result of altruistic, social and financial motives.

The more popular an athlete is, the higher the chance that they can generate a lot of exposure around the foundation and its mission. This would normally make it easier to raise funds, either through (personal) sponsors, the sale of merchandise or personal donations.

Many by athletes established foundations have contributed enormously to issues in society that needed attention. However, essential for realising this is good governance that aims for concrete, attainable and measurable goals. An athlete should not just raise major sums of money from fans, but mobilise companies, fans and communities to get involved themselves and to make a difference. This does take various qualities, like personality and leadership, from star athletes.

Roger Federer is an interesting example of an athlete that uses his status and personal qualities to give back to society through his seemingly good governed foundation. According to many the Swiss, or Swiss Maestro, is the greatest tennis player of all time. He has won a total of 91 titles, of which 18 Grand Slams. He has also gotten plenty of recognition as fan favourite, for his sportsmanship and his philanthropic work.

His philanthropic work really kicked off with the establishment of the Roger Federer Foundation in 2003. It fulfilled the wish of his family – who are also part of the Board of Trustees – and himself to give something back. The foundation has a clear (twofold) goal. It “wishes to empower as many African children as possible through access to high-quality early learning and education” and “promote under-privileged children in their recreational activities” in Switzerland.

With a direct link to Federer’s personal interests and heritage – his mother being South African – the foundation focuses on six countries in southern Africa and Switzerland. Not merely by delivering equipment, but by working with selected local organisations to give people the tools to “realise sustainable change and resultant improvement of the situation”. So far (up to the end of 2016) the foundation has already invested 29 million Swiss Francs to realise this.

His sponsors such as Rolex, Nike, Wilson and Mercedez-Benz also contribute to the fundraising events like Match for Africa and in return receive a lot of goodwill.

The first Match for Africa took place in 2010 between then world number one and two Rafael Nadal and Federer. Over ten thousand people attended the match in Zurich, before the two rivals played a match in Madrid the next day benefitting Nadal’s philanthropic endeavours. The two matches raised over four million dollars. 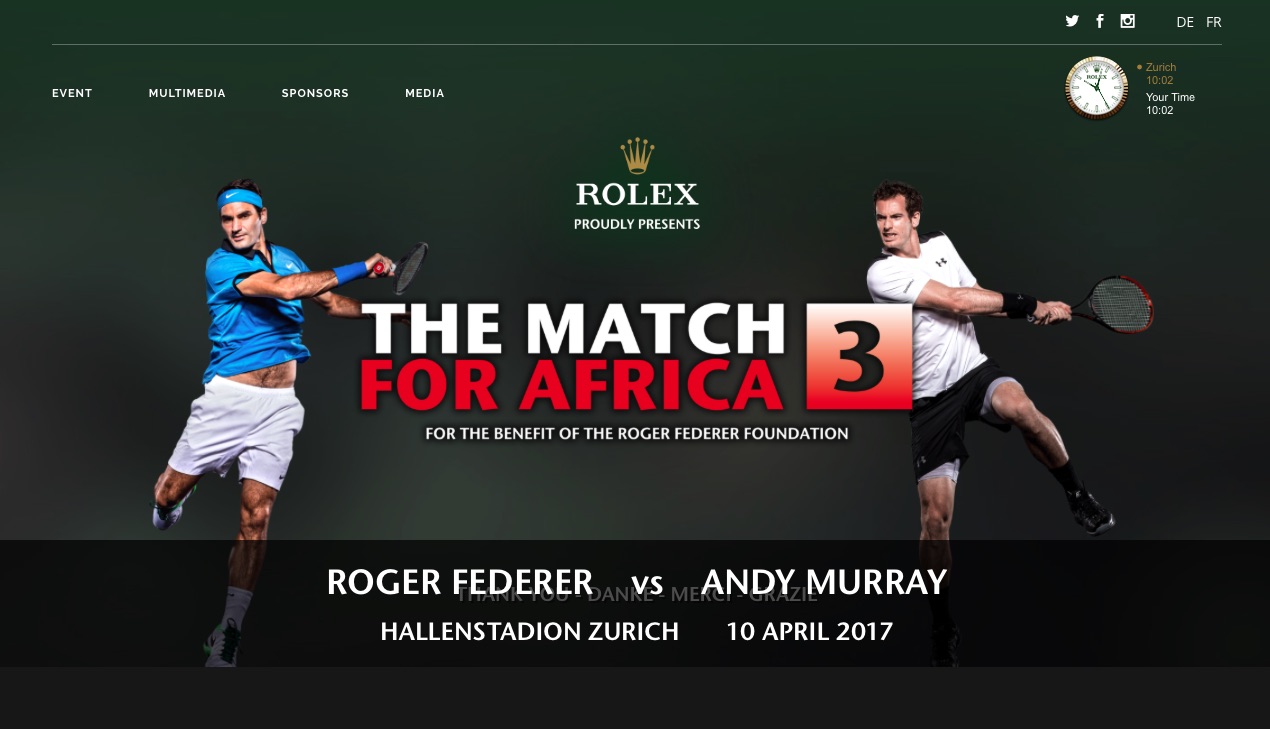 In 2014 a second Match for Africa took place with fellow countryman Stan Wawrinka.
The third Match for Africa took place in the beginning of April this year with world number one Andy Murray. In a sold-out stadium with eleven thousand spectators the two played an exhibition match that raised (at least) 1.4 million Swiss Francs. To promote the event Federer and Murray had played tennis on a floating raft on the river the Limmat earlier in the day. Fans could bid on memorabilia or donate money that would also enter them into a draw with prizes such as a Meet and Greet with Federer or a five-day safari trip to South Africa.

A fourth Match for Africa, with guest player John Isner, took place on April 29 in the American city of Seattle. Microsoft-founder and philanthropist Bill Gates and Pearl Jam’s Mike McCready were also present to play doubles.

The proceeds of these matches all contribute to the foundation’s concrete goal to have supported more than a million children by 2018. Till now the foundation has helped over 600,000 children, of which 275,000 are currently actively supported.

What is especially positive about the Roger Federer Foundation is the intention to make an investment with every received dollar that realises sustainable change in the long run. Education is the perfect tool for this. The events, such as the Matches for Africa, are used to raise funds, but also to promote the foundation and its mission to a large group of people.

Special of star athletes like Federer is that they are capable of mobilising people and organisations to give a better future to those less fortunate. In that way they are able to make a difference!