Teams use Chinese New Year to engage with Chinese fans 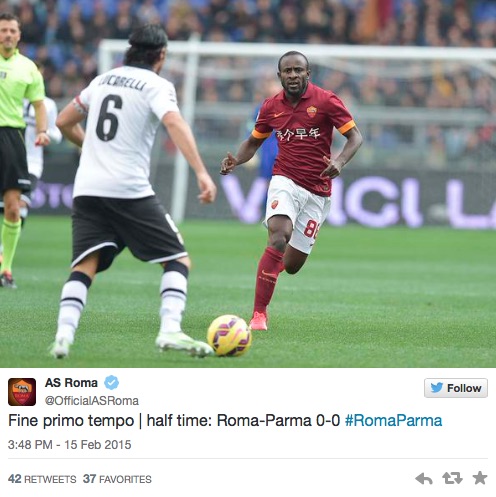 There are enormous opportunities for international sports teams in the Chinese market. The NBA calls China their largest international market. While European football teams are increasingly targeting the Asian market both online and by playing matches in the area. Many football clubs are active on Asian social media sites. The Red Card 2015 report by Mailman Group gives an overview of football’s top teams in the Chinese social media landscape. The report notes that ‘we now see more than 30 active teams across China’s social media and video network’ and that ‘teams have quickly realised that China is a key component of becoming a global team’.
The Chinese New Year, starting on the 19th of February, is an ideal time to leverage these digital channels and engage with Chinese fans. An opportunity many European and American sports teams are trying to take advantage of.

Football club AS Roma wished Chinese fans a Happy New Year by wearing custom jersey in their match against Parma. The Chinese greetings on the match shirts are ‘a first step in a comprehensive plan to directly engage with (a) large Chinese fan base’. The 0-0 draw with Parma was broadcast nationwide in China. The initiative cleverly coincides with the launch of the club’s official Sina Weibo channel. In addition to the custom jerseys, the club posted personal messages from players on the new digital channel. 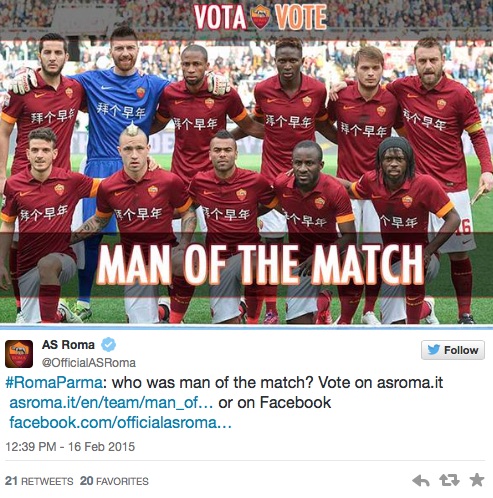 Last month both NBA teams unveiled custom jerseys specially designed for the Chinese New Year. The Warriors will play four matches in their custom jerseys. Two of those matches will be broadcast in China. According to Warriors President and Chief Operating Officer Rick Welts, the Chinese New Year uniforms are a way ‘to recognize the tremendous fan base that our Asian community represents’. ‘Connecting with our Asian community is a priority for our organisation.’ 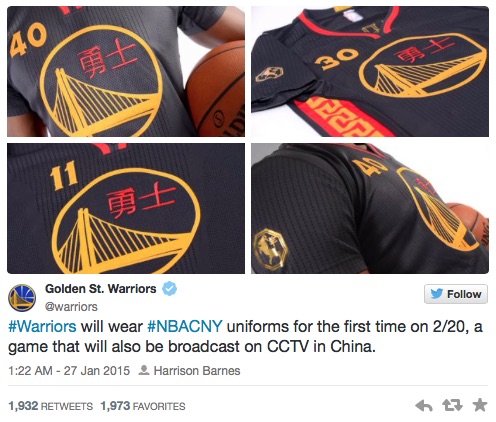 The Rockets will wear their custom jerseys on three occasions and have a week of Chinese New Year celebrations. Rockets owner Leslie Alexander says that ‘the Lunar New Year uniforms represent a great opportunity to honor our incredibly loyal and passionate fans throughout China’. 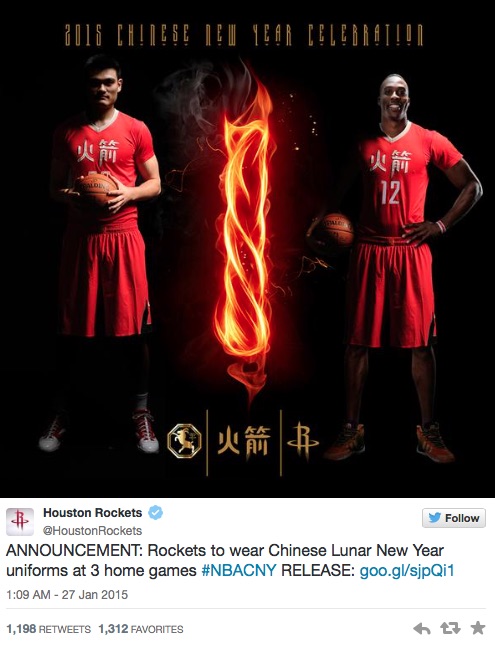 The NBA will also celebrate the Chinese New Year. From February 19th till March 4th 56 live games will be broadcast and streamed in China. They will also broadcast a special commercial that embraces the diversity of the league’s fans.

Manchester United and FC Barcelona are two of the major players in European football and both have a huge international following. For three years FC Barcelona has taken the Chinese New Year as a moment to engage with and honor their Chinese fans. It seems logical they will do so again this year. Last year Barcelona played with a special badge on their jersey to honor the year of the horse. In addition, players had a personal message for their Chinese fans.

Manchester United will share videos in the week leading up to the start of Chinese New Year in which several players take on challenges (cooking Chinese food, chopsticks and calligraphy) in a popular Chinese restaurant in Manchester. Other players will have a personal message in both English and Mandarin for the Chinese fans.