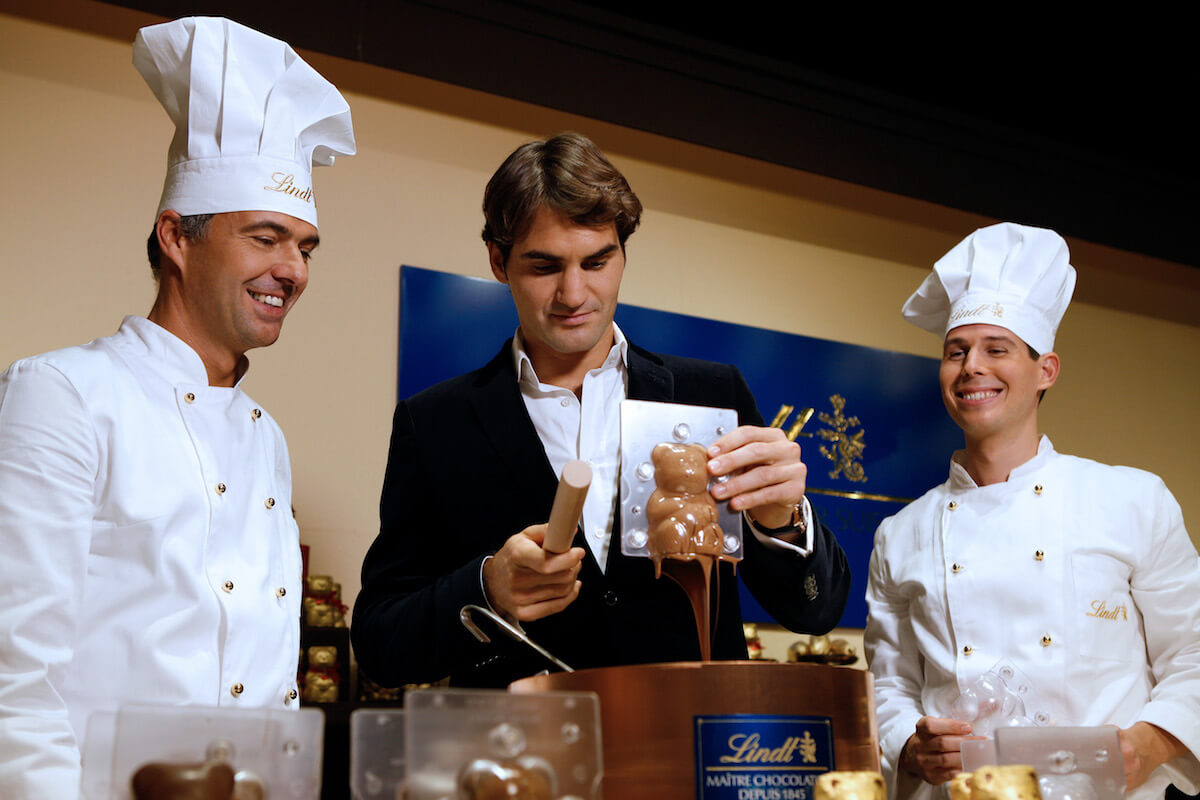 Roger Federer is one of the greatest tennis players of all time. He has great charisma on and off the court. Qualities that make major brands line up to sponsor him.

The Swiss also earns a lot of money off-court from sponsoring. Forbes Annual Ranking of top-paid athletes puts Federer’s endorsement earnings at $65 million a year. Which makes him first in the ranking of endorsement income for tennis players and seventh overall. It is also far more than Nishikori, Djokovic and Nadal earn from endorsements.

Below we take a look at Federer’s sponsors that contribute to the $65 million of sponsor income. In a second part about the brand Roger Federer we look at the Swiss’ businesses, including the Roger Federer Foundation.

At the moment Federer has 12 sponsors, including five Swiss companies. The brands are active in different industries, from financial services to watches.

In November 2019, Federer announced a partnership with Swiss shoe brand On. The deal is not a sponsorship, but rather a business agreement. Federer will work with the company as entrepreneur to help shape its future.

Some of Federer’s previous partnerships were with Nike, Gilette, Emmi and Swiss International Air Lines SWISS.

Uniqlo and the Federer logo

In March of 2018 Federer’s long-term deal with Nike ended. After a lot of speculation whether the two parties would renew, Federer and Japanese company Uniqlo announced their partnership on the first day of Wimbledon. The Swiss still wears Nike shoes.

Uniqlo – who already sponsors Japanese star Kei Nishikori and ended its partnership with Djokovic in 2017 – is said to pay $300 million to Federer over 10 years.

For now the RF logo is owned by Nike, but it is expected to return to Federer in the near future.

Federer has been playing with Wilson rackets for a long time and is said to have a lifetime deal with the American company. He has switched frames a few times, most notably going to a bigger frame.

Federer co-designed the Pro Staff, the racket (a version of it) he currently plays with. Wilson released a Roger Federer’s 2017 Mini Racket Collection. A limited edition of 10 mini-rackets celebrating the Swiss’ 2017 season.

In 2009 Federer partnered with Swiss financial services company Credit Suisse. On a company page dedicated to him the company states that “the attributes Roger represents are 100 percent aligned with who Credit Suisse is as a brand”. With Federer’s “standards and his commitment to delivering an exceptional performance at all times” highlighted.

Qualities that other sponsors also identify as reason for partnering with him. Just like his philanthropic work. Credit Suisse even contributes one million US dollars to the Roger Federer Foundation until 2019.

Jura, a home appliance company focussing on coffee, started their partnership with Federer in 2006. Federer can be seen in company commercials and on coffee packages. 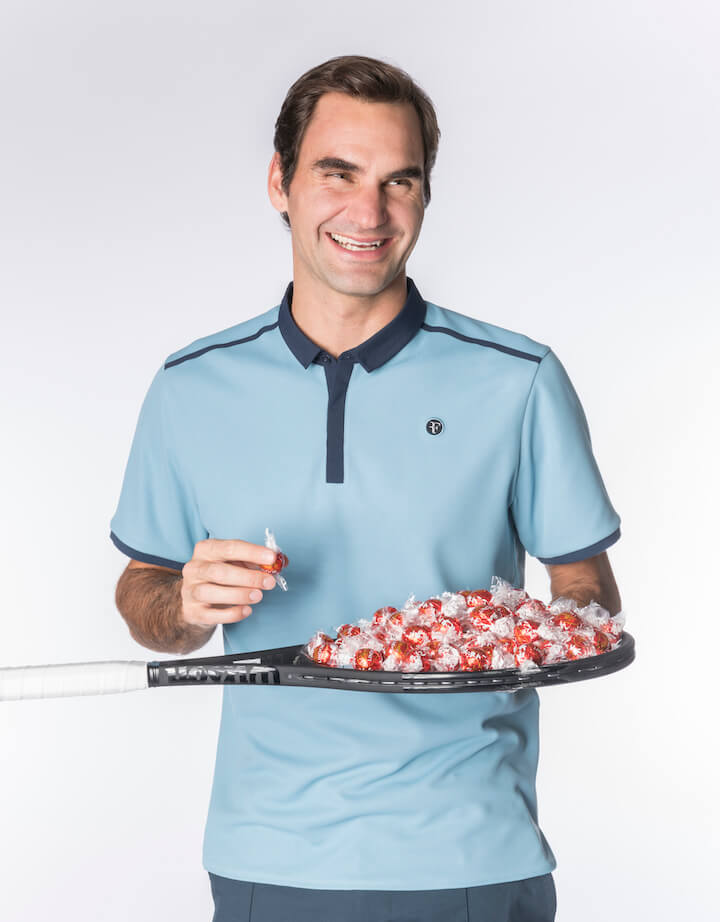 Lindt is one of Federer’s sponsors. Photo: Lindt & Sprüngli

Lindt, producer of luxury chocolate, extended their partnership at the end of 2017. The partnership includes joint events, charity activities, and commercials that help Lindt’s strategy to enhance brand awareness worldwide.

For Sunrise, a private telecommunications company in Switzerland, Federer has featured in several commercials in his home nation.

High-end watch brands and tennis go well together with both industries having the characteristics of elegance and precision.

These similarities in image results in many well-known brands like Rolex, Citizen, Richard Mille and TAG Heuer being involved in tennis and sponsoring players (e.g. Nadal, Osaka).

Federer started his current partnership with Swiss watchmaker Rolex in 2006, after he had been an ambassador for the company before. He can be seen in Rolex commercials, including those around the Australian Open (which Rolex also sponsors).

Rolex is not the only luxury brand sponsoring Federer. In 2012 French brand Moët & Chandon introduced Federer as brand ambassador, replacing actress Scarlett Johansson. The winery company also sponsors the ATP World Tour (just like Rolex), which at times leads to some shared promotion.

NetJets is another partner of Federer. The private airline company lets their customers own part of their business jets, which is also the case for Federer.

Like watch brands, car manufacturers sponsor a lot of tennis organisations and players. Peugeot has a whole campaign set up around their players, while Kia also has multiple tennis partners including Nadal.

In 2008 Federer teamed up with Mercedes-Benz for a strategic partnership in China. Since 2010 this has become a global partnership. The car manufacturer also sponsors Federer’s brainchild the Laver Cup. The Swiss maestro has featured in several commercials for the German car brand, including one with his (fictional) family and another playing tennis against a Mercedes-car.

Barilla and Rimowa the latest addition

In 2017 Federer announced his partnership with Barilla, an Italian food company known for its pasta. A surprising partner given that it is not similar to the many high-end brands he is involved with. Nevertheless, it is a fitting partnership as he is a family man and apparently likes his pasta.

Another fitting partnership is with luggage manufacturer Rimowa. The German brand signed Federer in 2018. He featured in the company’s first global campaign to celebrate its 120th birthday.

With $65 million in sponsorship income in the past year alone, it is clear that Federer is a valuable sponsorship partner. Brands want to tie their name to the Swiss maestro, because of his qualities and the values he represents. That will remain the case even when his playing days are over.

In the second part of The Brand Roger Federer we take a look at Federer’s businesses.