Social media takes a central role in how sports entities communicate with their fan base and the media. Clubs and sports entities are proud of the amount of online followers they have. More online followers indicate a bigger reach. Yet a successful social media strategy is not solely measured by the number of followers. What matters more is whether you are successful at fan engagement and conversions.
Going from just broadcasting your message to interaction and online fan engagement is no simple task. So here are 7 online fan engagement ideas from football.

Fans can vote on club logo

New York City FC is big on online fan engagement, while they are yet to play their first official match. The club asked New Yorkers and fans beyond the city to vote on one of two designs created by designer Rafael Esquer.
Fans were also able to create their own badge with a badge generation tool. Their creations will be integrated in the badge mosaic that is going to be displayed at the team’s facilities.

More and more clubs give fans a voice when it comes to jersey design. Roda JC (Dutch team in the Jupiler League) asked their fans for jersey designs for the 2015-16 season.
(via @CasperLeeuw)

Bring fans via online channels into the stadium

Last season Manchester United teamed up with Google to bring 22 fans from around the world, including fans from South Africa, Malaysia and Namibia, to Old Trafford. Via a Google hangout these fans were given the opportunity to be in the Theatre of Dreams and were shown on the pitch side digital hoardings.

With many fans using a second screen during matches, clubs are integrating their fans’ social media activity within the stadium. Southampton FC for example has shown fans’ tweets on the pitch side digital hoardings.

Major League Soccer: Your picture on a jersey

Major League Soccer has announced that season ticket holders will get the opportunity to have their picture in jersey numbers in August 2015. All MLS clubs will participate and it is for all matches in the month of August. 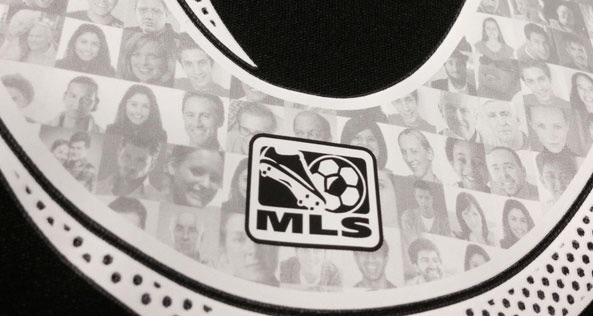 AS Roma asks fans to ‘ride with us’

The ‘ride with us’ campaign gives AS Roma fans the opportunity to have their photo on the new team bus. For €19,27 ‘you can be part of the Roma experience’.
(via @SBI_Barcelona)

Juventus: Top 20 tweets of the month

Juventus chooses 20 fan tweets each month. From great pictures to expressing their love for the club, Juve shows their fans that they appreciate their tweets.

Do you have a great example of fan engagement?