Make fans part of the team

Go Ahead Eagles (team in the Dutch Eredivisie) decided to take their team picture accompanied by their 12th man.

Manchester United involved their fans to reveal this season’s jersey. Walking through the streets of Manchester, singing ‘Glory Glory Man United’, the fans show the evolvement of the club’s jersey through the years.

There is a reason fans are called the 12th man. The effects a great atmosphere can have on a team are immense. Jose Mourinho recently criticized the atmosphere the fans at Stamford Bridge produce. Consequently the Independent tested (not too scientifically) which fans are the loudest in the Premier League.
Wembley Stadium’s arch now has a lightning system that not only responds to goals scored or team’s colors, but also to the noise fans make. The lightning system can be used as a sort of in-stadium decibel meter. (Via @SportTechie)

The Royal Dutch Football Association (KNVB) and sponsor Heineken asked fans to participate in an attempt to break the world record of longest Mexican wave when The Netherlands played Mexico in the Amsterdam Arena.

A Champions League final is a maximum of 120 minutes of football plus penalties. In order to engage fans UEFA organizes a special show before kick-off, as is common at major events. In addition, the Champions League has a special fan zone (Champions Festival). This fan zone ensures that fan engagement is possible in the days leading up to the event, when many fans are already in the city. It includes games for kids, autograph sessions and other activities. 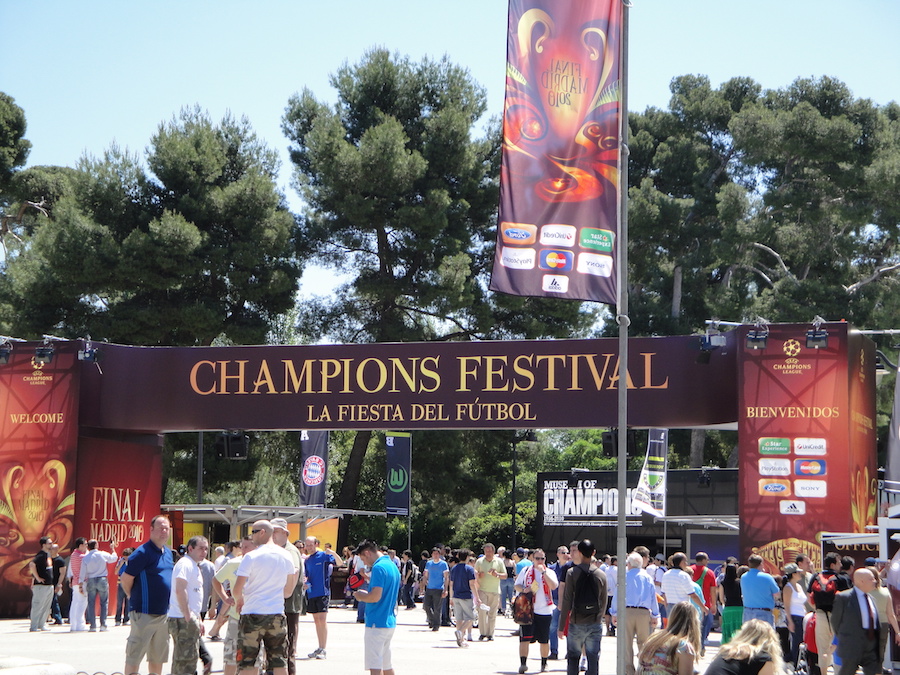 To bring the event to the fans, FIFA has had several ‘Trophy tours’. The trophy goes around the world to the countries or clubs that participate in the event. Fans therefore get the opportunity to see the trophy up close and take a picture with it. The trophy tour does not only promote the event, it also gives FIFA an opportunity to spread the word on certain issues and engage fans.

Do you have a great example of fan engagement?