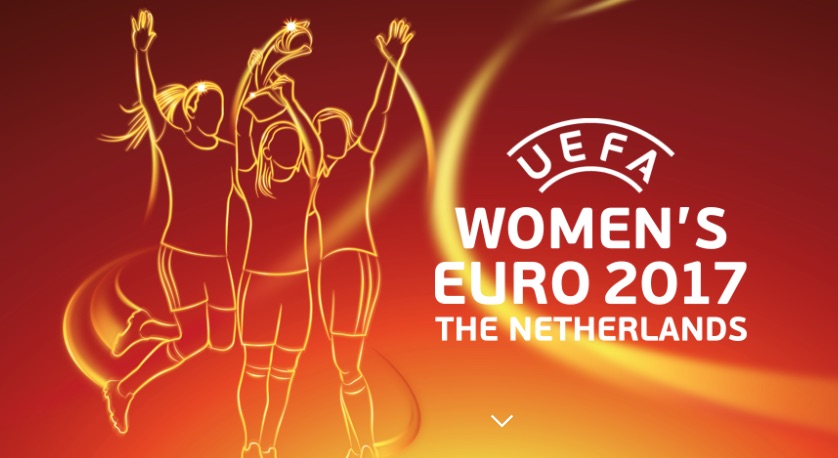 The UEFA Women’s EURO takes place in the Netherlands between July 16 and August 6. 16 European nations participate, including Germany – champion of the last six editions – and five debutants. The 31 matches will take place in seven stadiums across the Netherlands.

Below we take a look at some need-to-knows about the UEFA Women’s EURO 2017. From the first Panini women trading cards to campaigns to get the youth involved in women’s football.

Below an overview of the 2017 Women’s EURO groups, including each nation’s kit sponsor:

The tournament – together with the World Heart Federation and the Dutch heart foundation – wants to raise awareness of the importance of being active in everyday live. A new mobile app around the tournament encourages fans to cycle and walk to the games. This health campaign is perfect for a cycle-friendly country like the Netherlands. The free Active Match App helps fans on match days to get to the stadium and to park their bikes. After each successful journey on foot or bike, the fans get details about the distance travelled, calories burned and CO2 emissions saved. They also enter into a prize draw that includes tickets to the final.

The Dutch football association and the Dutch heart foundation also set up a campaign in the Netherlands to make kids aware of the importance of being active. They created a being-active program that was introduced at schools. The organisers also released several videos explaining nine different exercises to keep fit and active on their own YouTube-channel.

This health campaign complements the many other campaigns around the tournament to get the Dutch youth to go out and play.

An educational program called Kicken was developed to introduce kids to the tournament and women’s football in a fun way. Kicken also focuses on working together and the relationship between being active, healthy food and health. The website gives a lot of different educational lessons surrounding football for all ages up to twelve.

Football clubs could also request material to organise a friends-day, so more kids could get familiar with football. A smart and simple way to give clubs the tools to recruit more footballers and hopefully raise the game in the country.

During the tournament there are also fan zones in each host city. The fan zones are often focussed on the youngest members of society. They are a great way to introduce kids to the game in a fun manner. There are group marches to the stadium, games and father-daughter tournaments.

Below an overview of the ticket prices at the Women’s EURO 2017:

The total EURO prize purse has increased to 8 million Euros. In 2013 this was just 2.2 million Euros. Below an overview of the prize money awarded in each round:

A few interesting campaigns have been set up around the UEFA Women’s EURO 2017, with the Dutch especially aiming for more football participation among the youth. Hopefully it will lead to great returns for women’s football.