4 business takeaways from the IPTL setup 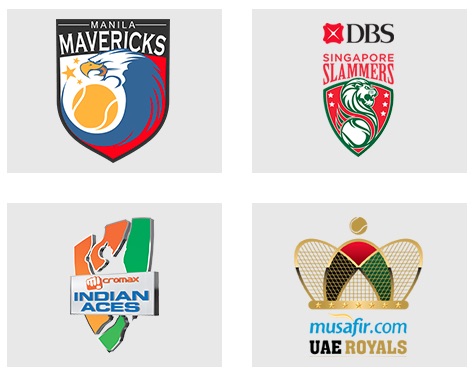 The International Premier Tennis League (IPTL) setup and seeming success confirm that tennis is on the rise in Asia. By providing tennis in a new format with new rules in a different period to Asian fans, the IPTL is valuable in growing tennis worldwide. Especially the WTA, but also the ATP, has shifted its focus to Asia in recent years. The IPTL now helps in satisfying the growing interest in the region.
Mahesh Bhupathi, Indian professional tennis player and founder of the IPTL, has been able to bring singles and doubles stars from the past, present and future together to provide professional team tennis to an existing and new audience. That is in spite of players’ complaints about an overloaded tournament schedule in recent years.
What are some business takeaways from the multi-million dollar IPTL setup?

The IPTL line-up: 21 Grand Slam Winners and 14 World Number Ones

The WTA, ATP and ITF perceive the IPTL as another attempt at bringing exhibition tennis to the fans. Yet, compared to many previous attempts, the League is very well organized. The four franchises in Manila, Singapore, New Delhi and Dubai participated in a draft to assemble their teams. The format has attracted quality players including S. Williams, Djokovic, Federer, Sharapova, Agassi, Ivanovic, Sampras, Hewitt and many more. With a total prize money budget of $29.7 million, including $1 million for the winning team, and a base salary, many players have been willing to travel and play in their offseason.
Major sponsors are needed to be able to offer such sums of money. Coca Cola (as title sponsor) and Quatar Airways have provided the IPTL their cooperation in making the event into a success. Together with franchise sponsors, these multinationals have given the franchises the opportunity to draft quality teams to compete in the different cities.

Supply where there is demand

‘It is great to be able to play tennis in parts of the world that do not have a huge tennis heritage but have a big fan base’, Andy Murray said earlier this year.
A study by Repucom’s SportsDNA confirmed the interest the Asian and Middle East regions have for tennis. Interviewing people between age 16 and 69 they concluded that Singapore has ‘the highest proliferation of tennis fans amongst the four countries’ with 40% of the people interviewed interested. 11% of the population in India, 20% in the UAE and 17.4% in the Philippines has an interest in the sport. Remarkable high numbers for countries where other sports are more popular, for example cricket in India.
In addition, India and the Philippines have had few to no professional tennis events in their country. Federer, for example, had never played in India before last week. Yet the banners around the stadium indicated that he is just as popular in India as in many other parts of the world.

The format played at the IPTL is completely different from ‘traditional’ tennis or from other exhibition matches. Is the format better? Probably not for tennis, but for exhibition tennis it is. It is a quicker and more exciting format. Features as time-outs, shoot-outs, a shot clock and in-game entertainment make the event a mix of tennis and entertainment. This can especially be the right way to attract a younger generation.
Including no-add scoring, the format speeds up the games. This enables fans to experience up to 24 different players in one evening for a fair price, compared to the two or four they would normally see. The format also gives broadcasters a better idea on how much time is needed to broadcast the event. At least a far better idea than is the case at normal tournaments.

Another element introduced in the IPTL format is the ‘Happiness PowerPoint’, giving returning players the opportunity to get two points by winning only one. Whether the rule is really needed is another discussion, but at least the IPTL found a great way to incorporate their main sponsor Coca Cola’s motto into their rules!

Imitation: Lessons from other sports

Is the IPTL the future of tennis?

As mentioned before, the governing bodies in tennis see the IPTL as an exhibition tournament. The League provides a product that is a mix of tennis and entertainment rather than tennis as entertainment. The initial reaction to the event is positive. It targets new and existing fans in a relatively new market where little to no professional events have ever been held. Yet there are many existing fans that do not like the new format. Or those that think the players are just cashing in, in the offseason after earlier complaining about the busy schedule.

It is unimaginable to think this format may one day be the way professional tennis is played. Given the fact that tennis is a sport of tradition, the IPTL can only be seen as a supplement. Yet, when the IPTL takes off and the four franchises turn into Bhupathi’s desired eight, it can result in a profitable product. A profitable product the ATP, WTA and ITF will want a piece of.

What do you think? Is the IPTL here to stay? Does the format need improvement?