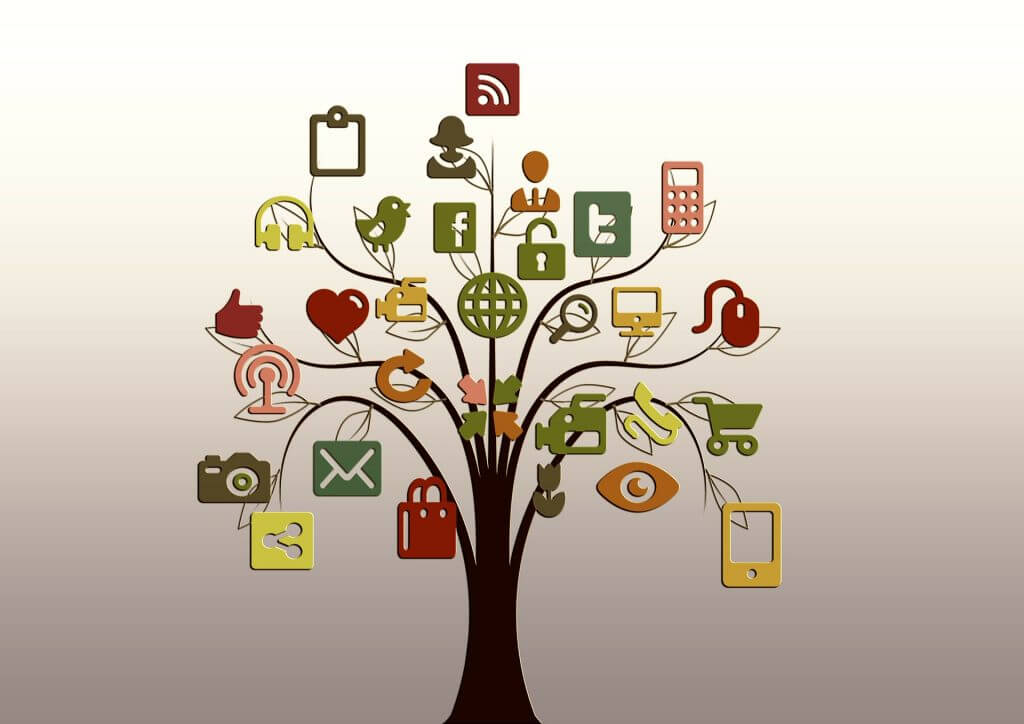 All but one club in the top five European football leagues are active on Twitter. Many of the clubs are connecting with their fans on at least three different social media channels. In order to really connect with fans, grow a community and get a return on investment, clubs need to know why fans follow their social media channels. When clubs have that knowledge, they can create content that satisfies their fans’ needs.

The Eredivisie (highest Dutch football league) does yearly research into fan experience, including the social media needs of fans. They found that 87% of Dutch football fans would like general news about the club, while 68% wants messages from players and coaches (2012/’13 Eredivisie Fan Onderzoek).
There are numerous reasons people follow sports clubs on social media, what follows are eleven reasons that stand out. 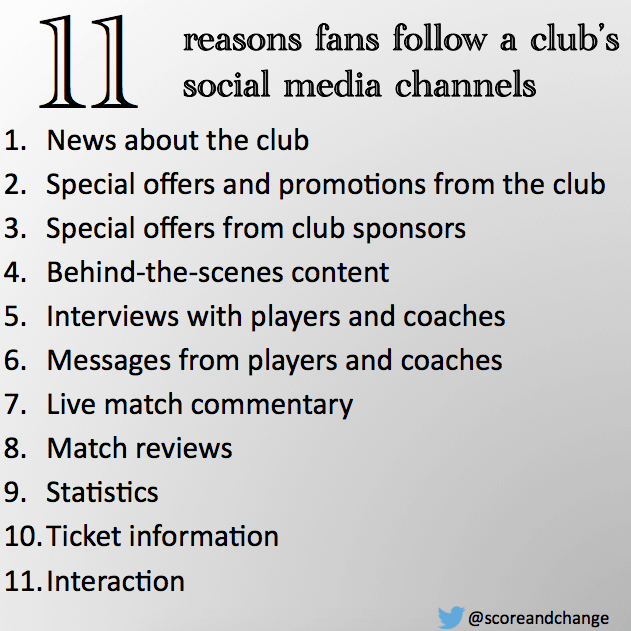 1. News about the club

Primarily fans want to be informed on everything – e.g. new signings, new coach, injuries and fixtures – that is going on at their favourite club. The Eredivisie Fan Review showed most Dutch fans indeed follow their club to get news updates.
A club’s website is the main platform for fans to get the latest news, but social media channels give fans an opportunity to consume content faster. This is especially the case when they follow multiple clubs.

2. Special offers and promotions from the club

Another important reason fans follow a club is the special offers that are often advertised on social media channels. Sometimes there is even a requirement to follow the club in order to enter a competition or get a special promotion.

Sports organisations have the power to show certain content that traditional media cannot. Fans want to get a unique behind-the-scenes look at warm-ups, the dressing room and press conferences. Increasingly, clubs and organisations are trying to offer this to fans.

5. Interviews with players and coaches

Fans want to know how players and coaches are doing and what they are thinking. Interviews are the ideal way to provide this to them. The Global Sports Media Consumptions Report 2014 reported that 16% of online fans watch videos of player or manager/coach interviews.

6. Messages from players and coaches

The Eredivisie Fan Review found ‘messages from players and coaches’ to be the second reason (with 68%) fans follow a club’s social media channels. It seems that fans want to know that their favourite players (coaches) ‘care’ about them and they want the players (coaches) to personally tell them.

Live match commentary gives fans the ability to follow a match on their mobile (or any other) devices when they cannot watch the game. Fans will follow live blogs and use apps to stay up-to-date, but Twitter is also a handy tool to monitor a game.

Quick and easy to read content reviewing matches on social media channels. But also highlights of key moments, quotes from players and other related content are reasons fans follow a club’s social platforms.

The Global Sports Media Consumptions Report 2014 says that ‘statistics and information’ is the second most popular sports content read online (49% of US fans), only after sports news. The same report reports that 12% of US sports fans track game statistics on a second screen while watching an event or match.
Statistics is rapidly gaining interest among fans. Social media is the ideal platform for clubs to provide fans with easy to consume statistics.

Fans want to know basic ticket information. When will tickets become available? How much will they cost? It is clearly important for clubs to relay this information to fans, as full stadiums are desired.

Social media has brought fans closer to their idols and favourite brands, making it easier to connect. Interaction is an important reason for fans to follow a club’s social media channels. It is a way to interact with players that are not active on social media through ‘question and answer’ sessions.
Social platforms also give fans the ability to give an opinion via for example polls on who is the Man of the Match or what will the starting line-up look like.